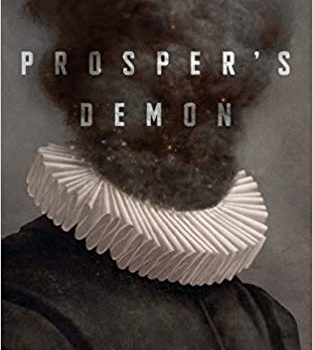 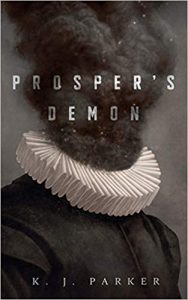 One of the things you can count on from a K.J. Parker story, along with the dry wit of the prose, the morally dubious narrator, and the richness of his faux-historical Europe, is a fascination with the actual issues of economics, production, and manufacture that most fantasy writers blithely ignore: how, exactly, do you get millions of arrows made and delivered and paid for in time for a battle (as in Savages), or find a source of blue pigment for manuscript illumination? In Prosper’s Demon, he devotes several pages to explaining how to go about casting and building a giant bronze statue, in a passage that somehow makes thoroughly useless information thoroughly entertaining. It also gives us a remarkably clear glimpse of what work was actually like in a world like the one Parker constructs from bits and pieces of real history, and it becomes the most ambitious project undertaken by the unnamed narrator of the novella, who essentially makes his living as a freelance exorcist.

The tale begins, violently enough, with the narrator waking up soaked in blood next to a young woman whose throat has been torn out, which he immediately sees as a problem to manage rather than a tragedy (we’re helpfully told that marble is “about the only substance blood doesn’t soak into permanently”). It seems that, while the narrator can forcefully remove demons from the humans they inhabit (even though this may result in serious harm to the victim), those same demons can sneak into his own body and cause it to commit horrendous acts – which in turn can result in the exorcist himself often becoming a fugitive. “I have an idea you’re not going to like me very much,” he tells us early on, adding, “I do terrible things.” But he also is one of a fairly small number of individuals born with the gift of flushing out demons (of which there are said to be 72,936 on Earth, 109 in his jurisdiction), which he does several times a week. When he reads an announcement of a princess about to give birth under the auspices of her beloved tutor, Prosper of Schanz – who promotes himself as the most brilliant man who ever lived and employs two full-time biographers – the narrator realizes he has a duty to protect the newborn prince from possession and manages to cajole his way into the presence of the enormously obese Prosper, who, as a Renaissance rationalist, doesn’t believe in possession at all. Ironically, the narrator finds himself collaborating with Prosper in constructing the colossal bronze horse that the Duke has commissioned in honor of the new prince’s birth.

Characteristically, Parker intersperses his tale with revealing anecdotes from the narrator’s past, acerbic asides on the nature of politics and science, sharp-edged portraits of mostly unsympathetic, clueless, or self-absorbed secondary characters, and a surprisingly provocative debate on the nature of art, virtue, and power. And as usual, this lends his rather slender narrative the texture of a longer novel. Prosper’s Demon may be modest in terms of plot, but it’s rich with spiky ideas and with Parker’s inimitable and always entertaining voice.

I usually only have one complaint about K.J. Parker’s novellas: I want them to be longer.

It’s not that the stories themselves feel unfin­ished, mind. It’s more that by the time I’ve fallen into the world he has built and begun to delight in his wit and word choice, the story is done and I am sad. Prosper’s Demon fits that pattern.

I mean, it’s a solid shorter story. A name­less narrator/exorcist wanders the medieval-ish countryside, looking for demon’s to evict from their human hosts. There is one who is our nar­rator’s nemesis, who is tracked down by said narrator. Complications ensue and the story is the narrator’s apologia about his choices in the case.

Prosper’s Demon is a satisfying snack that is completely comfortable with being one. But part of me still wishes it was an entire meal. 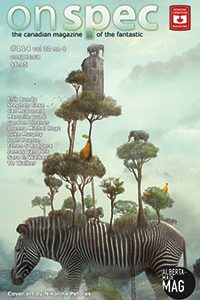 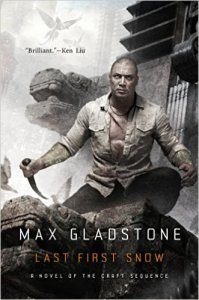 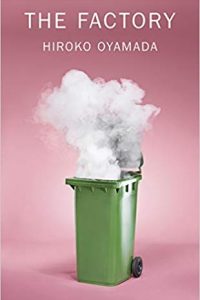