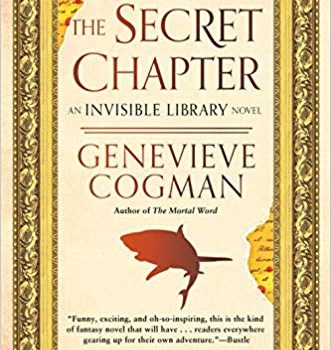 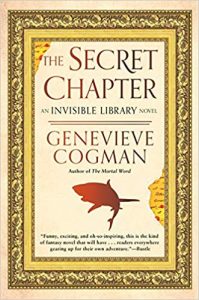 Librarian Irene and dragon prince Kai are off on yet another quest for a special book – but this time their quest is complicated by the brand-new treaty they helped broker between dragons, Fae, and the Library. They can’t steal from participants in the treaty, but they have a possible out with the help of a mysterious Fae known as Mr. Nemo, a criminal mastermind in best cliché-ridden Fae style, with a strong helping of James Bond. He’ll help Irene and Kai if they help a crew of Fae criminal types steal from a major museum in a world that somehow combines high order (computers) and magic. The caper isn’t as tidily planned as I hoped for – they basically wing it – but there’s lots of entertaining bickering and banter, an interesting surprise, revelations about Kai’s family, and, for the first time, we actually meet Irene’s parents, though the encounter’s a bit anti-climactic. 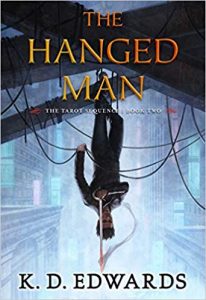 Rune Saint John, heir to the fallen Sun Court among the Atlantean Arcana living on New Atlantis (formerly known as Nantucket), is reduced to dodging ghosts in the ruins of his family home, searching for things he can sell. Things only get worse when his ward Max reveals he’s been hiding his betrothal to the Hanged Man, an unsavory Lord of the Arcanum known for necromancy, mutilation, and a series of marriages to partners who are never seen again after the wedding. Then some ex-vassals of the Sun show up, needing Rune’s help to find another young man who fell afoul of the Hanged Man. Rune sets out to find the missing man with his Companion Brand and his new boyfriend Addam, but Addam’s frustratingly weird brother Quinn, a seer, has warnings that as usual make no sense until it’s almost too late. Rune and Addam have a cute thing going on, but Quinn keeps stealing the show with his adorable determination to help despite his inability to communicate – while things get terrifyingly weird, and Rune struggles to keep ahead of disaster. Fortunately, he’s smart enough to pull it off in entertaining style. 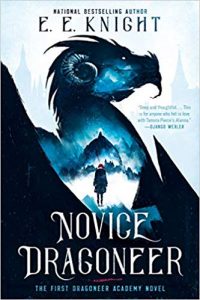 Ileth, an orphan girl with a stutter, raised to be a servant, meets a dragon with a female dragoneer, and decides she’s going to be a dragoneer herself in this fun fantasy adventure, the first volume in the Dragoneer Academy series. As soon as she’s old enough, Ileth runs away to the Serpentine Academy. They don’t want to take her in at first, but she wears them down, and stubbornly deals with students born to wealth and privilege and teachers biased against females. Ileth fights her way through it all, even a duel she doesn’t know how to fight and a first flight that goes spectacularly wrong in a good way. This underdog-at-school story avoids being cliché with some grittier-than-usual elements, intelligent dragons, and some unusual twists, for an involving and entertaining start to the series. 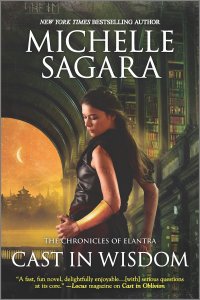 A very strange magical school becomes the centerpiece of this entertaining 15th novel in the Chronicles of Elantra series. Kaylin Neya – now a Corporal with the Hawks – gets a new task: figuring out what the Barrani fieflord Candallar is up to. He allowed a Barrani Lord of the High Court to enter the dangerous place called Ravellon in the center of the fiefs, and exit with Spike, a creature made of Shadow. Kaylin’s investigation, in company with her partner Severn and the dragon Bellusdeo, gets quickly sidetracked by the oddness of the border areas between the fiefs. These areas exist in some way out of time and normal space, and one building turns out to be a trap, a seemingly sentient structure with time loops and some weird books that drag the Arkon out of the Palace to help investigate. Some of the more peculiar members of the cohort staying with Kaylin also tag along, but at least this time they mostly stay out of the way and don’t overload the story. As usual, Kaylin’s peculiar powers come into play in a new way, while the time loops end up being rather nightmarishly fun, with an intriguing interplay with the ancient past and some nicely snarky “ghosts.” 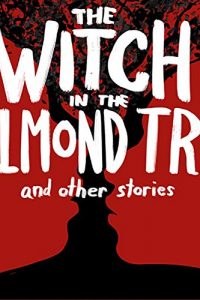