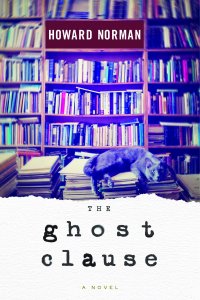 Never having read any of Howard Norman’s previous dozen widely acclaimed books, I was eager to have cause to trek through his newest, due to its falling within my fantastika remit. I discovered a charming, meticulously crafted, laid-back ghost story, a kind of inversion of Thorne Smith’s Topper, not quite so absurdist. Whereas, in that classic, a ghostly husband and wife haunt a bachelor, in Norman’s version the spirit of a single man—well, single by virtue of being “divorced” from his loving wife by death—haunts a married couple. The book recalls Smith’s work again insofar as it is more often drolly humorous than not, remote from horror’s more extreme boundaries. Still, there is melancholy and poignance aplenty. But aside from its inherent virtues, it offers some instructive lessons about the apparent differences between mainstream and genre ghost stories.

Norman deftly weaves backstory and real time events in an alluring tapestry which I shall unravel for the sake of synopsis.

There are two couples at the center of the tale: Simon Inescort, our ghost, and his wife/widow, Lorca; and Zachary Anders and his wife Muriel Streuth. The Inescorts are youthful-middle-aged, while Zach and Murr are in their twenties, just starting out. Simon is—or was—a midlist fiction writer till his fatal heart attack, while Lorca is a fine-arts painter. (I was amused and pleased to find that Simon and Lorca met in my native Providence, while Lorca was a RISD student. Norman limns the scene well.) Murr is an adjunct professor just on the point of getting her dissertation published—she’s focused on the work of a contemporary Japanese poet, whose verses end up embedded in the lives of the couple at certain key points—while Zach is a private investigator for a small detective agency. The paths of the four protagonists cross when, after Simon’s passing, Lorca decides to sell their charming old Vermont farmhouse. It’s a perfect fit for Zach and Murr.

However, no one realizes that Simon’s shade has also resumed residence in the place—probably because Lorca chose to bury his corpse right beside his little writing cabin. Simon can float invisibly all around the house, yard and cabin, but no further. Additionally, he can interact physically with things: taking favorite books off the shelves, setting off motion detectors, harassing the cat, etc. His days and night are spent passively observing the busy life of Zach and Murr, and longing after Lorca whenever she pays a friendly call. I should mention here that the book is also well populated with a dozen other distinctive folks, making the whole Vermont small-town scene vibrate authentically.

As far as any central plot engine goes, that duty might fall to Zach’s quest to recover an abducted child, a bit of suspenseful intrigue which Norman plays out well. Otherwise the book is taken up with Murr’s scholarly progress, Lorca’s adjustment to widowhood, love affairs, community affairs, and of course the philosophical musings of our narrator, Simon. He chronicles his life as a bodiless intelligence in the phantom “ongoingness” with a meditative wryness and acceptance, touched with just a few regrets and residual aspirations. The climax of the book, involving Lorca and Simon, finally ramps ups the emotional intensity.

Looking at Norman’s novel side by side with work from authors such as Graham Joyce, Nathan Ballingrud, and Tim Powers, immediate differences pop out. Despite being narrated by a ghost, the book is ninety percent concerned with quotidian affairs. In fact, at some points I began to wonder if the tale could have been told equally effectively without Simon being there at all. But the resonant supernatural ending scotched that surmise, and in fact Simon’s presence does impinge significantly. And of course his rather aloof and removed vantage confers a certain level of omniscient yet biased narration not otherwise obtainable, a la DC Comics’ Deadman.

But really, in contrast to the genre authors, Norman is barely concerned with the supernatural. He slights the mechanics of Simon’s interaction with matter. For instance, at one point Simon prunes some favorite trees when he thinks no one is looking. But what would someone have seen? A pair of branch loppers floating at work in midair? Norman avoids giving us that image, either because he deems it too silly, or just does not find it interesting. Likewise, you will certainly encounter no demons racing down the ley lines of the interstate highways as in Powers. And any metaphysics underpinning the “ongoingness” are elided as well.

Norman’s main characters are all from a certain well-bred stratum of society and deal with each other with a punctilio and correctness that sometimes approaches blandness. There are emotional outbursts, but always finally tamped down, and really resulting in no long-term fallout. Zach’s criminal case brings in a little grittiness, but even the kidnappers are somewhat bourgeois. The fact that the tale takes place during the years 1994-96 allows Norman to avoid many uncomfortable twenty-first-century strictures and constructs and demands also. It’s funny how twenty years ago now looks so distant and foreign, simple and peaceful.

Ultimately, after all of the other threads have been knotted and tucked away, Norman pulls a sly maneuver by highlighting something we have taken for granted: Simon’s voyeurism. This practice is foregrounded and explicitly connected with Simon’s proclivities as a fiction writer, serving as an indictment of sorts against Simon and his breed. Is there hope for reformation of character even among the dead? Maybe with the help of a good woman.

More resembling The Ghost and Mrs. Muir than James’s The Turn of the Screw, The Ghost Clause is a benign haunting that leaves readers and participating parties happier for its happening. 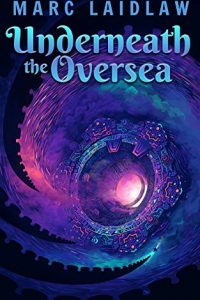 Paul Di Filippo Reviews Underneath the Oversea by Marc Laidlaw 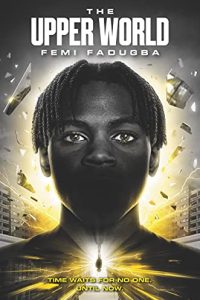