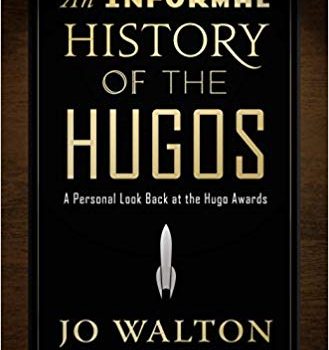 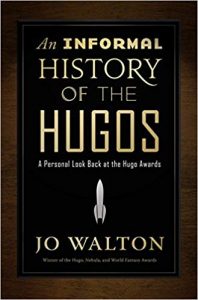 Since their inception in 1953, the Hugo Awards have been SF’s most unignorable elephant in the room, providing generations of readers with a de facto canon and reading list, despite an often wild inconsistency and occasional tendency to reward beloved authors simply because they’re beloved. For those reasons and others, it’s a fairly easy game to spot oddball or undeserving winners – Mark Clifton & Frank Riley’s They’d Rather be Right, which won the second novel Hugo in 1955, is the favorite whipping boy – but quite another to look at other books published in the same year, whether or not among the nominees, and show just how many now-canonical works inexplicably seemed invisible to Hugo voters. This is essentially what Jo Walton has set out to do in An Informal History of the Hugos: A Personal Look Back at the Hugo Awards, 1953-2000, a series of columns written for Tor.com beginning in 2010 and now collected in book form. In the case of They’d Rather be Right, she points out that overlooked novels included Clement’s Mission of Gravity, Pangborn’s A Mirror for Ob­servers, Asimov’s The Caves of Steel, Anderson’s Brain Wave, Matheson’s I Am Legend, and even Tolkien’s The Fellowship of the Ring (although it would be quite a few years before Hugo voters began giving serious consideration to fantasy). By the same token, we could find such oddball misses among almost any list of awards, in or out of genre; in 1961, certifiable classics like Lee’s To Kill a Mockingbird and Updike’s Rabbit, Run lost the National Book Award to a now-forgotten Conrad Richter novel, The Waters of Kronos.

So the value of Walton’s book – in some ways a companion piece to her other collection of Tor.com columns, What Makes This Book So Great – lies not in identifying such howlers – in fact, she con­cludes that Hugo voters got it more or less right some 69% of the time – but in the lively and opinionated discussions of the winners and losers, of which books have lasted and which haven’t, and why. Walton includes not only her original columns, but selec­tions from the online comments, and the comments, especially from Locus contributors Gardner Dozois and Rich Horton, are so extensive and thoughtful as to make the book virtually a collaboration. (It also, sadly, becomes another reminder of Dozois’s encyclopedic knowledge of the field, and the degree to which he, as much as anyone, shaped the evolution of short fiction from the 1980s on.)

Each chapter follows the same structure: boiler­plate about where and when that year’s Hugos were awarded, followed by nominees and winners in each category (usually with brief comments), then by titles that might have been nominated (in later years, this include nominees for other awards such as the Nebu­las or Locus Awards), an assessment of which books have lasted (based on the pretty unscientific criteria of whether they’re in print or in her local Montreal library), comments from Horton, Dozois, and others, and finally – really the most valuable part of each chapter – a short essay by Walton about a single title, usually but not always that year’s winner. (She offers a fine essay on nominee Have Spacesuit, Will Travel in the year that Blish’s A Case of Conscience won, for example.) She doesn’t attempt to read every single nominee, and doesn’t mind admitting her own biases. She adores most of Heinlein and Cherryh, but hated Neuromancer and didn’t bother to read sub­sequent Gibson novels. She’s suitably miffed when a popular veteran like Asimov wins for a flawed work like The Gods Themselves (over Silverberg’s now-classic Dying Inside), puzzled when the 1958 “New Author” Hugo went to No Award over Brian Aldiss and Kit Reed, and critical even of revered winners when she judges the work among the au­thor’s weaker efforts (such as Le Guin’s “The Word for World is Forest”). Sometimes, as with Delany’s Babel-17, she just seems to be on a bad date, tak­ing a more neutral “it’s not you, it’s me” stance. In other cases, she takes the opportunity to champion an oddball masterpiece like Disch’s On Wings of Song, which lost to a fairly ordinary Clarke novel, The Fountains of Paradise.

As should be apparent by now, a good part of the fun of reading these columns all in one place is argu­ing with her judgments, as her respondents often do with grace and good humor – something not always so much in evidence in online venues these days. As to the question of whether this exercise does much toward validating the Hugos or dismissing them as dated artifacts of particular Worldcon times and places, the answer, as Walton notes in her conclusion, “feels like a wishy-washy ‘well, sort of’ as a con­clusion” – some winners are now almost forgotten, and some are enduring classics that were recognized immediately. What the book does demonstrate is that, even if the history of the Hugos is as much a history of fannish taste as of the growth of SF, arguing about them never gets old. 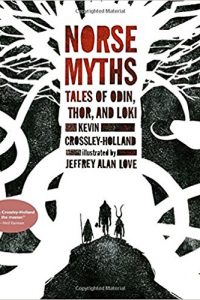 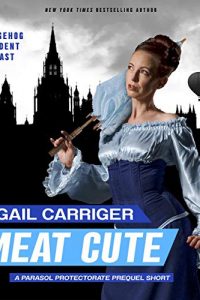