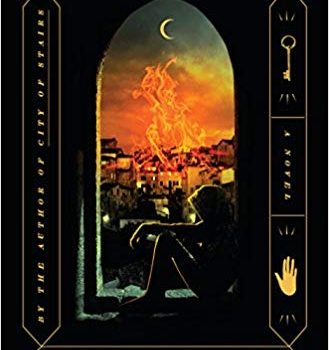 Michael Bishop, The Sacerdotal Owl and Three Other Long Tales (Kudzu Planet Productions 8/18) The latest collection from noted author Bishop offers four tales, two newly revised: the borderline novel And Strange at Ecbatan the Trees and “The Gospel According to Gamaliel Crucis; or, The Astrogator’s Testimony”. Bishop adds a chattily informative afterword on how he came to develop his own imprint at Fairwood Press, the choice of stories, and the origins of each, plus some frequently amusing notes.

Becky Chambers, Record of a Spaceborn Few (Harper Voyager US 7/18) The third book in the Wayfarers series follows the Exodan Fleet of generation ships that fled devastated Earth, but now have a star to orbit and new alien technology and trade, causing some serious cultural changes. Chambers focuses on diverse individuals, painting a poignant picture of ways the changes affect the Exodans, along with an alien ethnologist and a young man wanting to immigrate.

P. Djèlí Clark, The Black God’s Drums (Tor.com Publishing 8/18) Steampunk, alternate history, and orisha magic mix in this fast-paced retro-Afrofuturistic novella about a teen planning to escape New Orleans on a smuggler airship, and the secrets she holds about a kidnapped scientist, a mysterious weapon, and the orisha who gives her divine powers.

Philip José Farmer, The Philip José Farmer Centennial Collection (Meteor House 7/18) The life and work of one of SF’s Grand Masters are celebrated in this hefty collection of 59 pieces, including some of his most noted stories, novel excerpts, non-fiction, and even two poems, arranged by decade, and interspersed with biographical introductions to each decade by Michael Croteau.

Jeffrey Ford, Ahab’s Return: or, The Last Voyage (Morrow 8/18) Ford, an award-winning author noted for his use of allusion, dives right in to the classic story of Melville’s Moby-Dick, producing a sequel (of sorts) in the form of a fascinating historical fantasy mystery. In this world, Moby-Dick is non-fiction written by Ishmael, and Captain Ahab didn’t die – but it’s taken him years to get home, everyone believes him dead, his wife and child are missing, and he’s come to 1850s New York City to find them.

Nick Mamatas, The People’s Republic of Everything (Tachyon 8/18) Mamatas brings his distinctive humor and personal and political points-of-view to this collection of 14 stories, one new – plus his preferred text of the short satirical novel Under My Roof, about a family building a nuclear bomb and seceding from post-9/11 America.

Christopher Ruocchio, Empire of Silence (DAW 2018) A condemned man, called both hero and monster, tells the story of his youth in this epic SF novel, the first volume in the Sun Eater series, set in a far-future star empire ruled in a brutal style that owes much to ancient Rome and the Inquisition. Young Hadrian Marlow would rather be a scholar than rule like his ruthless father, but his efforts to escape result in adventures ranging from coliseum fighting to exploring ancient alien ruins, and meeting the implacable alien enemies of mankind who will play a big role in his future. This impressive first novel makes a sweeping start to what promises to be a truly epic series.

Karl Schroeder, The Million (Tor.com Publishing 8/18) Schroeder weaves a twisty, adventure-filled SF novella set in the future world of Lockstep. A young man, a “visitor” illegally raised by a family of the Million who control Earth, pretends to be a dead member of the ruling elite in order to solve the murder of his adoptive father.

Jo Walton, An Informal History of the Hugos: A Personal Look Back at the Hugo Awards, 1953- 2000 (Tor 8/18) Take a fascinating tour of SF’s past through this year-by-year look at the Hugos – what won, and what, in hindsight, probably deserved to win. Originally posted on Tor.com, this includes select comments from online, so while Walton focuses primarily on the novels, frequent commenters Gardner Dozois, Rich Horton, and others help cover short fiction and more. 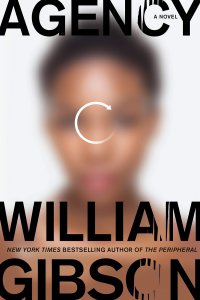 Discussions of non-fiction lead to discussions of poetry lead inevitably to discussions of music. Cecelia Holland, Stefan Dziemianowicz, Peter Straub, F. Brett Cox, Ellen Datlow, Michael Dirda, Guy Gavriel Kay, Paul Graham Raven, and Russell Letson lend their musings. As always, this discussion is broken up into multiple pages for ease of reading. If you’d like to read it all on a single page, select ‘View All’ from the drop