August 2016—
Issue 336, Vol. 28 No. 12, 32pp
• This special “Distant Paradises” issue features an essay by Robert Eldridge about SF Edens, and an essay by Jeremy Adam Smith about “Jewish SF and the San Francisco Bay”.
• Other essays are by Brian Stableford, Mike Barrett, Victor Grech, and Darrell Schweitzer.
• Reviews are Peter Rawlik on a performance of Lovecraft poems; David Mead on Allen Steele; Dan’l Danehy-Oakes on The Big Book of Science Fiction; and Michael Levy on Peter Beagle. 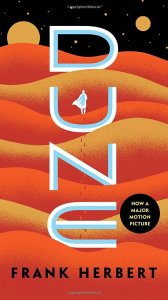 The last two decades have been a very good time for genre writing in Israel. We see more and more writers and more and more works – from Weird Fiction to hardcore SF and everything in between. One thing, how­ever, is obviously missing, at least for me as a reader and an editor: the Jewish heritage. The Bible (the Old Testament), the Talmud and other Rabbinical sources, all the way