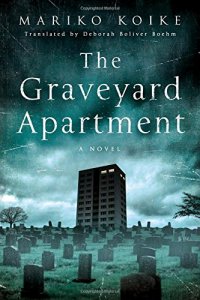 Based on available information, Mariko Koike appears to have had and continues to enjoy a remarkable and prestigious career in her native Japan, with her first novel appearing as far back as 1985. But for English-language readers, she remains an untranslated enigma. AbeBooks lists but one or two of her titles in English, long out of print. Luckily, that situation undergoes a partial reversal with the appearance of The Graveyard Apartment in an edition from a well-known and high-profile firm, unlike the earlier small-press English-language editions. And it proves to be a splendid introduction to this fine writer. The Graveyard Apartment is a classic ghost story or weird tale, along the lines of milestone work by Shirley Jackson or early Stephen King. You won’t encounter a postmodern, surreal New Weird puzzler here, as in something by Thomas Olde Heuvelt or Nathan Ballingrud. Instead, you will feel you are reading some mid-century-modern classic you never encountered before.

Originally issued in 1993 in Japan, the book takes place in a pre-internet era of 1987 (where the nonexistence of cellphones proves essential for suspense), a fact which I’m sure has something to do with the book’s feel of remote distance. In many ways, 1987 was closer to 1927 than it is to 2017. In fact, while reading Koike’s novel, you might hark back all the way to Victorian times, to such a tale as Rhonda Broughton’s “The Truth, the Whole Truth, and Nothing but the Truth,” about a haunted London flat.

We start out with some solid deft grounding work. In just the first few sentences, Koike swiftly and gracefully introduces us to the young Kano family: wife Misao, husband Teppei and kindergarten-age daughter Tamao. They have just moved into their dream apartment in a small high-rise in the Tokyo suburbs. The building’s only drawback is its proximity to a cemetery (and Buddhist temple and crematorium). But all the other conveniences easily outweigh the proximity of that slightly eerie neighbor. I mean, after all, easy-going family members still visit the crumbling graves on holidays, don’t they?

Despite the premonitory death of a pet bird on that first day of occupancy, all seems bright for the family. (We will experience life through the eyes of both husband and wife, but primarily the latter.) The comforting daily rituals of domesticity are lovingly catalogued by Koike, and of course many of the quotidian details are alluringly and delightfully different to Western readers.

But there is a worm at the heart of the family. Misao and Teppei had been conducting an illicit love affair that led to the suicide of Teppei’s first wife. They seem to have overcome this tainted beginning, but it has implicitly set them up for the horrors to come.

Not, I should hasten to add, that Koike’s tale is preachy or moralistic. There is no direct cause-and-effect relationship between any venial sins and the ire of the undead that is to follow. And we will see that other, presumably blameless parties suffer also from the catastrophes ahead. In fact, there is a certain amount of Lovecraftian impartial existential hostility of the cosmos at play in this book. Why do bad things happen to good people? Just because the universe is built that way.

Having introduced her small but effective cast—including Teppei’s brother and wife and other residents of the Central Plaza Mansion as well—Koike very deliberately begins to increment the weirdness—the bulk of it centered in the building’s basement—but in very gradual steps. The first major supernatural outburst does not occur until halfway through the novel. Even after that, she does not belabor or pile on the occult eruptions. But when they do occur, she renders them in minutely creepy fashion, as below:

Not long after that, the noises began. They were macabre, disturbing, and distinctly unpleasant. The unsettling cacophony included the whistling of a high wind, which seemed to be traveling along the electrical cables on the ceiling; a sort of discordant screech, as if an unmusical child were fooling around with a violin and bow, randomly scraping at the strings; a squishy slapping, as of a throng of giant reptiles thrashing around in the murky mire of a swamp; and the stealthy murmuration of an immense number of voices, whispering secretly among themselves. Teppei was standing perfectly still, his mouth hanging open in disbelief. His T-shirt was now completely untucked from the waistband of his jeans, and the icy wind lifted it into the air, exposing his slightly flabby midriff.

The book reaches a devastating climax in near-Ballardian fashion, winding up the interpersonal relations as well as the human-nonhuman interactions.

Koike’s deliberate, unaffected, almost bland treatment of the events and her troupe ultimately make for a novel that is far more effectively shocking than many a more-splatterpunk effort. The fact that all this happens in the midst of an otherwise ignorant and fully functioning Tokyo adds to the unease. Who know what else is going on in any big city while the majority of us blindly run in our little grooves and tracks? That’s the ultimate baleful message of this very good book.

Finally, a big round of applause to translator Deborah Boliver Boehm for a subtly acrobatic performance in rendering the English version. 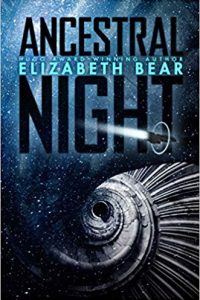 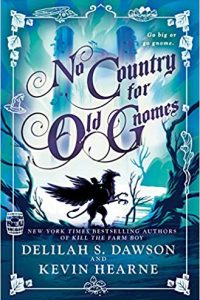