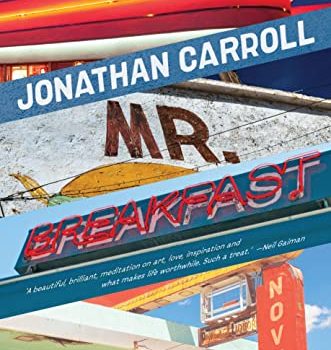 Albo, Mike: Another Dimension of Us

Young-adult gay fantasy romance novel of alternate dimensions and time travel. Teens accidentally swap minds and bodies across the astral plane, between 1986 and 2044, and one needs to be rescued from a demon.

Apocalyptic fantasy novel set in a Tibet struggling with nuclear winter, haunted by spirits, and facing prophecies of doom. Karma, young man with prophetic powers, seeks his missing father and a mountain said to connect the physical world with the spirit world, offering a way to save the planet.

Non-fiction collection of essays, book reviews, and letters on many topics, including reading, writing, and publishing, with musings on “the fantastic tale.”  Translated from the Italian by Ann Goldstein.

Contemporary fantasy novel. A comedian-turned-photographer gets a tattoo and starts seeing mirror versions of himself, and is told he can choose one of three versions of his life.

The story is framed by a journalist interviewing an elderly woman named Ruth Murphy about her relationship with world-famous photographer Graham Patterson, whose best-known work is a photo of an abandoned roadside diner with a faded sign reading “MR. BREAKFAST.” (Carroll’s descriptions of Patterson’s photos, a couple of which sound vaguely like Gregory Crewdson, are so compelling that I’d love to see them, but at the same time I hope that no one actually tries to duplicate them. That’s the magic of imaginary art.) We then shift to Patterson’s own narrative in which, as a failing comedian, he wanders into a tattoo parlor in rural North Carolina and impulsively decides to get a strange tattoo – a bee inside a frog inside a hawk inside a lion.

Crane, Marisa: I Keep My Exoskeletons to Myself

Fantasy novel set in a surveillance state where wrongdoers are given an extra shadow for every transgression, including children whose mothers die in childbirth.

Fantasy novel about a group of trekkers who travel the shifting landscapes of the Beyond, and their leader who breaks the rules to rescue her son, kidnapped by a dragon.

Esther Green is 60, and a Lantern: part of one of the six-people “Hexes” that can navigate between realms through the inimical emptiness of the Beyond. Most people on Earth know nothing about the Beyond, but it runs in Esther’s family. Her son, Daniel, is Keeper for their Hex: he holds the Keep that forms an entry and exit point from Earth to the Beyond, and which acts as a safe zone in that perilous space. There’s an inter-realm body that regulates Hexes, known as the Concilium: we don’t learn exactly what powers and dominions make up this body, but it certainly includes dragons.

Hendrix, Grady: How to Sell a Haunted House

Hendrix’s sublime character work is also the main source of the novel’s humour, particularly Mark and Louise’s extended family on their mother’s side. I particularly loved their “take-no-shit” cousin Mercy, a real estate agent who, having checked out the property, informs the siblings their “house is haunted, and I’m not selling it until you deal with that,” and the larger-than-life Aunt Gail, who spends her days “blast[ing demons] back to hell” and “once battled a Warlock in Summerville.”

Livingston, Lesley: Queen Among the Dead

Celtic fantasy novel. Neve, daughter of the king of Eire, would rather be a warrior than a princess, and fight the greedy druids and unjust court.

Fantasy novel set in the world of Hall of Smoke. Thray travels to the land her father once ruled, where her siblings are worshiped as gods.

Young-adult SF novel about a genetically engineered young woman trained as a corporate spy, searching for a missing friend on a doomed planet.

Short horror novel, a modern retelling The Phantom of the Opera while talking about race and social injustice. Book 86 in the Conversation Pieces series.

Horror novel. Undocumented immigrants, a pair of grieving siblings fleeing rebel violence in Colombia, end up in a rundown Las Vegas hotel and casino, not realizing the building is part of a vast subterranean entity.  Part of the press’s Camino del Sol series spotlighting Lantinx authors.

YA SF novel. Ro creates an app that can predict a person’s future with 93% accuracy.

Fantasy novel. A dating app employee discovers a glitch that transports him to other worlds.

SF novel, sequel to Foxhunt. Orfeus risks her life in the Cloud Forest to get a gift for her beloved, but the mechanized guardian threatens to destroy the world to track her down.

Young-adult fantasy novel based on Chinese traditions, first in a new xianxia series. 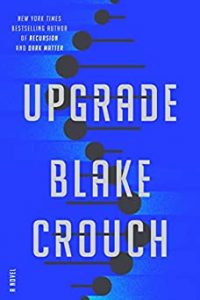 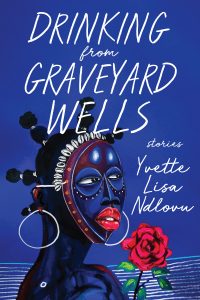 Daniel James Abraham was born November 14, 1969 in Albuquerque NM and attended University of New Mexico, where he earned a degree in biology. After graduating in 1996, he spent a few months in New York working at a bookstore, then returned to New Mexico and spent ten years in tech support. He now writes full time. He is probably best known as half of “James S.A. Corey,” the pseudonym