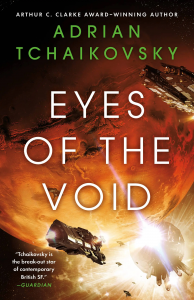 Adrian Tchaikovsky’s Eyes of the Void is the sequel to Shards of Earth, second in a sprawling, gaudy space opera series featuring a menagerie of space-traveling life­forms, a galactic history of warfare and ruined civilizations, and entire species on the run from inscrutable, invulnerable planet-killers. Human­kind is a latecomer to this interstellar situation and anything but a dominant player. In fact, we have become refugees and wanderers, thanks to the de­struction of Earth and many of its settlements by the Architects. These moon-size beings/machines appear out of ‘‘unspace’’ without warning and, for reasons nobody can discover, reshape living planets (and any inhabitants that can’t escape) into elaborate, sculptural wrecks. The Architects seem unstoppable, which does not keep ad-hoc alliances of threatened civilizations from trying and failing to do so, until the discovery of a wild talent gives humans a weapon in the shape of the Intermediaries – Ints – some of whom are finally able (for reasons no one understands) to send Architects away, ending the war.

And that’s just the series’ back-story. The main narrative of Shards of Earth opens 40 years after the apparent end of the Architect War, when the tramp salvage vessel Vulture God comes into possession of artifacts from the millions-of-years-vanished Originator civilization, objects that somehow deflect the attention of Architects, which makes them extremely desirable to all manner of powers and factions. That discovery sends the God’s conventionally ragtag multispe­cies crew and various allies and opponents and pursuers on a long chase (which also serves as a tour through various planets, habitats, and alien cultures) that ends with a glimpse of the Archi­tects’ motives.

In Eyes of the Void, the Architects have re­turned and now are attacking the once-immune worlds of the vastly powerful, enigmatic, and very, very strange Essiel Hegemony. The surviv­ing members of the crew of the God, along with an intelligence agent from the Council of Human Interests (not quite an interstellar government), again find themselves engaged in multiple hunts for objects of interest (one of which is again the much-put-upon veteran Intermediary Idris Telemmier), up against parties with extreme notions of doing business – a gangsterish plan­etary nobleman and his thuggish nephew; an actual Essiel gangster, The Unspeakable Aklu, the Razor and the Hook; two nearly-indestructible alien-enhanced assassins; and the merely-human intelligence arm of the Council. And again much forward motion is provided by a familiar pattern of chases, escapes, violent encounters, feints, swindles, and space combat.

Eyes of the Void adds new elements to the mix. In fact, one description of this volume might be ‘‘layered,’’ since the storyline is punctuated by a series of broadening, deepening, and complicating reveals. The Architects were not the prime movers of the war but unwilling instruments of some force or entity deep in unspace, and Idris (kid­napped and dragooned once again) finds himself plumbing that profoundly alien geometry in search of them. The human realm also harbors hidden factions and agendas, which puts secret agent Havaer Mundy in a delicate and dangerous posi­tion when he discovers their plans. Even Essiel society has its strange layers, since the horrible renegade The Unspeakable Aklu, etc., is not a simple criminal, but a part of some inscrutable (to non-Essiel) cultural arrangement in which it fulfills functions that others in its society cannot. (A possible reason for its name is demon­strated in graphic and unsettling detail.)

As much as this series is a descendant of planet-busting pulp-era extravaganzas, other genres also occupy its story space. Its world of spaceports and mining colonies and tramp starships is mean-streets gritty, and much of the language of that side is drawn from the smart-mouthing tough-guy milieu, as when a shady ship’s captain, dealing with a client/worshipper of the ‘‘weird-ass shellfish-looking Essiel,’’ thinks, ‘‘Look, they’re clams. You’re kneeling before an altar that’s mostly all-you-can-worship seafood buffet. But, because she was a respectable busi­nesswoman, she said none of it.’’

Perhaps more important, thematically, is the notion that beneath our ordinary-dangerous re­ality is another universe so alien and terrifying and monster-haunted that it blasts merely-human (or AI) senses and perceptions. The ‘‘unspace’’ realm that is essential to interstellar travel is so hostile to any form of consciousness that even the machine-based Hivers shut down their pro­cessors before going under. It’s a motif imported from supernatural-horror/cosmic-dread tradi­tion that goes back to Lovecraft, William Hope Hodgson (The House of the Borderland), and even Algernon Blackwood (‘‘The Willows’’) and persists in, say, the predatory multiverse of Charles Stross’s Laundry series. Long stretches of Idris’s viewpoint sections struggle to convey the terror unspace inflicts even on his much-altered nervous system.

At the very deepest point of unspace, far below… was the Other, the presence that lived in unspace. A single entity, unlike anything, utterly its own…. [It] drove lesser minds mad by its very nature, killed through proximity, had luckless wayfarers slit their wrists, space themselves, sabotage their own vessels…. He knew how it felt, that presence at the shoulder so loathsome and intolerable that self-murder would be a blessed release.

I will say it again, in a slightly different way: The Final Architecture sequence belongs to what might be called a meta-genre, a narrative space that absorbs and integrates motifs and tropes and conventions from near and not-so-near neighbors. The inevitable comparison is with The Expanse: a similar combination of space operatics, down-and-dirty noir and intrigue elements, band-of-comrades adventure, gothic spookiness, alien weirdness, special-effects-go-boom sequences, and mysteries that could well remain mysterious when all is finally wrapped up. That omnivorous – not to say kitchen-sink – quality might be behind Tchaikovsky’s recent Locus interview remark: ‘‘I like the idea of a world that feels real and is bigger than the book.’’ That is certainly the effect this series is having, and I suspect that even a third volume will leave plenty of undefined spaces beyond its borders. 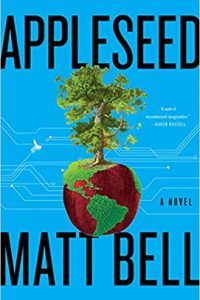 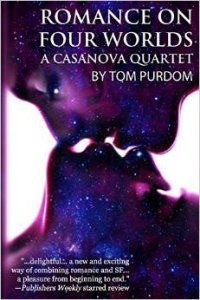