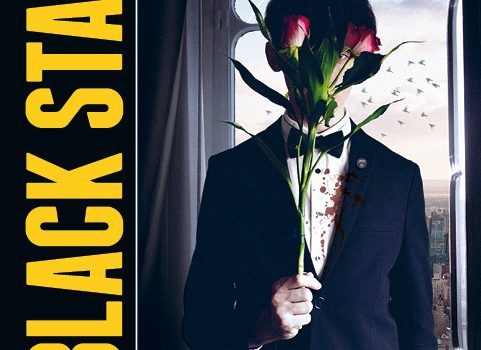 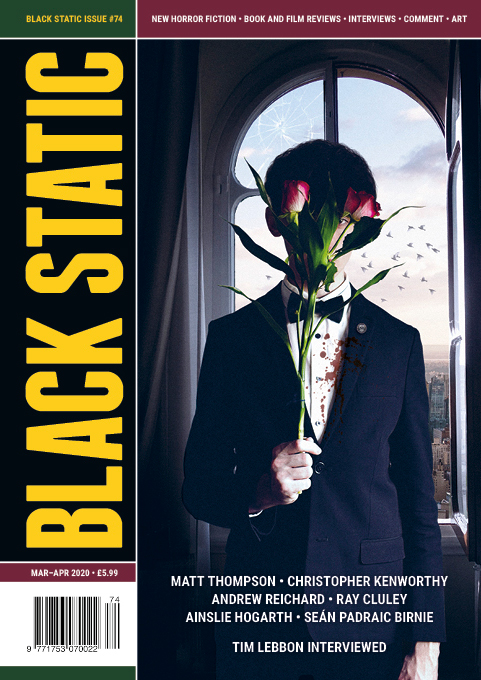 Let’s start with Uncanny #33. Alix E. Harrow‘s ”The Sycamore and the Sybil” is flat-out marvelous. It has the immutabily of myth, the magic of lore, and the power of modern wonder. The narrator is a sycamore who was once a woman (if you know about Daphne, you’ll have no problem accepting that) who has concluded, ”It wasn’t fair that we were always the ones who had to lose, to change, to become-something-else. To give ourselves up. It wasn’t fair that all we had in our defense were these few, desperate magics that hurt no one but ourselves.” And, in the cause of a young woman, she does something about it. Read.

In L. Tu‘s ”If You Want to erase Us, You Must Be Thorough” a conquered country is kept in line by the miasma, a thick rolling mist that kills in a ghastly manner. Despite the danger, young Aida, a star student at the Academy of the Protectorate, plunges into the miasma to retrieve the Protector-General’s dog. Aida, one of the few remaining members of her race, ruthlessly training to assimilate, begins to learn the truth about the past and present. Chilling on several levels.

The narrator’s life in Nicole Kornher-Stace‘s ”Getaway” is a never-ending loop of failed attempts to steal an enigmatic artifact. No matter the method, failure and death for the larcenous team results. Despite my description, this is a riveting little story.

Comrade Vasilia learns how to use desire as a weapon in ”So You Want to Be a Honeypot” by Kelly Robson. ”Desire controls others,” she is taught, ”It will never control you.” She becomes ”Claudia,” but being a successful seductress/spy isn’t as easy as one might think. One could term Robson’s sexy Cold War spy story/parody a fantasy, but it’s not really speculative fiction. Doesn’t matter. It’s great fun and we all need a giggle.

Christopher Caldwell‘s ”If Salt Lose Its Savor” is a simple tale of responsibility and morality set in a world where selling a certain type of hard-earned salt will provide financial stability, but to do so will aid a powerful magician’s evil. Excellent characterization and world-building in a short span.

Natalia Theodoridou offers another take on vampires with ”Georgie in the Sun”. The vampire is aboard The Tepes, a space ship on a very long journey. Every 50 years he revives human Eliza from stasis – which she has invented for this space odyssey – and drinks some of her blood. The centuries pass without finding a suitable planet where they can live happily ever after. A surprisingly poignant love story.

Black Static #74 has its usual five originals. ”Shattering” by Christopher Kenworthy and ”In the Wake of my Father” by Ray Cluley were my favorites. A string of gruesome accidents besets a usually quiet village in ”Shattering.”The unreliable young teen narrator and his newcomer friend Liam think their hooliganism is the cause: ”All the trouble in the village happened because we broke things. Every shattering had an effect. Things are so fragile that if you break just one, others fall apart, slide away, or burn. The trouble is, you can’t predict the side-effects….”An intentionally vague story but a highly effective one. ”In the Wake of my Father” is nothing more or less than the tale of a father and a son. The father is dying. The son, Jake, has journeyed home to be there for his father. Jake takes us to the past with a childhood memory of his father, then relates more of his youth and relationship with his da. We return to the present and the father’s death bed. A solitary supernaturality occurs. The story is wonderfully, entrancingly told.

Sisters Rita and Annie visit an odd summer cottage with their parents in ”The New You” by Ainslie Hogarth. Two strange events alter their lives. Years later, adult Annie – who has never told anyone about her past – tries to tell her teenaged, video-game-playing daughter about it. Life changes yet again. The second portion of the story seems, after a detailed telling of the past in the first, to be somewhat rushed. Perhaps that is for the best, since the reader needs to gulp down a lot of weird and an open ending rather quickly.

In ”The Turn” by Seán Padraic Birnie, drunk Marie runs out of fuel while driving on a deserted road. Her phone is dead. A woman shows up and offers her fuel she handily has with her. From there things get confusing. I think they are supposed to be baffling, but I was too confused for the otherwise well-crafted story to work for me.

Matt Thompson‘s ”Memories of the Occupation” is full of atmosphere, but marred by a nonsensical plot and untenable characters. Set in a pseudo-historical setting, there are divisions in the epidemic-ridden fictional town of Luchezarn. The city guard, the Zashita, and the thuggish Kapka menace the living and each other. Most villagers still worship the Old Gods, but Dr. Krasz (to whom the dying are brought) and Maria, his mistress (formerly the governess) are adherents of a new religion. Viktor, the doctor’s servant, disposes of the dead by dumping them into the river. Going much further in description would force me to ask too many questions that cannot be answered. Maybe others will be carried away by the ambiance, but this one disappointed me.

A virus has brought worldwide doom in ”White Cedar, White Birch” by Andrew Reichard. Zack and five hundred or so other folks isolated on Mackinac Island in Lake Huron are relatively safe. Through planning, isolation, and work they survive for three or four years before any of the residents venture off the island. The author goes out of his way to avoid the word, but it is obvious from almost the beginning that ”zombie” describes the contagion. Once dealing with zombie-ism becomes completely unavoidable, a story of quiet triumph and human relationships becomes just another tale of the living dead.

Yohanca Delgado & Claire Wrenwood‘s ”The Blue Room” is the first of two originals in Nightmare #92. Amada, escaping a murderously abusive husband, finds a job as a hotel maid in sunny Miami. The hotel has a mysterious room no one is to enter and an overall weird atmosphere. The authors take a time-worn premise and skillfully freshen it. The hotel’s ”personality” and Amada’s pluck overcome stereotype to make it a story well worth reading.

The first-person narrator of the second story – ”Decorating with Luke” by Adam-Troy Castro – addresses a nameless someone who shares a history as the wife of a nasty guy named Luke. The narrator, it turns out, has devised an interestingly evil way to wreak revenge and wants to share it. Mixed feelings on this one. The story is well crafted, but both victims remain victims and so, to an extent, Luke still prevails.

Millie Ho‘s ”A Moonlit Savagery” in Nightmare #91 gives us a Thai people-eating ghost-woman with whom we can’t help but sympathize. The ghost encounters a young, Canadian, Red Bull-sipping graffitist in a Bangkok side street. She cannot devour him as he stays awake all night and she’ll turn into ash if she eats a human who’s awake. Instead, the ghost becomes his model for the night. She becomes infatuated with the one human who isn’t afraid of her. Much more description would be spoiling the charming story, but rest assured, a monster eventually meets a deserved end.

The second story in Nightmare this month, ”See You On a Dark Night” by Ben Peek, uses the annoying conceit of disguising a character’s supposed identity with an initial and a dash. W– is a 213-year-old vampire whose only friend, E–, an old vampire hunter, has died. He meets a girl, Z–, who helps him deal with his grief and father issues. The nature of pain and monstrosity is dealt with. One of those stories that I’m just too trope-jaded to fairly judge.

Benjamin Percy‘s ”A Study in Shadows” in Nightmare #90 purports to be the raw findings ”on the belief in the invisible… conducted by Dr. Brandon Harrow, an Associate Professor of Psychology at Shadewood University.” This modular narrative on the nature of horror and (sort of) scientific ethics is clever and entertaining, but it would have been even more so if it were longer than 2,159 words. Even shorter, Merc Fenn Wolfmoor‘s ”Flashlight Man” is about one of those urban legend games you are warned never to play. Of course, these kids do. Read this aloud to some 10-year-olds. It will become an urban legend.

The Dark also usually features two originals. Some background for Octavia Cade‘s ”Otto Hahn Speaks to the Dead” in The Dark #59: Clara Immerwahr was the first woman to gain a doctorate in chemistry in Germany. A feminist and pacifist, she married Fritz Haber, who was integral to the invention and use of poisonous gases as a weapon of mass destruction. Immerwahr publicly deplored her husband’s work and committed suicide not long after Haber oversaw the first implementation of gas against Russian troops. Although there is no proof, the suggestion that her death was a protest against her husband’s actions is not an outrageous one. Cade’s fictional dead Clara chooses to haunt another German scientist, Otto Hahn, because he ”helped in the work she’d felt such revulsion for….” She knows nothing would change her husband. Hahn, however, she sees as worth her time. Over the years, her nightmarish presence does, indeed, influence Hahn. Well-done historical horror, but I personally feel Hahn didn’t need a specter to push him towards peace, only his own knowledge of horror.

”Some Sketches of County Life” by Peter Gutierrez, also in The Dark #59, is about the evolution of a couple rural legends. The Stick Man is a victim rather than a threatening figure. Estate clowns, the other legend explored, are more menacing due to their ”deathly accurate mockery of your very essence.” The narrator feels he must choose between the two. Despite the fact I really do not understand this story, it still creeped me out a bit.

In Orrin Grey‘s ”The All-Night Horror Show” in The Dark #58, we are introduced to Markos Koszjan, better known by his nom de cinéma: Zander Markos. The now-aged Markos played various monsters back in the day. Darius and Mason – two feckless thieves intent on stealing memorabilia – invade his home on Halloween. Heh. Recommended. 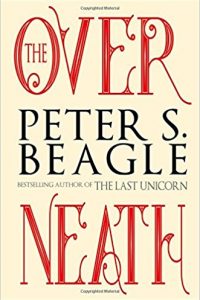