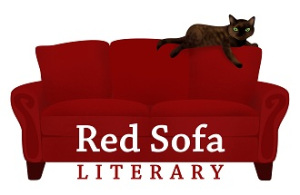 Dawn Frederick, owner of St. Paul MN-based agency Red Sofa Literary, is at the center of an ongoing controversy. On May 28, 2020, during protests following the death of George Floyd in the Twin Cities, Frederick tweeted, “The gas station at the END OF MY BLOCK is officially getting looted. Calling the police right now to let them know as someone will need to board up this place.” (Her Twitter account has since been deleted.) Many replied that calling the police on anyone dur­ing protests against police brutality could lead to dangerous consequences.

Agents Stacey Graham, Kelly Van Zant, and Amanda Rutter subsequently resigned from the agency. Graham explained, “This was not a decision I made lightly but due to recent events, I felt I could not stay with the agency any longer. Thank you to my authors for their sup­port and I look forward to our next chapter.” Van Zant called it “a painful decision, but a simple one. My commitment to justice for all Black people does not stop when it becomes personally painful or professionally difficult.” Rutter said, “I could not, in all good conscience, call myself an ally and not react in this way to what I perceive as racism. I want to thank my authors for being incredibly un­derstanding.” Many authors went with their agents.

On May 29, Frederick wrote a statement on her website saying she’d called the police to notify them of looting, “so that the owner can get this station boarded up immediately. NO other info was provided. That’s the extent of info that was provided.” On May 30, she wrote an apology: “The consequences of calling the police, for any reason, during this time frankly didn’t occur to me, and I’m sorry that it took this situation for me to see it…. The authors and agents who may now question whether or not we share the same ideals have every right to feel this way…. Thank you for holding me accountable and teaching me, even though it’s not your responsibility to do so. I will work to be better.”

In June, however, Frederick’s lawyer sent cease-and-desist letters to former Red Sofa agent Kelly Van Sant, unaffiliated literary agent Beth Phelan, and YA author Isabel Sterling (SF writer Foz Mead­ows was also sent an email, but it was later recalled by the sender). The letter demanded that they retract their accusations that Frederick had behaved in a “completely racist way,” with her lawyer asserting that Frederick “was doing what publicly spirited, conscientious citizens should do. Your accusations of her ‘racism’ are false, harm her reputation, and are defamatory.” He insisted they make no further such comments online, remove previous tweets, and “prepare and post a corrected statement” asserting that Frederick didn’t make racist comments. The letter threatened legal action if they did not comply.

The three wrote an “Open Letter to Dawn Fred­erick in Response to Threats of Litigation” that says, “We interpret these demands as an attempt to not only silence us, but to compel us to lie… We refuse.” They point out that Frederick posted an apology, admitting her statements were “careless,” and say “that she is now threatening to sue people for agreeing with her apology makes it impossible to interpret the apology as anything but insincere.” They further wrote that

The recent global uprising of protests have brought heightened awareness to the vast shortcomings in publishing, leading to long overdue reckonings and demands for account­ability. But too many voices continue to be suppressed by people in positions of privilege and power who exploit our fears of retaliation and career ruination. We want to push back against these intimidation tactics so that we can help foster an environment where we can speak our truth about racist practices and other insidiously problematic behaviors without fear of retribution.

Phelan, Van Sant, and Sterling hired their own lawyer and launched a GoFundMe for their legal defense. They say if Frederick doesn’t pursue legal action, the funds will be donated the Minnesota Freedom Fund.

In other agency news, Marisa Corvisiero fired the whole staff of Corvisiero Literary after be­coming embroiled in her own Twitter controversy. Corvisiero wrote a post (since deleted) decrying property damage at protests against police violence, writing, “This is how you do it. Make your point, take a stand and don’t hurt other people or damage property in the process. No violence is acceptable ever. The whole point is to be heard and seen to make things better.” Her agents Amy Giuffrida and Saritza Hernandez resigned, and Corvisiero soon fired the rest, writing to her staff:

Given the negative attention my tweet yester­day about protesting peacefully has garnered, I think that it is better if we all part ways. I have owned up to my comments and clarified my position as well as apologized for its incor­rectness, but in today’s atmosphere that is not enough. I don’t want you all to get caught in the crossfire.

The clarifications and apologies she refers to no longer appear to be online. Several employees released a joint statement, saying they were “sum­marily fired by Maris Corvisiero in an email and writing that

It is our understanding that, while Marisa Cor­visiero says she is taking action to protect our reputations, she will be continuing to operate her agency alone and will continue to retain/manage commissions for sales her employees made. She did not make it clear whether agents would be able to take their clients with them, if and when able to find jobs elsewhere…. To all of the authors, we want to sincerely apologize for any damage the event will cause your careers. We also regret that we did not take a stand sooner, as many of us have long suspected that something was off with our agency founder.