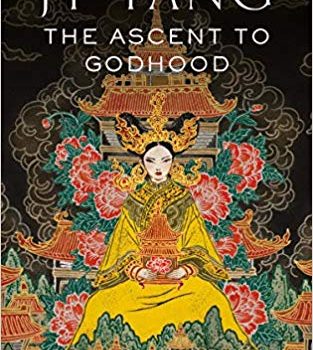 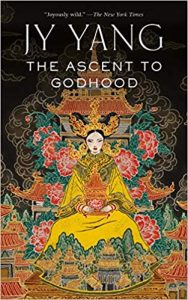 JY Yang’s Tensorate novellas have always been inventive and ambitious, an ambition and a sense of verve and innovation that’s been recognised by several award nominations. All three of those novellas to date have stood more or less alone, but with the fourth, this year’s The Ascent to Godhood, Yang leaves behind the relatively self-contained epic sweep of their previous novellas for a story that relies for its emotional impact (and for the reader’s investment in the characters) on pre-existing familiarity with the world of the story. The Protector ruled for 50 years, and Lady Han headed up a movement to bring her down – but if you don’t know who the Protector is and why it matters that she’s just died, The Ascent to Godhood isn’t inclined to be generous with the kind of explanations and investment that bring a reader to care deeply. In consequence, it doesn’t stand alone very well.

Yang is a writer with a deft, evocative prose style, an epic approach to worldbuilding even in short forms, and frequently the ability to portray complex and compelling characters. I’ve appreciated and strongly enjoyed most of their other work, so it’s disappointing to recount that The Ascent to Godhood is, so far, the work of theirs that I’ve enjoyed least. The stylistic choices here, however ambitious, work against Yang’s strengths. The Ascent to Godhood is told raconteur-style, in the voice of the long-surviving Lady Han telling a stranger in a bar the story of how she came to be who she is, and in conse­quence how the Protector came to be who she was, too. The narrative voice asserts itself in the first person, with limited second-person asides (“You’d think,” “Do you know…?”). The com­bined effect is strikingly distancing, and added to that distancing effect is an uneven tension that no amount of attention to pacing can overcome. The ultimate fate of both the Protector and Lady Han is clear from the first page. The novella’s strength, therefore, should be in how the events of their lives unfold and what light their shared history throws on each of their characters, but it never quite comes together, for me: Yang’s writing in a mode that feels ambitious both stylistically and in terms of characterisation, and it feels as though they’re just a step short of pulling off the combination successfully.

They make a damn good fist of trying, though: Yang doesn’t ever settle for the mediocre. There’s space for more stories in the Tensorate universe, a lot more, and I hope to read lots of them. 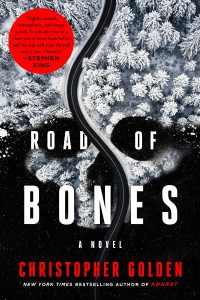