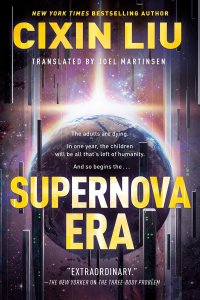 The Anglophone market for foreign fantastika often seems to have one significant niche available per era. No matter how many non-English-speaking authors are producing interesting material, only a single name becomes widely translated and prominent. For the longest time during the earliest years of the genre, that berth was filled of course by Jules Verne. Then by Lem. Then by the Strugatsky Brothers. Maybe Italo Calvino occupied the perch for a brief time in between the others. And now it’s Cixin Liu’s term of office. If any average reader is asked about SF in translation, chances are good Liu’s name will be the first to spring to their lips, thanks to awards and a high profile, all accumulating in something of a circular feedback manner: the more awards, the more attention; the more attention, the more awards.

Not to say that the lucky occupants of this niche are not usually deserving of the honor. Certainly all the names I cited above are excellent writers and landmarks of the genre. But it’s just a funny quirk of marketplace sensibilities which, despite worthy promotional efforts to widen perceptions, like Ken Liu’s Broken Stars anthology, seem intent on narrowing the spotlight on one person at a time.

Putting aside such incidental trappings, for which the author is certainly not responsible, we turn our attention to Cixin Liu’s latest, to judge it on its intrinsic merits, as all books should be judged.

Liu’s novum is a simple one, but one which—like most “simple” things—contains hidden depths which only his talented brain can tease out.

An astronomically nearby supernova bathes Earth in a sleet of particles which damage the DNA of all living things in terminal fashion. However, the fatal chromosomal breakage is variable by age. Any human older than thirteen does not have the cellular capability to recover, and will die. Any human thirteen or younger will benefit from their more resilient DNA and self-repair, going on to live a normal healthy life. Thus, the human race is immediately bifurcated into the doomed adults—about four-fifths of the global population, dead in ten months—and the children down to infants—one-point-five billion immature individuals, left to inherit the world.

Immediately the reader senses a potent hybridization of several tropes. The “cosmic fallout” trope, if you will, previously seen in such books as Wells’s In the Days of the Comet; Poul Anderson’s Brainwave; and Fred Hoyle’s The Black Cloud. The kind of “neutron bomb” apocalypse novel where humanity disappears but the infrastructure remains, such as The Day of the Triffids. And the “skewed age cohort” tale, like Aldiss’s Greybeard or, very recently, Hugh Howey’s Half Way Home. To juggle all three of these concepts as gracefully and inventively as Liu does is testament to his superior writing skills and imagination.

We open with our focus on one middle-school classroom in Beijing, under the guidance of a female teacher named Zheng Chen. Her students include three kids who will become vital players in the new world just ahead: “Specs,” Huahua, and Xiaomeng. Seeing them with their naive expectations about their adult life provides a resonant baseline that Liu will return to three hundred pages later, after immense changes, triggering a nostalgic sense of cognitive dissonance in both fictional characters and readers.

In any case, all expectations are soon upended, and we get Liu shifting from up close and personal to dispassionate historical narration in a kind of Stapledonian mode. (We eventually learn that what we are reading is a historical reconstruction of this period from three decades ahead.) Once the adults realize what is happening, they begin a crash program to line up and educate their successors, and ensure stability of resources and systems, as best they can. Liu details this procedure with meticulous logic and visionary leaps of brilliance, not forgetting to dip back now and then to the microcosmic level of his characters and their emotions.

By page 108, a bit less than a third of the way into the book, all the adults are dead, and the real narrative begins.

Here Liu faces the challenge of realistically depicting the mentalities and reactions of adolescents and younger kids in the face of such an unfathomable situation. And with an overt reference to Lord of the Flies, he gets right down to business, showing us the non-adult logic and responses of his cast. Our trio of responsible Chinese kids face great masses of less-smart and less-motivated citizens, and the global condition oscillates from near destruction to a kind of lotus-eating hedonism, along the lines of another classic book of allied nature, Shiel’s The Purple Cloud. I won’t give away all the surprises, but it’s quite a rollercoaster.

Finally, after shifting his spotlight to the USA for a while, Liu proposes a combative scenario that might conjure up comparisons to Bunch’s Moderan, Geston’s Lords of the Starship, or Card’s Ender’s Game. But even this violent era passes, and ultimately a more placid and creative strategy for survival emerges.

For the most part, Liu’s future conveys a believable psychological affect and seriousness, and we view the orphaned kids as both children and nascent adults. Although sometimes, perhaps inevitably and deliberately, there’s a hint of make-believe dress-up playacting, along the lines of Little Rascals or Bugsy Malone (the 1976 gangster movie with an all-juvenile cast). One thing that’s not so realistic is the entire absence of juvenile sex. Perhaps this is an outcome of Chinese censorship, or just Liu’s own desire not to delve into taboo territory. But whatever the cause, it renders the future a little less believable and hefty.

In the end, Liu succeeds admirably in evoking total cognitive estrangement, as we see the unfettered mentalities of children exfoliate and ramify in unpredictable forms. Although Liu reveals in his “Afterword” that he wrote the book in 1989, I’m sure it must have received some updates before its 2004 publication in China which allowed it to serve, as it does, as a parable of the upcoming transition of power from the hands of Boomers to those of the Millennials and Gen-Xers. One can easily imagine Greta Thunberg delivering this speech: “The boredom of the Common Era has come to a close, and human civilization has returned to its childhood, a happy, uncivilized age. We have left the dreary ground and returned to the freedom of the trees, we have shrugged off the clothes of hypocrisy and grown luxurious downy coats.”

For good or ill, Liu tells us, with or without a supernova, this is where we’re heading. 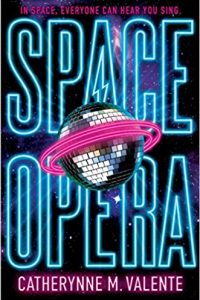