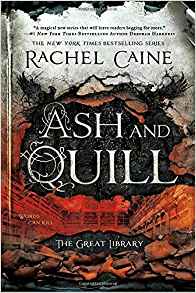 The third volume in the Great Library se­ries opens with rogue Library Scholar Jess Brightwell and his companions trapped in the city of Philadelphia, home of the Burner movement opposing the Great Library of Alexandria. The City has been under siege for years, and its people have no love for the Library; Jess and his companions find themselves imprisoned, until Jess and his friend Thomas offer to build a great weapon that could destroy the Library: a printing press, something the Library has suppressed for centuries as a way to hoard knowledge and maintain power. Others in the group offer their talents as well, and gradually the team plans a desperate escape. It’s a grand adven­ture, though quite grim at points, with bits of “ephemera” scattered throughout, making it clear that the Library will do anything, howev­er horrible, to stop the spreading rebellion and suppress dangerous knowledge – while Jess is contemplating some dreadful steps of his own, resulting yet another dark but tantalizing cliff­hanger ending.

A young woman deals with grief and finding herself in this unsettling young-adult novel. Jane feels lost after the death of her Aunt Mag­nolia, a noted underwater photographer who raised Jane. Aunt Magnolia made Jane prom­ise that if she was ever invited to the mansion Tu Reviens she’d go, so when her wealthy ex-tutor Kiran Thrash invites her to a gala, Jane packs up all her worldly possessions – includ­ing the art umbrellas she makes – and heads to the island estate. There she meets the rest of the eccentric family, their oddly superior ser­vants, and some of their friends, who are cur­rently all talking about people they know who got involved in a strange crime that’s making the news, not to mention some missing art. Eventually, Jane gets to a point where she has the option to deal with one of five characters, and from there we get those five stories in turn, which get increasingly strange. Suggestions of fantasy become overt, missing things turn up (or not), and Jane’s life heads in different direc­tions. Things get quite creepy and weird, mix­ing genres while dropping tantalizing clues, lots of literary references, and discussion of the nature of art. Some of the iterations are a bit slow as familiar bits repeat with minor varia­tions, but the ever-varied strangeness ultimately takes over, making for compelling reading.

The fourth volume in the Invisible Library se­ries finds Librarian Irene and her assistant Kai caught in a conflict between dragons. A pow­erful dragon has died, and the ensuing power struggle involves a young librarian and a rare book, which naturally brings Irene into to the mix, in a world reminiscent of the 1920s US, with gangsters and tommy guns. It’s the usual fast-paced romp mixing dire threats and witty rejoinders, with special interest provided by the unusual degree of draconic involvement, which brings a dramatic change to Kai and Irene’s relationship.

Two kids hunting eels in a dying river find a magic talking sword in this amusing middle-grade fantasy adventure. Unfortunately, the sword decides to knight miller’s son Odo in order to make him worthy to bear it – but it’s feisty Eleanor who really wants to be a knight, like her late mother. Unfortunately, the sword has its own ideas about how things should work – never mind that it has holes in its memory, and is out of touch from hav­ing been sunk in a river for a long time. The sword, Biter, basically takes over the duo’s lives, and sets them on a quest to find a way to make their river flow again. Much of their quest involves learning that a knight’s life isn’t as glamorous as the stories make it out to be – which would probably provide more entertainment for younger readers than for jaded adults, who won’t be terribly surprised by the sweat, greed, and deceit the would-be heroes have to deal with. Even so, their ad­ventures are quite entertaining, capped off with an interesting twist on a dragon, and the promise of interesting developments for fur­ther books in this new series. 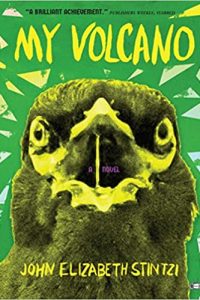