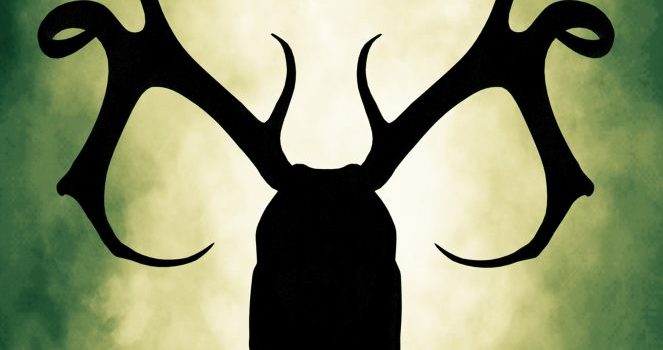 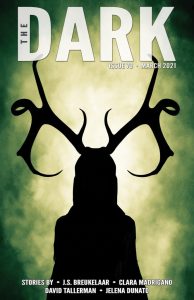 Uncanny #39 starts off well, and the issue continues in the same admirable vein. It is highly likely that whatever you be might be expecting from Catherynne M. Valente‘s marvelously descriptive “The Sin of America” is not what the story delivers. It is also likely that however dark you are expecting this tale of Ruby-Rose Martineau, who is eating the sins of America, to be, it is darker.

Dominica Phetteplace speculates nicely on a future of indefinitely long lifespans in “The Perils of a Hologram Heart“, but it is mostly about the human need for others. Caroline M. Yoachim‘s “Colors of the Immortal Palette” also concerns immortality, but this novelette has considerably more depth and is luminously laminous. Yoachim layers this story about an artist as a painter would. Mariko, a model in the 19th-century Paris of Manet, Monet, and so many other greats, wants to be an artist, to be remembered even though she cannot “manage to be seen.” Immortality gives her the time she feels she needs to attain her goal, and Yoachim follows her through the decades. A beautiful and fulfilling tale well rendered.

“The Book of the Kraken” by Carrie Vaughn is a spirited mini-adventure set on the high seas. Fifty miles out from America’s mid-Atlantic coast, Matthew, a British midshipman aboard the HMS Selene, meets plucky young American Margaret and her 30-foot pet squid, Archi. They both make quite an impression.

Rati Mehrotra takes inspiration from the In­dian epic poem “Mahabharata” with “Eighteen Days of Barbareek“. Bound by a vow to fight only for the weaker side, as well as by a desire to see the Kurukshetra war, young warrior Barbareek winds up as a severed head watching the battle for the throne of Hastinapur from a hilltop. Not surprisingly, he develops certain attitudes about war and the god Krishna’s role in it.

A traditional English folk ballad is the starting point for Sarah Pinsker‘s “Where Oaken Hearts Do Gather“. Structured as online postings (simi­lar to a wiki) by various experts, academics, and fans, the story effectively grows creepier as docu­mentarist @HenryMartyn follows in the footsteps of Dr. Mark Rydell, a folklorist who attempted to find the true locale for the song. Pinsker handles the format commendably, providing a fresh per­spective and new chills for modern readers.

There are four originals in The Dark #70. “Where We Will Go On Together” by J.S. Breukelaar is, literally, a haunting story. Eddie is a runaway squatting in a derelict building, waiting for her foster mother to find her. But someone else comes. Someone whose actions threaten to force Eddie from her “forever home.” Not an easy story, but a strong one. In “Little Doors” by Clara Madriga­no, Shawn’s Uncle Huck has, inexplicably, disap­peared from hospice. He’s left behind a notebook and tapes full of information about children who have gone missing and returned. Shawn starts fig­uring out some of his uncle’s fixation and the story comes to a logical, creepy, but rather abrupt end­ing. It’s a good story but I would have appreciated a bit more build-up. David Tallerman‘s “A Cold Yesterday in Late July” strives to be one of those English village/countryside tales that gently builds to the chills. It remains a bit too quiet and never quite sends the intended shivers down the reader’s spine. “Immortelle” by Jelena Dunato is a rural village period piece about a young woman used, impregnated, and abandoned by a heartless man. She takes her vengeance from the grave.

The Dark #71: Victoria Waite is called from the dead several times in “Forward, Victoria” by Carlie St. George. The ingenious story of the vengeful (if applicable) and murderous (always) Victoria plays with the changing nature of legends. “A Study in Ugliness” by H. Pueyo tells of the girls and teachers at a boarding school who don’t notice just how different the beautiful Gilda is. Ugly Basília, however, does. Gilda comes from “a topsy-turvy place” place “beyond the mirror” and hates how everything in this world “is so pretty, so delicate, so marvelously stiff….” She wants to “break all of it.” The story is confusing at times, but worthwhile overall. In “Worm Blood” by Oc­tavia Cade, strange fires are sprouting anywhere “there was growing things meant for table.” The flames are brought by the worms that come when human blood is spilled. Or at least some human blood. The harvest and the community itself is threatened and Gunnora feels she must puzzle out the answer. “Hello” by Ai Jian is a parable of sorts. Everyone runs from the creature named Hello, until the Child with the Blurred Face ap­proaches it. Then the creature changes. Poetic but a bit unclear as to intent. 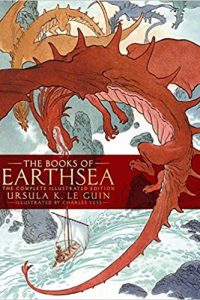