On February 5, 2013, Tor Teen published Homeland, the sequel to my first YA novel, Little Brother. As I write this in January ’13, I’m just gearing up for the tour, which mostly involves sending semi-form e-mails to nice people who’ve asked me to do something time-consuming, explaining that I’ve only got two weeks left until I disappear into the Tour, wherein I will see 22 cities in 29 days and never once come up for air, and so I’ve got to get every­thing done now or I’ll never get it done then.

I never thought I’d write a sequel. The allure of writing books has always been the experience of discovering and exploring a place and people that have been cooked up by my imagination. By the time I’ve squeezed the book out through my fingertips, I’m generally pretty sick of that place and those people, and frankly glad to be shut of them. But a sequel to Little Brother happened, and when it was done, I discovered that I’d thoroughly enjoyed it. It was like discovering that a whole gang of close friends I’d lost touch with after high-school had stayed tight, and were happy to welcome me back into their bosom. Thoroughly enjoyed it? It was amazing.

Back to February 2013. When my publisher told me that the book would come out on Feb 5, I immediately flashed back on Feb 3, 2003, ten years and two days before the publication of Homeland, when my first novel, Down and Out in the Magic Kingdom, was published. D&O was all kinds of firsts: the first novel I’d ever written, the first book of mine Tor ever published, and the first Creative Commons licensed novel – ever. It’s shocking to think that an entire decade has roared past in the interim, with 14 more books in print, and another two (Information Doesn’t Want to Be Free, a non-fiction book; and Anda’s Game, a full-length graphic novel from First Second) in the pipeline.

Realizing that I was a decade into my writing career literally staggered me. I missed a step while walking down the street and nearly fell over.

And then I realized I had no idea what novel I’d write next. I have notes for about five books, but none of them feel quite… ripe. The closest is probably a prequel to Down and Out in the Magic Kingdom – it would be awfully nice to check in on those old friends and see what they’re up to after a decade. Down and Out is a utopian novel, modeled in part on Kim Stanley Robinson’s Pacific Edge, a brilliant, absolutely engrossing novel about a zoning fight over a baseball diamond in a small town in a future Orange County where all of humanity’s existential problems have been decisively solved.

Utopian fiction is often characterized as optimistic fiction, because it’s fiction about a future where the existential crisis is behind us – where we know that whatever else transpires, we are likely to survive as a species. Our children and their children will live. Our deeds will not be forgotten. Life will go on.

It’s tempting to say that people who are happy in the midst of peace and plenty are doing nothing much of much. This, of course, isn’t true. Being miserable or happy has as much to do with your internal state as it does with the stuff going on in the rest of the world. Safety and a lack of material want is not guarantee of happiness – indeed, for the traumatized, it’s the quiet moments when the yammering ghosts of past horrors can be heard best.

The thing I loved about Pacific Edge is how good the people were, even as they got in each other’s way and fought with one another and made things miserable for each other. Robinson’s book is a tour-de-force character novel that is deeply compassionate about the way that people of good will and good faith can trip each other up. And it is ‘‘utopian,’’ in the sense that it is all set in a time/place where technology doesn’t threaten to get away from its creators and destroy them.

Lately, though, I’ve been thinking that writing books in which people act good while not facing much existential adversity is a kind of easy optimism. Much more interesting are stories about people who behave well when they are at risk for life and limb: the person who shares with his neighbor when doing so might mean his own starvation; the person who takes in an orphan when she can hardly feed her own children. In short, the most optimistic fiction you can write is fiction where people treat each other well under conditions of crisis.

This is a narrative we desperately need to hear. In crisis – in the horrible, slow-motion, global economic/environmental catastrophe that we inhabit – we form theories about how everyone else will react and plan accordingly. When Katrina hit, people nodded when soldiers and mercenaries shot ‘‘looters’’ in New Orleans, convinced that looting was the sort of thing that transpired after disasters. That was news. Hardly noticed, months after the fact, was the truth that there was practically no looting in post-Katrina New Orleans, and that those shot – particularly those shot by Blackwater mercenaries – were innocents who’d been killed in the service of a lie: the lie that human beings are bad, and that the first thing we do when the veneer of civilization falls away is kill, rape, and/or eat one another. This lie was a racist lie, and it was a speciest lie, too.

This is the worst kind of lie: the lie that makes itself true. When enough people believe the libel against the human race, the vile calumny that ‘‘human nature’’ would have us all at each others’ throats were it not for coercive force, it becomes a truth. If you are sure your neighbor will kill you when the lights go out, the natural thing to do is kill him at the first flicker – and even if you’re more reasonable than that, you still won’t want to let a potential killer into your shelter; you won’t want to share your food with him; you won’t want to take in his children when they need it.

In Down and Out in the Magic Kingdom, I gloss over the technological revolution that leads to a world without scarcity, mortality, or want. But ten years later, as the world divides into the hyper-rich 1% – the richest 100 of whom could end world poverty four times over with their personal fortunes – and the vast precariat of people who can’t seem to make enough to live or save enough to carry them through their dotage, it’s all I can think of. As robots take all the old jobs and the benefits of automation are funneled into fewer and fewer hands, all I can think of is, what would happen if only we could play fair? If we didn’t have to chop down our descendants’ trees to get the food that we need to eat today? If we could stop compromising ourselves to make things and sell things and do things that we know aren’t quite right, but that are somehow necessary to make ends meet.

So if I write a prequel – when I do, who am I kidding? – this is what I’ll try and capture: the optimism of people who are kind to each other in times of adversity. Not in spite of adversity, but because of it. Not a cozy apocalypse where all the ‘‘useless’’ people are killed off in a cometary eyeblink, leaving the lucky survivors to pick up the pieces. Rather, a future where no one is left behind, where care and love and fellow-feeling are revealed as the underlying fact of humanity, the reason we have survived through the millennia, the nobility that makes our crises tragic to begin with.

It’s been ten years. I can’t tell you how many people have written to me to tell me about the way my books have influenced their thinking. Ten years on, if there’s one thing I want to accomplish as an artist, it’s to put a stake through the heart of the big lie of the human beast.

From the March 2013 issue of Locus Magazine 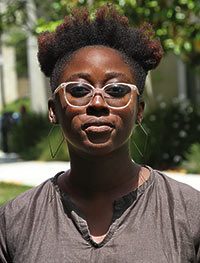 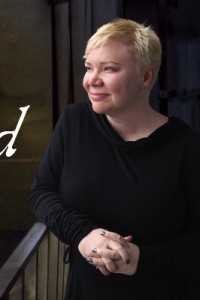 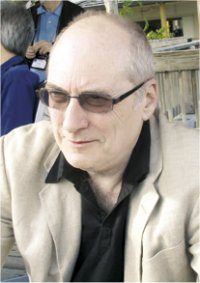