The 40th International Conference on the Fantastic in the Arts (ICFA) took place March 13-16, 2019 at the Orlando Airport Marriot Hotel, with a theme of “Politics and Conflict.” Academics, writers, publishers, editors, artists, students, independent scholars, and more participated, with about 480 people attending (up from 457 last year) and about 285 either presenting a paper or appearing on a panel (down from 306 last year). G. Willow Wilson was the guest of honor, with guest scholar Mark Bould.

Many panels and papers related directly to the theme, while others covered a variety of subjects, from Marvel movies and Stranger Things to “Writing the Science and Technology of SF”. Papers included “Mothers, Wives and Heteronormative Discourse in the Sleeping Beauty Canon”, “‘Magical Negroes’ and Managed Women: The Social Politics of Penny Dreadful‘s Colonial Nostalgia”, and “The Zombie Function in Pulp Fiction”.

IAFA President Sherryl Vint said, “For me, the highlight of the conference this year was the talk by G. Willow Wilson.… She spoke with grace and generosity, and reinforced my conviction that the fantastic genres have an important role to play in helping us to think through issues of cultural and social change.” Wilson’s guest of honor speech addressed the idea of the “political,” arguing that politics and identity are linked in inextricable ways, forcing certain people to be more “political” than others. As a Muslim female creator facing pushback, she explored the illusorydistinction between politics and lived experience. A day after her insightful speech, the world faced a terrible tragedy and crime against Muslims, the mosque shootings in New Zealand. The conference became a source of conversation, mourning, and exploration on those topics.

In his guest scholar talk, “Our Frightful Hobgoblin, or, Notes Towards Full-On Fully-Automated Luxury Green Interspecies Queer Space Communism of Colour”, Mark Bould speculated that in the face of widespread social and economic inequality and climatic change, certain useful ideas can be corrosive to the status quo. In a far-ranging talk he touched on the significance of the zombie film, the “spectre” of communism, asteroid mining, and technotopias.

Perhaps most importantly, beloved conference chair Donald E. Morse, who served for 35 years, stepped down as chair this year. He was honored with a reception celebrating his years of service and revealing some interesting facts about the man best known locally for his hard work on the conference and his oratorical menu readings: from his early career as a drummer to his days as an activist (he marched with Martin Luther King, Jr. in Montgomery) to his time living in Romania and smuggling Hungarian books across the border.

Isabella Van Elferen presented IAFA’s award for an outstanding student paper, formerly called the Graduate Student Award but rechristened two years prior as the David G. Hartwell Emerging Scholar Award, to Sheetala Bhat for essay “Watching the (Re)calling of a Princess: On Bearing Witness through the Fantastic in I Call Myself Princess“. She also presented the Distinguished Scholar award to guest scholar Bould.

Terry Harpold presented the Jamie Bishop Memorial award for Alessandro Cabiati’s work, “Arrigo Boito and the idée fixe: Refrains, Monomania, and the Representations of the Fantastic”. He also presented the Walter James Miller Memorial Award for Student Scholarship in theInternational Fantastic, which went to Mailyn Abreu Toribio for “Interpreting for Those Without Tongues: Speculative Fiction and Climate Change”.

The Lord Ruthven Society Awards were announced by Amanda Firestone. The fiction award went to European Travel for the Monstrous Gentlewoman, Theodora Goss (Saga); non-fiction to I Am Legend as American Myth: Race and Masculinity in the Novel and Its Film Adaptations, Amy J. Ransom (McFarland); there was no media category winner.

Sheila Williams, editor of Asimov’s, announced the winners, runners-up, and honorable mentions of the Dell Magazine Award for Undergraduate Excellence in SF and Fantasy Writing. First place went to “Military Sunset” by Ana Maria Curtis. First runner up was Cody D. Campbell for “Crossing Over”.

Gary K. Wolfe spoke about the history of the Crawford Award for the Best First Fantasy Book, particularly its connection to Andre Norton. He praised the finalists, saying, “They are all absolutely worth looking up.” The Poppy War by R.F. Kuang (Harper Voyager) took the award. Wolfe said, “The judges decided on a novel which stunned all of them, with its extreme portrayals of violence and genocide, and extremely sensitive portrayal of an orphan who is atthe center of all this.” Kellan Szpara accepted for Kuang, who had attended ICFA the prior year as a Dell Awards runner-up, but was unavailable this year due to attending a Cambridge fellowship. Kuang thanked Williams and Rick Wilber and congratulated this year’s Dell Awards writers. “I remember watching Carmen Maria Machado win this award last year. Her Body and Other Parties is one of the most original and breathtaking works I’ve ever read. So it’s unreal to me that The Poppy War is this year’s follow up…. I want to celebrate that The Poppy War is not the first work by a woman, a woman of color, or a queer woman to win, not by a long shot. Just look at the diversity of experiences represented by recent finalists…. Go read those books.”

Immediate Past President Sydney Duncan announced two Robert A. Collins Service Awards “presented to an officer, board member, or division head for outstanding service to the organization.” Locus‘s own Gary K. Wolfe received one award; the other went to Judith Collins.

The theme of next year’s 41st annual conference will be “Climate Change and the Anthropocene”, to be held March 18-21, 2020 in the same location. Jeff VanderMeer will be the guest of honor, with guest scholar Stacey Alaimo.

This report and more like it in the May 2019 issue of Locus. 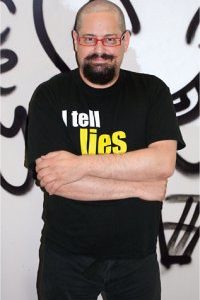