In Donald G. Turnball’s now infamous letter to Astounding Science Fiction in 1938, he complained that there were too many women in the magazine’s stories.

‘‘A woman’s place is not in anything scientific,’’ he wrote. ‘‘Of course the odd female now and then invents something useful in the way that every now and then amongst the millions of black crows a white one is found.’’

What strikes me both in this letter and in Merrick’s exquisitely researched (and Hugo nominated) The Secret Feminist Cabal is how recent this thread of history is. Seventy-five years of cultural change is nothing. In under a century, to quote the equally notorious cigarette ad, women in SF have ‘‘come a long way, baby.’’

Merrick traces how the field has evolved over the last ninety years, from a boys’ club to a moderately inclusive field – inclusive for women, that is. Merrick concludes this work with the frontiers being pushed for people of color and for GLBT readers and writers who are still shoved to the SF/F margins. Fortunately, Merrick’s scholarship is current enough to include the debate nicknamed ‘‘RaceFail ’09’’ in the online genre communities, which will probably be the subject of its own academic field in another 50 years.

While Merrick does an amazing job of tracking the rise and fall and rise again of feminism in the genre and its attendant fan communities, what strikes me most as a reader is that her analysis could also be applied to feminism in society as a whole; that is, genre plays out as a microcosm of greater political thought. Which isn’t really a surprise, since SF is made up of people who interact with the larger world – but it hammers home again that these sorts of analyses are not only a history of a community but of a larger movement as well.

At times, yes, Merrick’s prose can lean toward the overly academic, even for those who are fluent in that language. It’s a minor complaint and one that shouldn’t overwhelm what Cabal does. Merrick has captured history as it unfolded (and continues to unfold) and cited as many of the major and minor players as she could find. The bibliography alone is worth the price of admission, and it will be fascinating to see what future thinkers will build on the foundation they have been handed.

On a personal level, Cabal has inspired me to dust off my copy of Farah Mendlesohn’s On Joanna Russ, which is also up for a Hugo this year. Merrick’s work put Russ into context for me and makes me want to know more about who helped women in the field move as far as they have in so short a time. 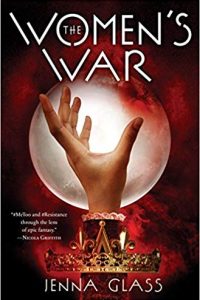