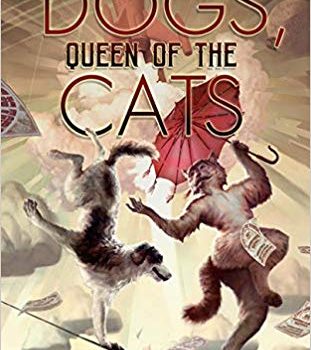 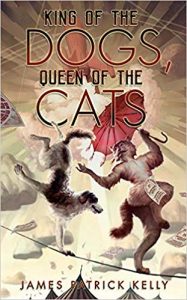 One of the most enduring and useful conventions of traditional SF, dating back at least to the pulp era, is the notion of a broad confederation of planetary civilizations, whether it’s Le Guin’s League of All Worlds (later the Ekumen), Poul Anderson’s Pyrotechnic League, or James Patrick Kelly’s The Thousand Worlds (a term also used by George R.R. Martin in his early SF). It’s a conveniently self-explanatory concept, implying a huge backstory that may never get outlined in detail, but that permits writers a kind of shorthand for locating planetary settings in a broader context, enabling them to concentrate, especially in short fiction, on stories whose focus only marginally needs the large-scale SF background at all. Kelly, whose latest Thousand Worlds novella King of the Dogs, Queen of the Cats also draws on the familiar tradition of talkative “uplifted” animals, is a past master at combining familiar SF elements into something that seems entirely new. What makes this one seem even newer is the way in which Kelly deploys a couple of ancient plot devices that have little to do with SF: the mysterious circus which comes to town, upending local complacency (á la The Circus of Dr. Lao) and the even older trope of running off to join said circus.

In the Enlightened City on the planet Boon, governed by a sort of clone/hereditary Supremacy, three species share a sometimes uneasy accommodation: uplifted cats and dogs, who serve as a kind of underclass, and humans. Visitors from offworld, called the upside, are also widely distrusted. Gio, who shares senatorial duties and even a wife with his ambitious grandclone Fra, but who dreams of escaping to the upside, is intrigued by posters advertising a multispecies “scofflaw circus,” the like of which has never been seen on Boon. Visiting a rehearsal in a nearby forest, he meets and finds himself attracted to another young senator, Kly, and also meets the ringmaster, a cat named Scratch. Sensing the anarchic possibilities of the circus at a time when the old-guard government is growing unstable, Gio and Kly join up, hoping that the circus – which “had never been just a show” – might provide a model for a more enlightened era of interspecies cooperation. Kelly packs a good deal of insightful political and social commentary into this brief but entertaining fable, persuasively portraying the uplifted cats and dogs as intelligences at once alien and familiar while suggesting sly allusions to everything from Alice in Wonderland to Puss in Boots. It’s a shrewdly comic tale with more of a bite than we might at first suspect. 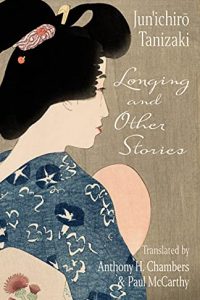 One thought on “Gary K. Wolfe Reviews King of the Dogs, Queen of the Cats by James Patrick Kelly”