From a press release sent by the administrator of the Arthur C Clarke Award, Tom Hunter (links added by me):

The six shortlisted books are:

The annual award is presented for the best science fiction novel of the year, and selected from a list of novels whose UK first edition was published in the previous calendar year.

The winner will be announced on Wednesday 29th April at an award ceremony held on the opening night of the SCI-FI-LONDON Film Festival: www.sci-fi-london.com

The judging panel for the 2008 Arthur C. Clarke Award are Chris Hill and Ruth O’Reilly for the British Science Fiction Association, Robert Hanks and Rhiannon Lassiter for the Science Fiction Foundation and Pauline Morgan for the science fiction news website SF Crowsnest.com. Paul Billinger represents the Arthur C. Clarke Award as the Chair of Judges.

Books I’ve read that I’d have been happy to have seen on the shortlist: Will Ashon, The Heritage (free PDF!) ; Patrick Ness, The Knife of Never Letting Go

[Edited to add: as I’ve not read all 46 submitted books, or indeed reviews of all of them, no-one should take these lists as comprehensive; as noted in my comment to Adam Roberts here, his Swiftly could certainly be seen as a contender. Feel free to tell me in the comments of other good stuff I’ve missed.]

The Clarke has a reputation for a) crossing over into “the literary” for its own sake more than other sf awards, and b) annoying the sf community because of a). (And I certainly got very grumpy at last year’s list excluding Ian McDonald’s superb Brasyl and including of a couple of novels published outside the genre whose merits I thought were relatively low.) However, this year’s jury seem to have avoided those pitfalls; although you could argue with some of the exclusions, I think all the shortlisted books have something to commend them, and a couple are really exceptional.

The wildcard is probably Martin Martin’s on the Other Side, a book not much noticed by the sf community so far – an exception being Jonathan McAlmont’s review. I may wind up writing about it myself, so won’t give too many spoilers here; suffice it to say that it’s a fizzing near-future novel with plenty to say about contemporary media culture. I don’t quite agree with Jonathan’s argument that it sits in his new subgenre of Barleypunk (defined here, with some NSFW language) – I think the near-future elements have more in common with something like A Clockwork Orange.

Predictions? I’m rubbish at them, and in any case they depend so much on the personalities and tastes of the jury, and the dynamic between them. From my own tastes, there are two or three books on the list I’d be very happy to see win, but your mileage may vary. Emergent themes? Well, it may be just coincidence, but there are several books on the list about selfhood, and what happens to it when split or cloned. (So there’s a lot about memory too.) The state of sf? From this showing, very healthy. 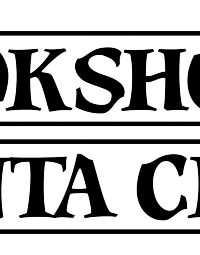