Byrne co-founded Eidolon Publications in 1990 and co-edited all 30 issues of Eidolon: The Journal of Australian Science Fiction and Fantasy until its closure in 2000. He was an integral part of publishing Terry Dowling’s The Mars You Have in Me, Storm Constantine’s The Thorn Boy, Robin Pen’s The Secret Life of Rubbersuit Monsters, and Howard Waldrop’s Going Home Again. Byrne was also part of MP Books, which published Antique Futures: The Best of Terry Dowling in 1999. Byrne co-edited three anthologies with Jonathan Strahan, two volumes of The Year’s Best Australian Science Fiction and Fantasy in 1997 and 1998, and Eidolon 1 in 2006.

Active in fandom, he was on the committee of the 1997 Australian national science fiction convention, The Festival of the Imagination, edited Piffle and Other Trivia for the University of Western Australia science fiction club, and was closely involved with WASFF and the Ditmar Awards for some years. Byrne also co-owned and ran Interzone Night Club and many other ventures. He famously accepted Greg Egan’s 1999 Hugo Award for “Oceanic” in Melbourne, which led to the persistent, if inaccurate, rumor that he was Egan. 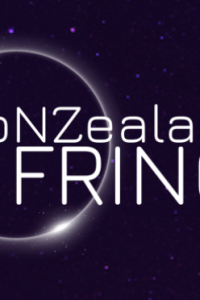