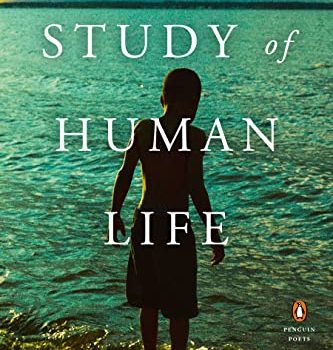 Fantasy romance novel with elements of fairy/folk tales. In the course of a dig, archaeologist Lyne Vanlith becomes cursed and is rescued by a Beast who turns out to be a handsome nobleman, also cursed.

Castle, Jayne: Sweetwater and the Witch

SF romance novel, 16th in the Harmony series. Ravenna Chastain uses her special magical talents to become a professional matchmaker, until the one client she can’t find a match for needs her to fill in as his date.

Psychedelic psychological horror novel of addiction and a new drug, Ghost, that lets users communicate with the dead.

Gilmore, Olesya Salnikova: The Witch and the Tsar

Historical fantasy novel of 1560 Russia. The witch Baba Yaga discovers the wife of the tsar is being poisoned, and reluctantly investigates.

Gordon, Cait, Johnson, Talia C.: Nothing Without Us Too

Original anthology of multi-genre fiction by disabled authors, second in a series. Includes a story about the horsewoman of the apocalypse from the late Melissa Mead.

Ireland, Justina: Rust in the Root

Young-adult historical fantasy novel.  Laura, on her first mission as a mage, learns about the American past when Black mages were killed for their power.

Fantasy novel, set in the Birdverse universe. Beneath the waters, a sleeping star begins to awaken, endangering the inhabitants of a nearby island.

Serial killer/slasher horror novel/ghost story. Kit hears a ghost story about Daphne, a girl from their school who died and is still seeking revenge, and then Kit’s friends start disappearing one by one.

Mason, Michelle I.: My Second Impression of You

Young-adult time-loop fantasy novel. Maggie, having just had the worst day, gets a mysterious app that lets her relive her best day — but she sees things differently the second time around.

Young-adult queer paranormal novel set in a boarding school with a secret brotherhood and an ancient evil.

Urban fantasy/vampire novel, fourth in the Heirs of Chicagoland series. Elsa, the only vampire ever born (rather than turned) agrees to escort a vulnerable supernatural to Chicago.

Patterson, James, Raymond, Emily: The Girl in the Castle

Young-adult thriller novel. Hannah, a patient in a psychiatric hospital, is convinced she’s got to return to the past to save her sister, starving to death in 1347.

Piper, Hailey: No Gods for Drowning

Fantasy novel. Two investigators try to track down a serial killer in a city of cars and neon, now in chaos because the old gods have fled, leaving the city beset by demons and monsters.

Young-adult fantasy novel. Toma, adopted by the benevolent undead, encounters the incognito tsar in an empire on the edge of revolution.

Climate change SF novel. A thief is imprisoned in 1877. In 1852 two brothers separate after their father dies on a glacier, but both hear mysterious voices. In 2050 twin brothers — a police profiler and a climate journalist — start to look into their family history.

Fantasy/magical realism neo-Western mystery novel, a prequel to The Resurrection of Fulgencio Ramirez. A retired lawman hides out on his border ranch, until a string of murders and kidnappings compels him to investigate, helped by an enchanting Apache-Mexican seer.

Salvatore, R.A.: The Dao of Drizzt

Gaming tie-in, a collection of writings/musings/aphorisms made by the character Drizzt in his series from the Forgotten Realms world. Introduction by Evan Winter.

Middle-grade fantasy novel, the sixth in the Alcatraz vs. the Evil Librarians series featuring Alcatraz Smedry. Bastille, a Knight of Crystallia, leads the charge against Biblioden, founder of the Evil Librarians and the one who killed Alcatraz’s father. Illustrated by Hayley Lazo.

Horror novel. Historical researchers visit a remote Irish village, where the locals are terrified of what comes out after dark.

Dystopian SF novel set 1,000 years in the future, when a Black elite rules over oppressed and enslaved lower classes, but one young Elite wants change.

Fantasy novel, a retelling of Tam Lin set in contemporary Scotland. A signed limited edition hardcover is available direct from the publisher.

Paranormal romance novel, the third in the Black Dagger Brotherhood: Prison Camp sub-series. Framed for the grisly murder of his shellan, Kane is condemned to the notorious prison camp.

Fantasy novel, the second book in the Dawning of Muirwood trilogy. Lowly foundling Eilean, at the new abbey of Muirwood, serves the imprisoned druid Mordaunt, the king’s exiled advisor.

Space opera novel, third in the Praxis series. Victorious, Gareth and Caroline are ready to reunite the empire, but any advance would spring an enemy trap.

Fantasy novel. A woman discovers that her nightmares are actually a power inherited from her Gullah ancestors, along with some dark, deadly family secrets.

Young-adult gothic vampire horror novel set in the 1990s. Ann falls for the vampire who may be responsible for her sister’s disappearance. 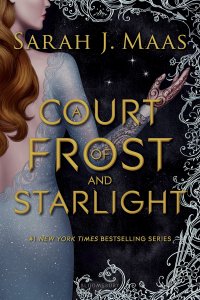 Karen Burnham Unreliable narrators. Why use them? Is it playing fair with the reader? What stories do it best? Who will mention Gene Wolfe first? (Ah, I guess that’d be me.) Who else uses them effectively? As always, this discussion is broken up into multiple pages for ease of reading. If you’d like to read it all on a single page, select ‘View All’ from the drop down menu above.