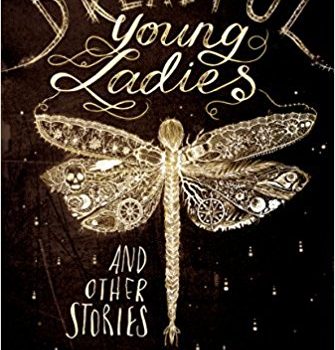 Paolo Bacigalupi & Tobias S. Buckell, The Tangled Lands (Saga 2/18) Noted authors Bacigalupi and Buck­ell teamed up to create this feudalistic fantasy world, where any use of magic causes the growth of poisonous brambles strangling the land, for two novellas, one by each author, back in 2010. Those two are now joined by two new novellas, again one by each author, further ex­ploring this world of lost glories and a tyrannical regime. “While each story works on its own individual terms, the collective effect is that of a series of intriguing trailers for a tantalizing epic film.” [Gary K. Wolfe]

Brooke Bolander, The Only Harmless Great Thing (Tor.com Publishing 1/18) The story of the Radium Girls, factory workers poisoned by radiation in the early 20th century, gets a strange, tragic twist in this alternate-history fantasy novella, in which the dying women are replaced by elephants, with their own long memories and lore.

Lois McMaster Bujold, Penric’s Fox (Subterranean 2/18) The charming adventures of sorcerer/scholar Penric and his demon Desdemona continue in this fourth novella in this series, set in the world of the Five Gods introduced in The Curse of Chalion. Set after the second volume, Penric and the Shaman, this takes Penric on a visit to Easthome in the Weald, where he gets tangled up in the investigation of a sorceress’ murder. Originally available as an e-book (Spectrum Literary Agency 2016), this is its first appearance in print.

Sue Burke, Semiosis (Tor 2/18) First contact takes a fascinating turn in this SF first novel of biochemistry and the nature of sentience. A human colony seeking a harmonious home struggles on the world Pax, unaware the native plants communicate, and humans will have to find a way to join the conversation to survive. “A wholly surprising and exceptionally crafted generational story of how these two worlds manipulate each other… a magnetic meditation of biochemistry and humanity.” [Adrienne Martini]

S. Jae-Jones, Shadowsong (Wednesday Books 2/18) Music, madness, and the Goblin King return in this powerful young-adult fantasy, the conclusion to the duol­ogy begun in the acclaimed Wintersong. Liesl finds life back in the world above harder than she expected, her beloved brother withdrawn – and the borders between worlds seem to be crumbling.

John Kessel, Pride and Prometheus (Saga 2/18) The Regency romance of Jane Austen’s Pride and Prejudice collides with the gothic SF horror of Mary Shelley’s Frankenstein in this gripping novel, which provides new perspectives on both classics. Unmarried Mary Bennet falls for the mysterious Victor Frankenstein and befriends his Creature, still waiting for his promised bride. “It is an attempt to yoke together the social vision of Austen and the gothic proto-SF of Mary Shelley, to see what kinds of fields can be plowed with those beasts. (Yeah, yeah, Pride and Prejudice and Zombies, except this book isn’t a funny-once stunt.)” [Russell Letson]

Nnedi Okorafor, Binti: The Night Masquerade (Tor.com Publishing 1/18) The third novella in the SF trilogy begun in the Hugo and Nebula Award winning Binti. Back on her home planet, violence breaks out and it’s up to Binti to embrace change, and find a way to end the violence. “A very uplifting book…. The prose is vivid and unadorned, the pacing strong, and the novella as a whole, deeply compelling.” [Liz Bourke]

Anjali Sachdeva, All the Names They Used for God (Spiegel & Grau 2/18) A first collection gathering glow­ing praise, this presents nine stories, three new. Despite a definite literary bent (the published stories originally appeared in literary magazines), many of these varied tales use elements of SF or fantasy to explore humanity’s hopes and fears – and beliefs, whether in gods or science.

Vandanna Singh, Ambiguity Machines and Other Sto­ries (Small Beer 2/10) A noted writer of short SF, Singh offers 14 stories (one original) in this new collection, with tales ranging from near-future to far, space opera to hard SF, and some more experimental works. “Story, in fact, and how we are defined by it, is really Singh’s grand theme… it’s what makes her one of the most compelling and original voices in recent SF.” [Gary K. Wolfe]

E.J. Swift, Paris Adrift (Solaris 2/18) A college student takes a year off in Paris, finds a time portal in the bar where she works, and tries to change the past to prevent the destruction of humanity – only her changes have unexpected consequences. “Swift’s prose is well crafted, and her characters breathe a sort of gap-year-encounters-larger-than-reality hallucinogenic life.” [Liz Bourke]

Jeff VanderMeer, The Strange Bird (MCD X FSG Originals 2/18) VanderMeer expands on the fascinating world of Borne in this painfully beautiful SF novella, which follows a lab-created cross of bird and human who manages to escape her creators, only to find herself in a post-apocalyptic outside world full of more strange creations of science and other dangers. Originally pub­lished as an e-book 8/17; this is the first print edition.

Jo Walton, Starlings (Tachyon 2/18) Walton’s first fiction collection has 16 poems, a play, and 20 stories, although Walton herself says that only two are “actual short sto­ries.” The rest are an entertaining mix of experiments, extended jokes, pieces inspired by myths and folklore, and chapters of unwritten novels, often on the light side but also revealing Walton’s distinctive imagination and her interest in the forms stories can take. 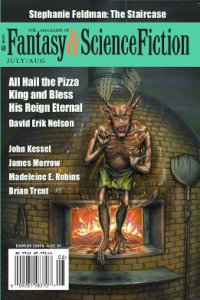 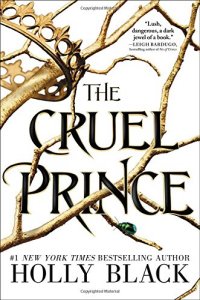 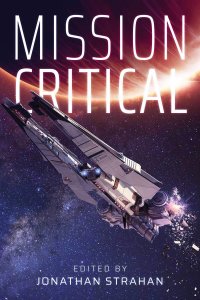 MARLON JAMES was born November 24, 1970 in Kingston Jamaica. He attended the Wolmer’s Trust High School for Boys and attended the University of the West In­dies, where he studied Language and Literature, graduating in 1991. He moved to the US, where he later earned his MFA in creative writing at Wilkes University in Pennsylvania in 2006. His debut novel was John Crow’s Devil (2005), followed by The Book