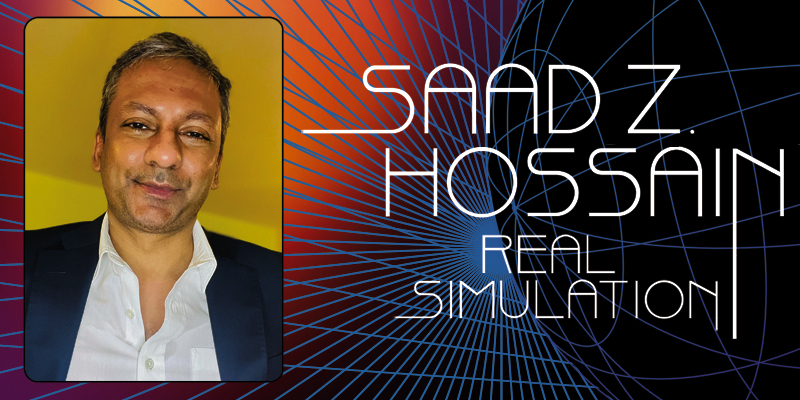 SAAD Z. HOSSAIN was born April 22, 1979 in Dhaka, Bangladesh. He studied English Lit and Commerce at the University of Virginia.

Hossain lives in Dhaka, where he works as a businessperson in addi­tion to writing, with his wife and two children.

“A novel is like a monkey on your shoulder after a while. ‘I’ve been working on this for so long, and now it has to be perfect. It has to be better – it has to be a world classic.’ At a certain point you realize you’re just not going to do it.

“Escape from Baghdad! was really a war satire. It wasn’t meant to be satire, but I don’t think anyone starts out saying, ‘I’m going to write a satire.’ That’s how it ended up. It’s a war story about a couple of guys in Iraq who are not heroic – it’s a retired schoolteacher and auto-work-bum/black-market guy, and it’s just them navigating through the chaos of the city. They’re trying to leave Baghdad, but they end up never leaving Baghdad. Their whole plan is, they’re going to find this treasure that’s hidden, they have this hostage, and they’re going to leave Baghdad and escape this inferno. They never succeed, because it’s impossible to leave a state of war – wherever you go, it follows you. I put everything I had into that story, because it was my first, and you never know if there’s going to be a second.

“I used all the tricks, and all the nice lines – that story has a lot of nice lines and a lot of good characters. But it’s also based on outrage, and you can’t sustain that emotional intensity throughout. After I wrote that novel, I didn’t have the outrage anymore. It was spent, so I was more relaxed, and decided, ‘I’m just going to write stories now. I’m not angry anymore!’

“The part with the AI governance – I always feel like that’s where we’re headed, anyways. I went to college at the University of Virginia, where I studied English Lit and went to the Commerce School. So I did business, and then English Lit for fun. I follow American politics, and in the Trump era you have to protest so much, for every little thing, and it’s almost like – is it a full-time job for a person to watch their government? It seems like it’s impossible to do this. If you don’t protest you’ll have something taken away, like one of your rights or Medicare or Medicaid. At what point do you just say, ‘Look, we don’t have time for this. We just want a machine algorithm where you input whatever you need and it just does it for you.’ I mean, what good is human governance, anyway? All we want is clean water, some food, medicine, rent control, transportation systems…. What do regular people want? It doesn’t seem like this whole political machinery serves that purpose anymore – in any country! Not just yours, and not just mine, but in any country. I don’t feel politics does its job anymore. The system doesn’t work, because politicians are really there to make money for corporations or special interest lobbies, and the vast majority of people have really no stake in things anymore. I think, at some point, we will get governance that’s just like a machine, and it will just do the work, fix the roads, do the basic stuff. We don’t need any creativity – governance is one place where we don’t need hu­man ingenuity. We just need something that works. If you want any big changes, you can still vote on it or whatever. But for the nuts and bolts of governance, you don’t need humans anymore. AI governance is the answer we’re stumbling towards, anyway, as humans.

“The automation of all the government structures is already happening in most places. That automation is the first step, anyway. You pay your bills online, you pay your taxes online – you do all that stuff online. That’s good, because humans ask you for bribes, they hassle you, and they’ve got some agenda, whereas, online, it’s just: Here’s a form. Fill out the form and send it in. A lot of ideas in the book are things that I think about anyway and then work out in the story. For the rest of the writing, I find characters I like. You’re getting more human-interest sci­ence fiction nowadays, as opposed to the hard sci-fi of Asimov, which was really concept-based. These days you’re getting softer science fiction.

“I’m making your life more interesting, but look at it this way: djinn, for a vast number of Muslim people, are a factual thing. I do believe djinn and elves and vampires all belong to the same category. For a vast number of people, they are real. There’s a way to look at the world as a monolithic structure, and especially in science fiction we fall into that mistake. Earth is one thing, humans are one thing, and it’s Earth vs the Vast Exterior of Space, and we’re dealing with big cosmic concepts and aliens and so on. We have the idea that only one version of Earth that exists – but, clearly, parts of the Earth are still in the Stone Age, while other parts of it are in posthuman technology. I think writing fantasy elements is a way of representing that. In a way, the fantasy elements are literal, but in another way, they also show the fluidity of facts. There are objective facts in the real world, but for many people, those facts don’t make any sense. Look at the way people dispute a supposed fact in two completely opposite directions, right? Which is happening more and more now, with science, with COVID, and with vaccinations. You would think these things are beyond dispute in a scientific way, but they’re not. How do you represent that tension? How do you portray that chaos? When you’re doing near-future science fiction, that’s the interesting part, actually portraying that conflict. When you’re doing space opera or hard sci-fi spaceship stuff, that’s a different theme. But with this urban sci-fi where you’re dealing with the near future and human society and how it gets to where it is, I enjoy including those chaotic elements of fantasy. It’s like writing science fiction with magic realism. If you asked Gabriel García Márquez to write science fiction, what would you get? Wouldn’t that be cool, to have him write science fiction?

“When we’re writing characters, heroes and villains, we can get caught up in almost a Dungeons-and-Dragons-like character sheet of abilities and traits. But then you get boring characters – very standard, square-jawed heroes. I basically write the flaws first. I focus on the ludicrous aspects of a character, the absurdity of them, because thoseare the things you notice first about real people, and then, maybe, these are also the things that are lovable about people. When I look at people around me, their good qualities are almost boring – it’s their flaws, it’s their absurd beliefs and their irrational reactions, which are interesting. Look around at your family and your loved ones, look at the family stories – almost all the stories that are funny or crazy happened because somebody did something irrational, right?

“I don’t start with a plot because I don’t write with outlines, but what I do is I start with a character I like. Sometimes, they’re whiny, like Kundo, from the last book I wrote – the character’s really annoying. He’s pathetic, and it takes him a while to break out of that. I also don’t like starting with designated villains and heroes. I like having just characters, and then I’ll reuse them.

“I don’t know what I’m doing with the plot, so my plots are accidental. That’s why I enjoy writing. I don’t want a plot – I want to end up somewhere far away from where I started. If I need a character, I will try and use one that I’ve used before, rather than introduce a new one. That way, I get some change, and the characters maybe move around on the scale of good or bad. I think that’s a good trick to have: you in­troduce some minor character in the beginning, and you use them again, and then they get a bit more depth.

This report and more like it in the December 2022 issue of Locus. 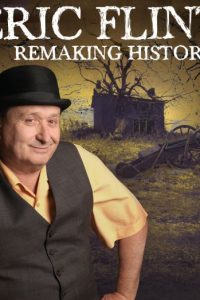