SFWA Executive Director Kate Baker said one of the changes for programming this year was incorpo­rating suggestions from the SF community. “The programming team received over 300 submissions…. While we weren’t able to utilize all of the ideas, we do plan on offering some of the panels throughout the year as part of the conference membership.” Forty-nine panels were offered over the course of three days, with roughly 232 program participants. Early online programming leading up to the event proper included “Weekly Writing Dates” with notable authors and the Narrative Worlds conversation between Saladin Ahmed and Kate Elliott. The Grand Master Reception for Mercedes Lackey was held May 20 at 5:00 p.m. For the event proper, programming focused on industry-relevant topics. Panels began with “Those Who Can Teach” with Gabriel Ertsgaard, Jen Gunnels, David Hopkins, Sarah Pinsker, and Arley Sorg at 9:00 a.m. Options scheduled included “Combating Misogyny in Romance Writing” with Meghan Ciana Doidge, Jasmine Gower, Jeffe Kennedy, Sarah Loch, and Cecilia Tan; “Unlikeable Narrators Aren’t In­herently Bad” with Christopher Caldwell, James Kennedy, Jordan Kurella, PJ Manney, and Zin E. Rock­lyn; and “Every Little Thing They Do Is Magic: Latinx Writers Talk Fantasy and Realism” with David Bowles, J.C. Cervantes, Carlos Hernandez, Tehlor Kay Mejia, and Claribel Ortega.

The 57th Annual Nebula Awards Ceremony was held Saturday, May 21, at 5:00 p.m. PST, and was streamed live on YouTube, Facebook, and the Nebula Conference platform. Baker reported 200 viewers on the website, 29 watching the Facebook feed, and via YouTube “an average of 350 people watched the two hour show and since then, there have been over 1400 views.” Neil Gaiman and Connie Willis co-hosted.

SFWA president Jeffe Kennedy acknowledged prior president Mary Robinette Kowal, saying she was the only president in SFWA history to not attend a physical Nebula conference while presiding. SFWA honored Kowal with an “Orbiting Moon” trophy. The Damon Knight Grand Master Award was presented to Mercedes Lackey, who said, “This world will beat the crap out of you,” and talked about the commonalities of suffering. “Helping the wounded through their worst times was something I really wanted to do because it was something I also needed.” She thanked C.J. Cherryh, Marion Zimmer Bradley, Anne McCaffrey, and Andre Norton, as well as agent Russ Galen, editors Betsy Wollheim, Tom Doherty, Melissa Singer, Toni Weisskopf, Jim Baen, and others. She thanked “my partner in everything and a powerhouse in his own right” Larry Dixon. She finished by saying, “I am a single point in a longline. This award reassures me that I’ve done my part to light the way for those to come.”

Steven H Silver presented the Kevin O’Donnell, Jr. Service to SFWA Award to Colin Coyle, who volunteered time and expertise to SFWA and the Nebula Conferences of the past few years. Coyle credited several people who helped make events happen, saying, “I see this award as an honor to that talented and dedicated team, and the dozens more who helped bring off a conference that we can all be proud of.”

Nibedita Sen introduced the Short Story Award, which went to Sarah Pinsker’s “Where Oaken Hearts Do Gather”. Pinsker thanked family, agent Kim-Mei Kirtland, critiquers, Uncanny, other finalists, and more. Excited, she pointed out the numerous anthologies filling her bookshelves, and said, “I love short stories, so to get the award for short story, just means a lot to me!”

In 2009, the second year of the Solstice Awards, there were three recipients, which did not happen again until 2021. For 2022, Amal El-Mohtar presented the first of three Solstice Awards, posthumously to Petra Mayer, who was primarily known for her work with NPR. El-Mohtar described Mayer as “a superb editor and mentor.” Elizabeth Graham accepted on Mayer’s behalf, saying “If she were here right now, I know she would say she was the lucky one.”

Henry Lien presented the Andre Norton Award finalists; the winner was A Snake Falls to Earth by Darcie Little Badger. Tearful, Little Badger thanked voters, readers, Levine Querido, editor Nick Thomas, agent Michael Curry, and her spouse and family. She spoke about her tribe – Lipan Apache – which comprises “less than 10,000 people living in the Southern US. For us, every day is a fight for survival, basic rights, and visibility in our own homeland.” She talked about writing her book and hoping it would connect with both Indigenous and non-Indigenous readers, as well as giving “young Lipan readers strength and pride, despite all the challenges they face existing in a country that tries to erase us. This recognition from the Nebulas is a sign that my hopes are coming true.”

John Scalzi introduced the Ray Bradbury Award, which went to WandaVision. Five of the writers accepted, saying “So many of us have been shaped by Ray Bradbury’s writing, so to win this award with his name on it is just surreal.” They thanked SFWA, the viewers, and more.

Tobias S. Buckell presented the second Solstice Award to Arley Sorg. Sorg said, “There are many people putting out work right now which has a positive impact on genre. I’m not the only one, and I don’t know if I deserve an award.” He talked about being inspired by J.A. Pitts, “who showed me the potential of this community through his kindness.” Sorg dedicated the award to Pitts, and to those “who put love and work into this community. We all make it better together.”

Greg Kasavin presented the award finalists for Game Writing; the winner was Thirsty Sword Lesbians. April Kit Walsh accepted, thanking contributors Whitney Delagio, Dominique Dickey, Jonaya Kemper, Rae Nedjadi, and Alexis Sara. “There’s no one person who can represent all of queer experience; no six people can either, but the game is truer and more welcoming thanks to all of their contributions.” She thanked SFWA, her partner, publisher Evil Hat, her editor Karen Twelves, and more.

Walsh’s speech was followed by the In Memoriam.

The third Solstice Award went to Troy L. Wiggins, presented by DaVaun Sanders. Sanders spoke on Wiggins’s work as a founding editor of FIYAH, as well as beyond the magazine. “His efforts in standing up that market created opportunities, visibility, and hope for countless underrepresented Black authors, poets, and artists, building a foundation for Black perspectives to contribute to the conversation, direction, and critique of the larger SFF community.” Wiggins spoke about his drive, “because writers like me, and let’s be clear, I don’t mean just Black, or country, or working class writers, but dedicated, talented, and fierce writers were not being seen in our field.” He spoke about entering the field through the Black Science Fiction Society, founded by last year’s Solstice recipient Jarvis Sheffield. Wiggins noted that “we have a lot of work left to do for the world” and that “the most potent and powerful gift we can bring to the world is our imaginative power to create beautiful new possibilities for ourselves and for those around us.”

A.T. Greenblatt presented the finalists for the Novelette Award; the winner was “O2 Arena” by Oghenechovwe Donald Ekpeki. Due to connectivity problems, Ekpeki’s speech came last, and he was without electricity in his location so the video was completely dark. “There’s a lack of visibility for Nigerian writers,” he laughed, “I guess it’s kind of literal.” He talked about the particular difficulties of seeing himself winning a major international award, saying, “I would like to hope that more writers like myself would be able to see themselves on this stage, giving a speech, subsequently as things start to change, accommodating more people from certain positions.” He thanked Galaxy’s Edge and editor Lezli Robyn, Apex Magazine, the African Speculative Fiction Society, “which had been my backbone for a while,” SFWA, and others. He dedicated the award to Emeka Walter Dinjos.

Martha Wells presented the finalists for Best Novella, which went to And What Can We Offer You Tonight by Premee Mohamed. Mohamed thanked SFWA, readers, voters, agent Michael Curry, editor dave ring, and more. Mohamed talked about Gene Wolfe’s “The Fifth Head of Cerberus” as an inspiration “in terms of aesthetic and vibes, but also making me ask myself, do I really want to hear more about the owners of the place, or the people who actually work there…. writing is about the perspectives we choose to suppress, just as much as those we choose to elevate. About what we choose to see as normal and what we choose to see as exotic or other, and in so doing, which messages we choose to reinforce. And which ones we would like to study; and which ones we would like to kick the struts out from under, so they crash to the ground, and we can build something new on top of them.”

The finalists for Best Novel were presented by C.L. Polk, with the award going to A Master of Djinn by P. Djèlí Clark. Clark said, “This novel came out of readers. When I first started writing in this world I didn’t have any clear intention of writing a novel. It was readers who decided that my novelette, A Dead Djinn In Cairo in 2016, was worthy enough to ask for more. So I gave more….” He thanked his family, editor Diana Pho, Tordotcom, agent Seth Fishman, SFWA, and more, particularly readers. “If you have these ideas, if you have these dreams, and you’re holding them to yourself, let them out. Because the world wants to see them.”

SFWA plans to make recorded videos of program items available to view on the Nebula Conference event page <events.sfwa.org/> until April 2023, and the ceremony can be watched for free on YouTube. Regarding next year, Baker said, “The SFWA Board and staff will be weighing all options for a safe and healthy 2023 Nebula Conference…. We are also considering all options from a hybrid model (in-person/online), to online only, depending on the state of current events. We will be releasing information once details are finalized and appropriate contracts/considerations are in place.” 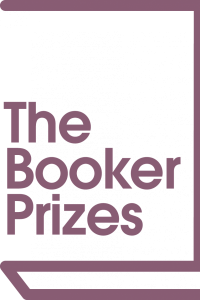