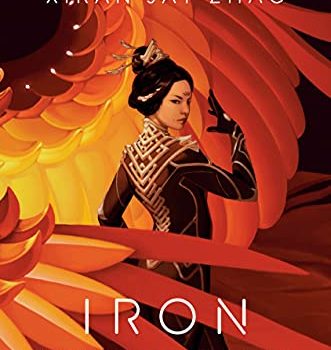 JOSHUA COHEN’s The Ne­tanyahus (New York Review) won the 2022 Pulitzer Prize in the Fiction category, given for ‘‘distin­guished fiction published in book form during the year by an Ameri­can author, preferably dealing with American life,’’ with its $15,000 prize.

LAUREN GROFF received the $50,000 Joyce Carol Oates Prize, presented by the New Lit­erary Project to ‘‘a mid-career author of fiction who has earned a distinguished reputation and the widespread praise of readers and reviewers.’’ Groff will ‘‘be in brief residence at the University of Cali­fornia, Berkeley, during October 2022.’’

YIYUN LI won the 2022 PEN/ Malamud Award for Excellence in the Short Story, for ‘‘writers who have demonstrated exceptional achievement in the short story form.’’ Li will be honored at the PEN/Malamud Award Ceremony, held in partnership with American University, December 2, 2022.

GWENDA BOND sold The Frame-Up, “Oceans 8 meets The Picture of Dorian Gray,” and a second book to Anne Groell at Del Rey via Kate McKean of the How­ard Morhaim Liter­ary Agency.

NALINI SINGH sold books 16, 17, and 18 in her Guild Hunter se­ries to Cindy Hwang at Berkley via Nephele Tempest of The Knight Agency.

ELWIN COTMAN’s Weird Black Girls, “an eclectic mix of folklore, satire, cosmic horror, do­mestic horror, and slice-of-life that speak to the human yearning for companionship in an increasingly alienated world,” sold to Kathy Belden at Scribner via Mark Got­tlieb of Trident Media Group.

NICOLA YOON ’ s first book for adults, One of Our Kind, described as “The Step­ford Wives meets Get Out,” sold to Caitlin Lan­duyt at Anchor at auction via Jodi Reamer of Writers House.

M.J. KUHN sold Thick as Thieves, sequel to Among Thieves, to Amara Hoshijo at Saga Press via Abby Schulman of Rebecca Friedman Liter­ary.

MATTHEW WARD sold the Soulfire Saga to James Long at Orbit UK and Priyanka Krishnan at Orbit US via John Jar­rold of the John Jarrold Literary Agency.

HAN KANG’s Greek Lessons and You Do Not Part sold to Parisa Ebra­himi at Hogarth in the US and Simon Prosser at Hamish Hamilton in the UK via Laurence Laluy­aux of Rogers, Coleridge & White.

SARINA DAHLAN sold Pre­set, a prequel to Reset, plus a second book to Rick Bleiweiss at Blackstone Publishing via Julie Gwinn at The Seymour Agency.

DANIELLE L. JEN­SEN sold Norse fantasy romance A Fate Inked in Blood and a second title to Sarah Peed at Del Rey in a pre-empt via Tamar Rydzinski.

LILY CHU sold contemporary fantasy Bottled Up and a second book to Mary Altman at Source­books at auction via Carrie Pestritto of Laura Dail Literary Agency.

KELLY FARM­ER’s It’s a Fabu­lous Life, “a sap­phic retelling of the classic holiday movie,” went to Stacey Donovan at Hallmark.

JUSTIN C. KEY sold collec­tion The World Wasn’t Ready for You, and “a speculative novel drawing on the author’s experience as a Black doctor in the predomi­nantly white field of medicine,” to Sarah Ried at Harper in a pre-empt via Adam Eaglin of The Cheney Agency.

MARIANNE GORDON sold fantasies The Gilded Crown and The Antlered King to Vedika Khanna at Voyager and Natasha Bardon at Voyager UK via Anne Perry of Ki Agency.

C.S. HUMBLE sold the third book and resold the first two books in the Survivors Tril­ogy, “a pulp weird western series of cosmic horror with literary flair and Robert E. How­ard grit,” to Kevin Lucia at Cem­etery Dance. All the Prospect Around Us, second in the Black Wells fantasy series, went to Sadie Hartmann at Dark Hart.

MARY JONES sold collection The Goodbye Process to Zibby Owens and Leigh Newman at Zibby Books in a pre-empt via Julia Kenny of Dunow, Carlson & Lerner. Leigh Newman will edit.

JASON WEISER & CARISSA WEISER sold For the King, “a definitive retelling of the legend of King Arthur,” to Vedika Khanna at William Morrow in a pre-empt via Dan Milaschewski of UTA.

ALEXANDER DARWIN sold fantasy The Combat Codes and two more books to Hillary Sames (who has since gone freelance) at Orbit via Ed Wilson of Johnson & Alcock. Bradley Englert will edit.

MÁRIO COELHO sold SF novel Unto the Godless What Little Remains to Jim Killen at Solaris via Stevie Finegan of Zeno Agency.

SOPHIE KIM sold first adult book The God and the Gumiho and a second title to Sarah Peed at Del Rey via Emily Forney of BookEnds.

LUNA MCNAMARA’s Psyche and Eros, a feminist retelling of the Greek myth, and a second book sold to Julia Elliott at Wil­liam Morrow via Maria Whelan and Catherine Drayton of Ink­well Management for Hattie Grunewald at The Blair Partner­ship. UK rights went to Charlotte Mursell at Orion.

Z.R. ELLOR’s No Better than Beasts, “a dark retelling of The Nutcracker,” sold to Mekisha Telf­er at Roaring Brook Press via Kai­tlyn Johnson of Belcastro Agency.

ELIJAH MENCHACA sold They Split the Party, sequel to They Met in a Tavern, to Sue Ar­royo at CamCat Books. Bridget McFadden will edit.

KATHRYN TROY’s fantasy The Shadow of Theron and a sec­ond book in the duology sold to Tee Tate at City Owl Press.

CATHER INE FEARNS sold hor­ror novel All the Parts of the Soul to Cassandra Thomp­son at Quill & Crow.

EMILY VARGA’s YA novel For She Is Wrath, described as “a Pakistani Count of Monte Cristo fantasy,” and an untitled YA novel, described as “anti-colonial Indiana Jones meets A Court of Thorns and Roses,” sold to Mara Delgado-Sanchez at Wednesday Books via Paige Terlip of Andrea Brown Literary Agency.

VANESSA MONTALBAN’s YA fantasy A Tall Dark Trouble and a second book went to Tiffany Liao at Zando Young Readers in a pre-empt via Danielle Burby of Mad Woman Literary Agency.

DAVID FERRARO’s YA The Alchemy of Moonlight, “a queer retelling of the seminal gothic nov­el, The Mysteries of Udolpho,” sold to Tamara Grasty at Page Street Kids via Eva Scalzo of Speilburg Lit­erary Agency.

JEN DRAPP sold YA fantasy series The Pro­tectors: Eye of the Fal­con, and Wrath of the Sun to Lilly Brown at Nightshade Publishing.

J.A. NIELSEN sold YA fantasy The Claiming to Valerie Mathews at The Wild Rose Press via Nicole Resciniti of The Seymour Agency.

BRITTANY WILLIAMS sold YA historical fantasy debut That Self-Same Metal and two more books to Maggie Lehrman at Abrams Children’s in a pre-empt via Alexandra Levick of Writers House.

KEMI ASHING-GIWA’s space opera debut The Splinter in the Sky sold to Amara Hoshijo at Saga Press via Tricia Skinner of Fuse Literary.

LINDY RYAN will edit Into the Forest, “a women-in-horror anthology” with stories inspired by the Baba Yaga, for Black Spot.

MADELINE DYER will edit mixed-genre YA anthology Being Ace, to “celebrate and explore the sub-identities of the asexual spec­trum,” for Tamara Grasty at Page Street via Erin Clyburn of Jennifer De Chiara Literary Agency.

EUGEN BACON resold col­lection Danged Black Thing to Apex Book Company, which will publish in North America. It was originally published in Australia by Transit Lounge in 2021.

Macmillan Publishers CEO DON WEISBERG is leaving his position at the end of 2022, and will be replaced by current presi­dent JON YAGED as US CEO. Weisberg will remain “in an advi­sory capacity to Stefan von Holtz­brinck” beginning in 2022.

ZORAIDA CÓR­DOVA’s YA Kiss the Girl, a “modern rei­magining of The Little Mermaid” and third in the Meant to Be series (with updated takes on Disney princesses), went to Jocelyn Davies at Disney-Hyperion via Su­zie Townsend of New Leaf Literary & Media