Author Faith Hunter has posted an apology regarding her behavior at JordanCon 2022, held Apr 22-24, 2022 in Atlanta GA, where she was Guest of Honor. Hunter wrote,

First, I want to say that I’m very sorry to the people I offended and hurt at JordanCon 2022. I have a black hole in my memory for that night, but what little I recalled was indeed unacceptable. When one of the people at my table finally got through to me, I left the table and went to find my doctor, who was also attending the con. Dr. Leann Rettell sat with me for over two hours. She stated at the time that she believed I had a reaction with my meds after a drink, and I am still under her care. Regardless of contributing factors, *this was my fault*.

The next day, Sunday, I self-reported what little I recalled of that night. I personally wrote apology letters to the few people I remembered seeing. I removed myself from the con permanently, and cancelled all my con appearances for the year. I issued (on May 23) a broadband apology to anyone I insulted or abused.

Again, I truly offer my humblest apologies. There is no place for my actions at any con.

I have no more to say publicly.

Her statement follows a report by Richard Fife yesterday, “Faith Hunter Assaulted Me”, in which he recounts how an inebriated Hunter “reached out and touched my hat, hair, beard, and coat” and said, “I didn’t touch anywhere that was wrong, so nobody can’t say anything.”

Those words made me feel uneasy in the moment. I didn’t address it, though, and looking back, I’m not even sure what I could have or would have done. As I sat at the table, Faith had several other off-putting moments with people whose story it is not mine to publicly share. After she left, I then learned of even more she had done, and the next few hours were spent processing and comforting those she had hurt.

I also came to look at her interaction with me in a very new light, of one where she felt entitled to touch me regardless of my consent and had decided she needed to make that clear, especially since I was not the only person that evening where she had ignored explicit pleas for her to not touch them.

His complete statement is available here. 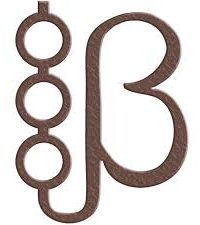