Since February 24, 2022, Ukraine has been under invasion by Russian regular forces. The Russians have destroyed houses, schools, hospitals, and infrastructure facilities, and they are targeting and killing civilians. But I say they will not be able to win – because Ukrai­nians are resisting and will continue to resist as long as they can. This is the 21st century – an­other century, another Nazism. We are calling it ‘‘Russaism’’ (pronounced ‘‘Rush-ism’’), another Führer, another concept: ‘‘The final solution of the Ukrainian question.’’

The Ukrainian SF/F writing and fan commu­nity is rich and diverse. Since the war started, everything has changed for all Ukrainians – many cultural and business projects have been halted, and many SF/F pros and fans have found them­selves in danger. Russian missiles and bombs have already destroyed many libraries, bookstores, and printing houses, especially in the Eastern part of Ukraine – in Chernihiv, Kharkiv, Sumy.

Authors, artists, translators, and editors are now just doing what they can to save their families. They volunteer to help moms with little kids and old people survive, and to support the Ukrainian Army. The well-known publishers and writers, the Kapranov brothers Witalij and Dmytro, have joined a territorial defense unit. The SF writing team H.L. Oldie survived the massive bombard­ment that has all but destroyed Kharkiv, and have fled with their families; and writers Oleksandr Zolotko and Andrii Valentino remain in Kharkiv.

Andrii Kurkov, probably the most famous Ukrainian author, has made a great effort to bring the truth about what is now happening in Ukraine to the global audience. Yana Dubinianska, a very popular Ukrainian writer and journalist, spent a week in a metro station in Kyiv with her husband and daughters, and then fled to Western Ukraine.

Many publishers have released their children’s and YA books for free to Ukrainian readers. Ranok Publishing and the Yakaboo online book superstore provide free books via their app, and the Megogo online TV network has opened free access to children’s animations and movies.

Due to the chaos of war, of course, I could not contact everybody in the Ukrainian SF/F Com­munity, but I’ll let those I could find speak for themselves here.

Volodymyr Arenev (writer): I am staying in the suburbs of Kyiv. I have joined the campaign to promote the boycott of Russian publishers among foreign authors. I also help the Ukrainian SF/F community stay in touch and exchange in­formation with the Polish SF/F community. I and Mykhailo Nazarenko are compiling an extensive article on Ukrainian SF/F. I’m also involved in activities, through my network, to support Ukrai­nian refugees in Poland. I’m trying to finish my new novel Pan Malodobryi (Mister Littlegood) and even managed to write a page a few days ago.

Mykhailo Nazarenko (leading Ukrainian liter­ary critic): I’m just outside of Kyiv, involved in the anti-Russian boycott campaign, working on the big research with Volodymyr Arenev. Also I work as a specialist in literature.

Bohdan Stasiuk (translator): Ukrainian book publishing in general has suffered a heavy blow since February 24, 2022. The two-million-person megalopolis of Kharkiv, which was the unofficial capital of Ukrainian publishing, is now being lev­eled to the ground by constant Russian artillery and rocket fire. Before the Russian aggression the city hosted a good dozen big publishing houses (such as Assa, Chas Maistriv, Fabula, Folio, KSD, Ranok, Shkola, Vivat, Zhorzh, and more) and a considerable number of printing facilities, among them Globus Book, one of the finest companies in that field.

Daria Piskozub (writer): The five Ukrainian SFF writers of the Youtube project Fantastic talk(s) (<www.youtube.com/channel/UCl­35hqob7zxEil6FsnaY-Ww>) – Nataly Matoli­nets, Iryna Hrabovska, Daria Piskozub, Natalia Dovhopol and Svitlana Taratorina – had planned a prolific year ahead, with seven scheduled novels and at least two short-story collections, varying in themes from AI and the loss of Crimea to Amazons and medieval necromancy. Yet due to the horrendous actions of the Russian occupiers, Kharkiv, the publishing heart of Ukraine, has sustained terrible shelling, endangering not only the printing infrastructure but the lives of the publishers as well, including Vivat Publishing and Zhorzh. Fantastics has now switched from writing to volunteering and spreading their stories of writers lives during this war for survival. You may be able to watch it here: <www.youtube.com/ channel/UCl35hqob7zxEil6FsnaY-Ww>.

Pavlo Derevyanko (writer): I’m author of Arcance of Wolves and Toils of War. On Feb­ruary 23 I finished the final book of the trilogy, two years of work, 150,000 words. Hundreds of readers were waiting for me to finish, and I was happy to have done so. But the very next day, February 24, I was awakened by a distant explo­sion: Russia had begun its invasion with ballistic missiles. Shock, my family’s evacuation from Kyiv, the longest traffic jam I had ever seen…. Now, two weeks later, I’m reading only the news, as literature seems useless in this reality. My publisher joined the Ukrainian Army to protect our country, and, after destroying a Russian tank, publicly thanked Queen Elizabeth for supplying the NLAW anti-tank missile system: <www.dai­lystar.co.uk/news/world-news/ukrainian-soldier-thanks-gifts-queen-26435840>. Three weeks ago, I was dreaming of a promo tour around Ukraine to support my trilogy. But now I’m dreaming about Ukraine’s victory – otherwise Ukrainian literature will disappear.

Oleksii Gedeonov (writer, editor): I’ve written two books: Occasional Guest and Apple Days, both in Russian. I’m now in Kyiv and will stay here. Before the war I was negotiating with various publishers about a new book, my first in Ukrainian – about war and siege set in ancient Olvia. They told me they thought the theme of the book was not trendy, and nobody would be interested in the history of the ancient city in the Mykolaiv region. I hope their opinion will change now.

Svitlana Taratorina (writer): I was born in Crimea, and I lived in Kyiv before the war. Now I have fled to Western Ukraine, but I hope I will return to Kyiv. My first novel Lazarus was widely recognized and earned several awards. Before the war, I was awaiting the publication of my second novel, House of Salt (about a post-apocalyptical world in Crimea), from the Vivat publishers in Kharkiv. But today Kharkiv has been heavily bombed, and myriads of Russians invade Ukraine from Crimea.

These are words from only a few Ukrainian SF/F pros out of many, many writers, artists, and editors who now suffer from Russia’s unprovoked aggression. But Ukraine will withstand, Ukraine will win, the authors will return to their routine life and work, and the world will see many new and wonderful books of Ukrainian origin.

Many Russian SF/F authors, alas, have ex­pressed their support of the Russian invasion of Ukraine. Sergei Lukianenko, the leading Russian young-adult author, has openly declared there is no such nation as Ukrainians and Ukraine has no right to exist. Sounds familiar, doesn’t it? Propa­ganda is one of the main instruments Putin uses to keep the Russian people under state control. The mad dictator of Russia doesn’t it like that Ukrainians prefer to be free and are building a true democracy, and that we have been quite successful in doing this.

The author of this essay is staying put in Kyiv with his family – his wife and son. We trust our army, and we believe in our victory. And we try to do our best to bring the peace closer.

This letter from Borys Sydiuk was paired in the print April issue of Locus Magazine with a Note From a Fan in Moscow, which appeared first on File770.com here. Please take a moment to read the Moscow piece also, which is a brave piece during this terrible time.

Borys Sydiuk is a producer, translator, and agent, and was nominated vice-chair of ESFS in 2004-2006. 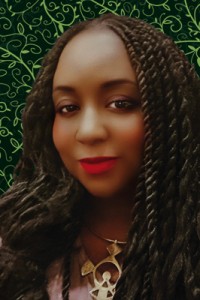 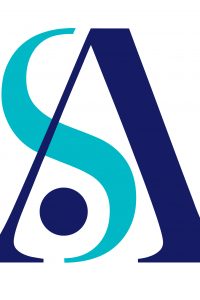