Tell us about your new book Light From Uncommon Stars (Tor Books). What’s the story about, and what inspired you to create that future?

Light From Uncommon Stars is about violins and deals with the Devil. It’s about recovering from transphobia and racism and trauma. It’s about space aliens fleeing a galactic war. It talks about the ultimate end of the universe and what is after that end. It talks about motherhood, found family, and how to buy a swimsuit if you’re transgender. There are stargates and replicators and even the blaster or two. There’s music from video games, a little fangirling on Lindsey Stirling, and feeding ducks. 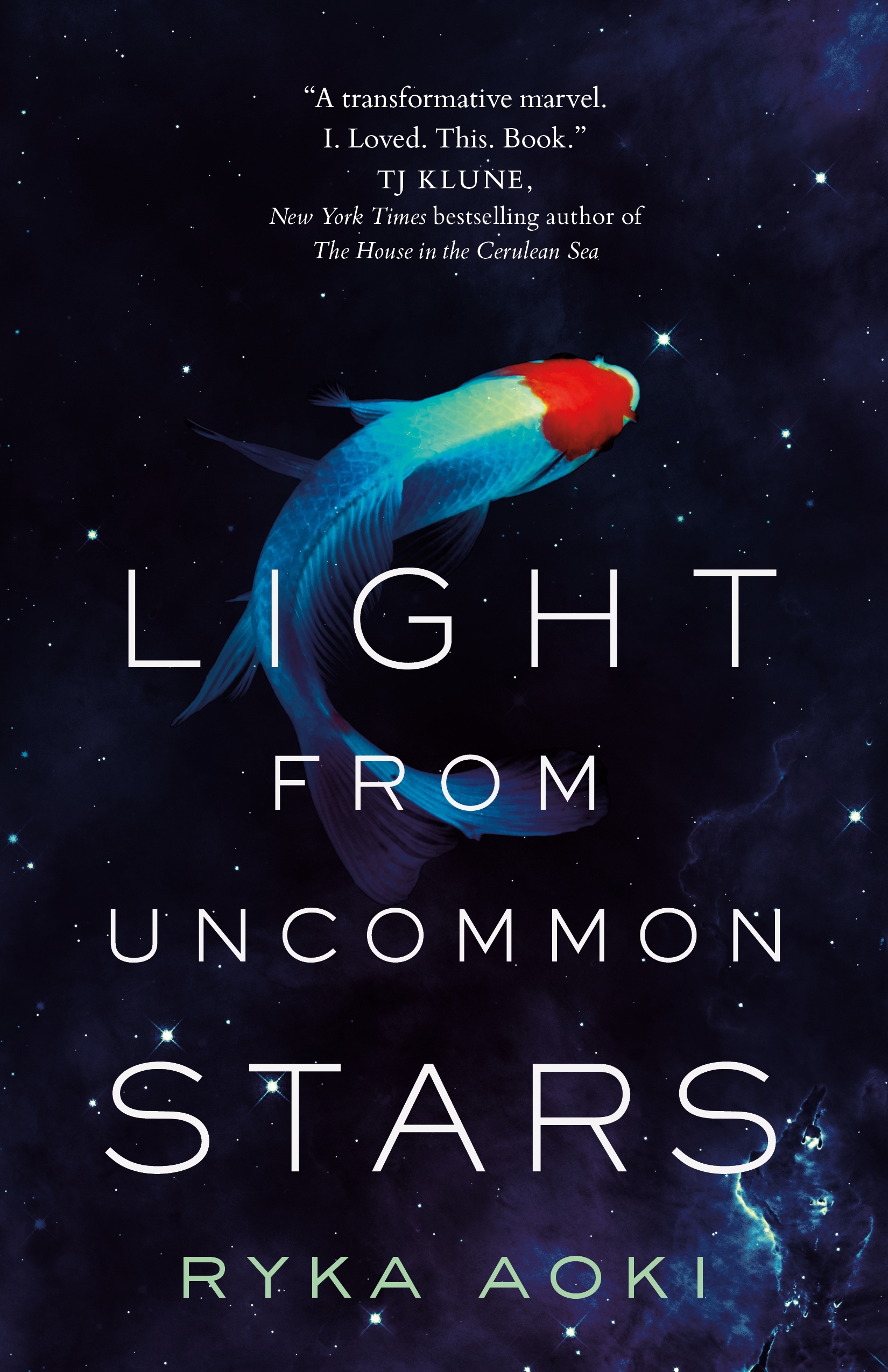 There’s a lot of good food. There are donuts and more donuts. There’s pho and Hainan chicken and barbecue duck. There’s braised kidney and chives… a lot of food that’s best eaten with chopsticks. There’s antimatter, plate tectonics, and a giant freaking stargate in a giant freaking donut. And there’s love in unexpected places.

I wrote this book in this way because as eclectic as this all seems, all of us contain multitudes. What we think of as “the normal world” is simply a connect-the-dots landscape of the parts that seem to agree with what everyone else is sharing.

But all of us are mashups. All of us have felt left out. All of us have lost our way—felt a little bit like an alien in our own world. So, if I am going to write a book about aliens and demons and faster than light travel, why not also create a gentle, resonant book that might speak to the different parts of anyone who reads it?

Yes! My next book takes place in this same world—but from a much different perspective. It is a more overtly supernatural story, with characters who, while not so classically infernal as a demon from Hell, are immersed in the sacred and spiritual conflicts of our world.

I admire Neil Gaiman’s American Gods. However, I wish to further explore how our interconnected world hybridizes traditions and cultures, art and songs and even worship. While colonialism is there, since information is so free-flowing, colonizers become, to an extent, colonized themselves.

People in the Midwest watch an anime. Suddenly, people thousands of miles from Kyoto are cosplaying Buddhist and Shinto deities. But at what point does it stop becoming play? In a world of Crunchyroll and Google Translate and global (mis)communication and (criss)crossed cultures, what happens to our theologies, and by extrapolation, what happens our gods?

And when aliens get involved, there are bound to be repercussions….

You have a distinguished career as a poet, essayist, prose writer, composer, professor, and children’s author, but this is your first long work of science fiction. What drew you to SF? Does the genre provide opportunities that other approaches don’t?

I think it took SF draw me into it. While growing up, there weren’t very many science fiction writers who looked like me. Even though I loved science fiction. Not just what I saw on TV, but the books and the short stories. Writers like Isaac Asimov or Frank Herbert… on the fantasy side, of course J.R.R. Tolkien. I loved their work. I still do. Heck, I was the president of the science fiction club in my high school and edited the science fiction ‘zine at UCLA.

However, I saw no science fiction writers like me.

So, when I published and gained some experience as a writer, I went where I thought I was welcome. I wrote poetry, worked the small presses, queer presses, barnstormed the country with other queer writers… those were some amazing times… and I’m so grateful for the opportunities that I received.

But I didn’t even consider science fiction. I’m still shaking my head that a press like Tor found my work to their taste. Of course, now I am aware that the SF world has been evolving, as well. There are amazing many queer writers, Asian writers, even transgender writers….

This world pulses with so much injustice, and so many axes of oppression. And yet, I’m tickled and charmed and thrilled that the folks at Tor gave the green light to Light From Uncommon Stars. No matter who we are, I think it’s important for us to be able to speculate upon our futures, create worlds where we can find a new life on a distant planet, save the Galaxy, or even find someone who finally understands and loves us for who we are.

The California State Senate honored you for “extraordinary commitment to the visibility and well-being of Transgender people.” Can you talk a bit about your activism?

Sure. I got that award by promoting transgender artists. At the time—gosh that was almost 20 years ago—most “trans” stories were not written by trans people themselves. We were largely side characters or objects of someone’s kink or deviation. At best, we were the tragic illustration of somebody else’s fable. So I started a series called Trans/Giving that focused on readings and visual art and music…to show trans people as artists, sharing work that they were passionate about.

I’ll never forget the first show. Someone brought a clarinet and played Mozart. He said he was a little out of practice—because surviving as a trans person can do that to you. But when he was done, I think most of the audience was in tears. I know I was.

When people can’t write their own stories, they become side characters, caricatures. So I have always tried to promote art that is not only produced by transgender people, but by any group of people who are in danger of being dehumanized.

I believe giving one’s art is the greatest humanizing force that we know. When people are permitted to give their stories, their music, their sculpture…work that causes our pulses to race, brings tears to our eyes, evokes the smells of our grandmother’s kitchen—how can we not be grateful? How can we think of them as anything other than human?

That would be a long answer! But this is how I got to Tor. A few years ago, I received a gushing email from an editor at a Rather Huge Press. The editor said that they loved my book Seasonal Velocities, which they found a used bookstore somewhere in New York. They asked if I had any other manuscripts that I could send to them. I didn’t at the time, but I did have a novel sketched out, so I got to work immediately.

I was ecstatic! This was finally the break that I had been waiting for. But the novel took time to write. There were personal problems, professional problems…I had a terrible breakup. My car got stolen. Life stuff. And, by the time I was finished with the manuscript, I found out that that editor who asked for it was leaving publishing to become a monk.

Those were not good times. But, before they left for the monastery, I asked them to introduce me to some agents, and they agreed. I edited my book some more and sent it off to some agents—trying not to dwell on the fact that I had just staked my entire writing career on a tale about space aliens and donuts and classical music. In the San Gabriel Valley, which most people have never even heard of. Oh, and almost everyone is Asian and queer.

But I must have done something right, because the first agent I wrote to, basically my dream choice, Meredith Kaffel Simonoff, accepted me as a client. We polished the manuscript even further, and—wow. Meredith was able to sell this novel, and the one after, to Tor.

There have been moments of incredible, amazing luck in my writing career. There have also been long stretches of grinding and a lot of loneliness and self-doubt. But it’s been one heck of an adventure. And I’m so happy that I’m a writer.

Toni Morrison’s is the most beautiful writing I’ve ever read. Every line I write, I ask myself, “Do I even belong in the same profession as Toni Morrison?” You can open any of her novels, take a random paragraph, and put in line breaks and you would have a wonderful poem. This is what I aspire to in all my work.

I also enjoy the magnificent expanse of Golden Age science-fiction writers. I want to have as much fun as I think that E.E. “Doc” Smith had when he was writing the Lensman series. I want to seem as smart on the page as Isaac Asimov. I still have no idea what R.A. Lafferty is doing, but I want to write more like him.

Also, perhaps because I’m Japanese American, I find something incredibly resonant and natural in the work of mangaka such as Yuki Urushibara, who wrote Mushi-Shi, and Japanese novelists like Mieko Kawakami.

I’m especially grateful to mangaka Rumiko Takahashi, who wrote Ranma ½. I hope that my work can do for my queer readers what Ranma did for me—to validate me, make me laugh and feel like a human being. 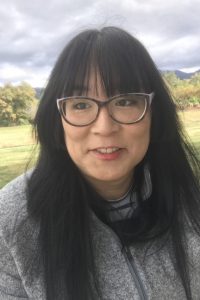 Since I still write at the pace of a poet, I won’t be breaking any speed records. So, I have to use my time wisely. Right now, I’m concentrating on the forthcoming book and also a collection of essays, where I can chat about things I learned while researching these novels.

Beyond that, I am looking forward to writing more poetry—I am even thinking of writing my next book in Japanese first—but my Japanese is not yet quite where I need it.

Closer to the SF world, should Light From Uncommon Stars and the book after be successful, I hope to take my readers off-planet and into deep space. I think anyone who calls herself a science fiction writer needs to get into space some time or another, and besides, I did mention a Galactic Empire. *fingers crossed* And, I did earn a chemistry degree, and it would be nice to show off some of my science chops. 😉 So, yes—I really hope we can do this!

Ryka Aoki (she/her) is a poet, composer, teacher, and novelist whose books include He Mele a Hilo and two Lambda Award finalists, Seasonal Velocities and Why Dust Shall Never Settle Upon This Soul. Ryka’s work has appeared or been recognized in publications including Vogue, Elle, Bustle, Autostraddle, PopSugar, and BuzzFeed. Her poetry was featured at the Smithsonian Asian Pacific American Center, and she was honored by the California State Senate for “extraordinary commitment to the visibility and well-being of Transgender people.” 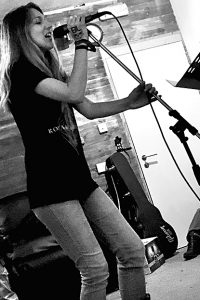 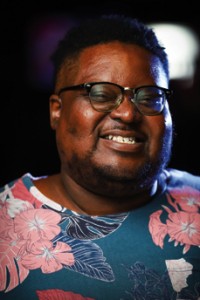