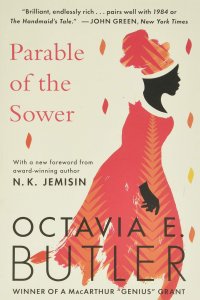 DOMINICA PHETTEPLACE has been chosen for the Bookshop Santa Cruz Writing Residency. She will spend two weeks writ­ing at the Wellstone Center in the Redwoods, working on her novel Robot Country, “a dystopian sci­ence fiction novel which imagines robots as the agents of the next wave of American colonization and forced resettlement.” For details see the website.

KATHERINE TORAN is now represented by Stevie Finegan of the Zeno Agency.

TAMSYN MUIR sold Nona the Ninth in the Locked Tomb series to Carl Engle-Laird at Tor­dotcom Publishing for six figures via Jennifer Jackson of the Donald Maass Literary Agency. It will publish in Fall 2022, with previous­ly acquired volume Alecto the Ninth to follow in Fall 2023.

JULIE E. CZERNEDA sold SF novel To Each This World to Shei­la E. Gilbert at DAW via Sara Megibow of kt literary.

RIN CHUPECO sold queer Gothic fantasy Silver Under Night­fall and another book to Amara Hoshijo at Saga in a pre-empt via Rebecca Podos at Rees Literary Agency.

CASTRO sold horror novel The Generational Curse of La Llorona and another book to Tri­cia Narwani at Del Rey via Beth Marshea of Ladderbird Literary Agency.

JO HARKIN sold Tell Me an Ending, about memory deletion technology, to Scribner in a pre-empt via Hillary Jacobson at ICM on behalf of Felicity Blunt of Curtis Brown UK. Kara Watson will edit.

ANNELISE RYAN sold A Mon­ster at Death’s Door and a second book to Michelle Vega & Jenn Snyder at Berkley via Adam Chromy of Movable Type Manage­ment.

AUDREY BURGES sold The Minuscule Mansion of Myra Malone and a second book to Cin­dy Hwang at Berkley via Maria Whelan of Inkwell Management.

ERIN ADAMS sold “upmarket horror-tinged mystery” Jackal and another book to Jenny Chen at Ban­tam Dell in a pre-empt via Kerry D’Agostino of Curtis Brown.

TORREY PETERS sold no­vella collection Infect Your Friends and Loved Ones to Caitlin McK­enna at Random House via Le­onora Craig Cohen of Serpent’s Tail and Caspian Dennis of Abner Stein on behalf of Kent Wolf at Neon Literary.

JOSEPH TURKOT sold apoca­lyptic novel The Rain to Daniel Ehrenhaft at Blackstone Publishing in a pre-empt via Jenny Bent of the Bent Agency.

LAUREN YERO’s debut The Vines in the Wall, near-future SF, went to Sophia Jimenez at Athene­um via Andrea Somberg of Harvey Klinger.

ROSE SZABO sold YA We All Fall Down and a sequel in the River City duology to Trisha de Guzman at Farrar, Straus Children’s via Jennifer Azantian of Azantian Literary Agency.

TRANG THANH TRAN’s YA ghost story She Is a Haunting and another title sold to Mary Kate Castellani at Bloomsbury Children’s at auction via Katelyn Detweiler of Jill Grinberg Literary Management.

NILAH MAGRUDER’s YA fantasy Hex and Havoc, with il­lustrations by SONIA LIAO, sold to Stephanie Guerdan at Harper Children’s, along with a second book, via Tricia Lawrence of Erin Murphy Literary Agency for the author.

BRIGID KEMMERER sold Forging Silver Into Stars, first in a new fantasy series set in the world of the Cursebreaker Trilogy, and two more books to Mary Kate Castellani at Bloomsbury Children’s via Suzie Townsend of New Leaf Literary & Media.

LILI WILKINSON’s YA fantasy A Hunger of Thorns and another title sold to Krista Marino at Dela­corte via Katelyn Detweiler of Jill Grinberg Literary Management.

KEVIN CRAIG’s YA fantasy Book of Dreams and Where Is Ethan Sinclair sold to Annie Harp­er at Duet.

ANGELA CROCKER sold YA fantasy The Finding of Poppy Pa­quin and another book to Candace Thomas at Cayélle via Stephanie Hansen of Metamorphosis Literary Agency.

Sisters ERIN DULIN & BRIT­TANY COOPER’s sold YA Queen of Shadows, “a reimagined fairytale mash-up in which Cinderella is Rob­in Hood,” to Jamie Rose at Finch via Amy Brewer of Metamorphosis Literary Agency.

VANESSA LANANG sold YA fantasy Fireheart and a second title to Michael Dolan at Winding Road Stories in a pre-empt.

First novelist MEGAN CARNES sold medieval fantasy The Room at the Bottom of the World to Tracy Crow at Family of Light.

KELLY ANDREW sold debut YA The Whispering Dark to Mal­lory Kass at Scholastic via Josh Adams of Adams Literary. Orion will publish in the UK.

ELLEN DATLOW sold and de­livered original anthology Screams from the Dark: Tales of Monsters and the Monstrous to Kristin Temple at Nightfire via Merrilee Heifetz of Writers House.

First novelist AINSLIE HOG­ARTH resold domestic horror novel Motherthing and a second title to Jordan Ginsberg at Strange Light in Canada via Rach Crawford of Wolf Literary Services. Vintage will publish in the US.

PORSCHA BURKE has taken the new role of director, strategic projects at Random House, reporting to CEO Gina Centrello. Her duties include “helping our Group realize and advance our divisional and de­partmental initiatives, priorities, and goals,” and she will take the lead on diversity, equity, and inclusion ef­forts. She was an editor at Clarkson Potter, and will remain contributing senior editor-at-large there.

TONY LUTKUS has been hired as president of Diamond Book Dis­tributors; he was a senior director of sales and marketing at Penguin Random House.

Film rights to OCTAVIA E. BUTLER’s Parable of the Sower went to A24 via Anonymous Con­tent on behalf of Merrilee Heifetz at Writers House. Garrett Bradley will direct and Paul Mezey will produce.

GRADY HENDRIX’s The Fi­nal Girl Support Group is being adapted as a TV series for HBO Max via Joshua Bilmews of JAB­berwocky and lawyers Danny Pass­man and Harold A. Brown. Producers are Denver & Delilah Films, Double Dream, and Aperture Entertainment.

ELSA SJUNNESON will write Sword of the White Horse, set in the world of video game Assassin’s Creed Valhalla, for Aconoyte.

RACHAEL ALLEN sold Harley Quinn: Reckoning and two more in a YA trilogy about the DC Comics character to Sasha Henriques at Ran­dom House Children’s via Susan Hawk of Upstart Crow Literary.

April 8, 2016 admin Comments Off on SF Hall of Fame Nominations Open to Public 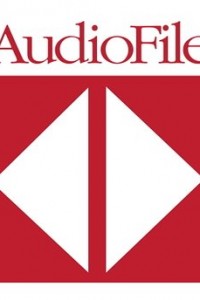