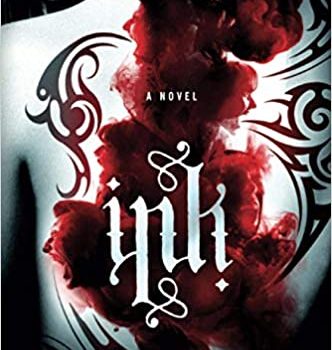 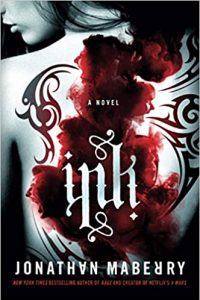 People are the amalgamation of their memo­ries and experiences, and Jonathan Maber­ry’s Ink explores what happens when we lose our most important memories. A sprawling, dark narrative made up of the interwoven stories of a set of misfits that struggle to get by, Ink is a moody horror novel that deals with grief, anger, guilt, and Otherness in a small town.

Patty Trang, known as Patty Cakes, is a Viet­namese tattoo artist living in the small town of Pine Deep. She runs a tattoo shop she opened after spending some time in New York. She has a tattoo of her dead daughter’s face on the back of her hand and has a sixth sense that makes her connect deeply with some of her clients. Unfortunately, she’s losing her memories of her daughter, who was kidnapped and brutally murdered. Owen Minor is a man who became something else, something darker than human. He can steal people’s tattoos and lives for the thrill of stealing the painful memories attached to them. Monk Addison is a private investiga­tor working with a bail bonds agency. He has a collection of tattooed faces of murder victims. They all collide in Pine Deep. Folks like Patty and Monk must come together to find the evil and stop it from feeding on the memories of others.

Maberry is a master of atmosphere, and he shows that here. Besides the characters at play, there are a series of elements that become such an intrinsic part of the narrative that they turn into characters and add to the gloomy, eerie ambiance of the novel. Dark birds like crows and grackles that appear at certain times and follow people around, the incessant rain that pummels Pine Deep mercilessly, and the art inked on people’s skin all take lives of their own. The same goes for the flies, which add a layer of creepiness that runs through the entire story, even inside houses, businesses, and hospitals:

There were five of them. Big, bloated ones. Dark as bruises. Ugly. The homeless vet lay on his side, with the ties of his gown askew, the flaps open to reveal the ornate land­scape of interlocking tattoos on his back. The flies were crawling over them. Mike edged forward and saw the little bastards licking at the man’s skin.

While the character development and atmo­sphere are superb, there are two elements that push Ink into must-read territory: the way Ma­berry tackles Otherness and how he weaves in and out of incredibly dark places.

In terms of Otherness, characters from the fringes, immigrants, loners, LGBTQ+ characters, and even languages like Spanish and Vietnamese are sprinkled throughout the book. Everyone is different here, and some of their differences mat­ter a lot when it comes to the way other people react to and perceive them.

When it comes to the dark stuff, Maberry al­lows readers to get comfortable and then drops horrific bombs on them. For example, there is a conversation in which Monk has to tell a local cop how Patty’s daughter died, and it’s so brutal it will surely stick with readers for a long time after they’ve turned the last page.

Lastly, memories are at the core of the story. Maberry explores what they are, how they come about, the role they play in people’s life, and what happens when they’re lost. Owen wonders “what would happen when all of his memories were gone”:

Would he simply go away, too? Would he fade like a mist and simply not be there anymore. There, or anywhere?

Would he vanish from other people’s memories?

Or would he exist only in the eternal now, like a monk or a lama?

There is a lot happening in Ink, but the book ultimately soars because Maberry achieves a perfect balance between gripping and difficult to read; it’s the kind of story that’s hard to put down but that also delivers devastating passages and cuts to the marrow of the lives of flawed, lonely characters that feel real because they face some of the same situations most people face. Maberry is a master of dark fiction, and Ink is an impressive, enthralling addition to his already impressive oeuvre.