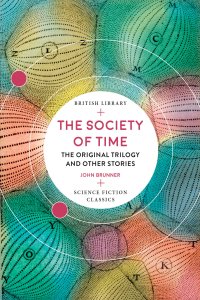 Was John Brunner’s life a tragedy? In some undeniable senses, yes. Possessed of enormous talents, but also an array of character faults, he became his own worst enemy and his later-era career suffered immensely—in large part due to one poor decision to stake too much effort and hopes on a mainstream novel that took too long to write and then failed to sell (The Great Steamboat Race). And atop those business setbacks, his health was poor and he died awfully young—only age 60—in a cosmically apt but somewhat inglorious setting: the 1995 Worldcon.

But on the other hand, now that we have passed the 25th anniversary of his death, the personal details of his life—the mortal horrors and human mundanities—recede somewhat from the foreground of his biography, and the mountain ranges of his books remain. Thus it is with every writer, great and small, in their posthumous days. And so we can now see that Brunner’s life was, using this perspective, consequential and victorious, not an unmodified tragedy at all. He left monuments. For one brief span—from 1968’s Stand on Zanzibar to 1975’s The Shockwave Rider—Brunner was on fire, tapped into the zeitgeist and channeling his speculations into brilliant novels that remain eerily prophetic and impactful today. If you read The Sheep Look Up (1972) in 2021, you’ll think it’s a newly written post-mortem on our current sad state of affairs.

But like his peer Robert Silverberg, Brunner also did lots of very entertaining and well-crafted journeyman work before hitting his peak. And that’s what we have here under discussion today. Five long tales, three of them linked, from 1961-1962, just a few years before the book that most critics denominate as his quantum leap to a new level of proficiency and meaningfulness: 1964’s The Whole Man.

These stories have hardly been reprinted at all, and were generally unavailable until now. The three associated ones were issued, fixup-style, in an Ace paperback as Times Without Number, but that edition is long vanished. Mike Ashley, who provides a stellar introduction to this collection, once estimated that only five to ten percent of all periodical fiction had ever been reprinted, and this current book illustrates what treasures lie buried. It’s Brunner delivering the entertainment goods, with a fair amount of stefnal ideation as well.

The trio of stories sharing a common universe starts with “Spoil of Yesterday”. We are immediately thrust into a uchronia which will prove, if not quite so complex and detailed, fully as interesting as such longer cousins as Roberts’s Pavane and Amis’s The Alteration. Brunner’s Jonbar Hinge is the invasion of the Spanish Armada, which in this continuum succeeded. But then he complexifies matters even further, by adding the invention of time travel in the 1800s. Four hundred years onward from the Armada, we get a vigorous Spanish Empire whose holdings include all of the UK, rivaled by the Confederacy of Europe. And managing temporal affairs for the Spanish (the Confederacy has a matching organization) is the Society of Time. They are conservative and proactive in maintaining the status quo, resulting in a world where technology and progress is stifled. Brunner’s 1988 is full of antique manners and transportation, conveying a genuine sense of estrangement. The semi-magical method of the time-travel device adds to that ambiance.

Few people outside the Society ever saw an actual time apparatus, because it was so dangerously simple, being composed only of bars of silver and magnetised iron in precisely determined relationships. It might have entered someone’s head to make a model of what he had seen, with the disturbing consequence that the model might work.

Our hero across all three tales is one Don Miguel Navarro, a young operative who ends up paralleling Poul Anderson’s Dominic Flandry: fighting against rot and decadence to stave off inevitable destruction a little longer.

Our first tale features no foregrounded time travel, being a mystery setup: who is illegally bringing forward historical artifacts for resale? Navarro solves it admirably. But in the next entry, “The Word Not Written”, Brunner ramps up the stakes considerably, featuring an invasion of counterfactual Amazons, the murder of kings, and chrono-paradoxes galore. Finally, with “The Fullness of Time”, we get a larger view of this world, as Navarro voyages to Amerindian-ruled California and encounters a plot to bring the Empire crashing down. The ending will shock, surprise and delight.

Brunner’s supporting cast, including the Jesuit time-travel expert, Father Ramon, are all deftly drawn, albeit just deep enough for their roles. His dialogue is cracking, his pacing sharp, and a leavening of humor salts the stories. While not as memorable as the comparable work of Leiber or Asimov, Laumer or Anderson, they crackle with intelligence and energy.

The additional two stories resonate in different ways with the opening themes. “Father of Lies” concerns a team of seven amateur ghost-breakers who are investigating an anomalous territory within the UK. They encounter cockeyed living medievalisms, with a faint spooky echo of Machen’s prehistorical survivals. It’s the kind of tale that would have slotted right into Campbell’s Unknown. Its fitting association with this volume derives from the sense we get of a pocket-universe’s history following an alternate path from our consensus reality.

We conclude with “The Analysts”, which is the contemporary tale of one Joel Sackstone, who has a peculiar Wild Talent that he employs in the service of—of all humdrum concerns—an architectural firm. But when some strange clients come calling, Joel finds himself falling down a van Vogt-style rabbit hole involving visitors from the future.

These stories, I maintain, will be enjoyed by any modern reader of SF. They have not aged into creakiness or obsolescence or bone-headedness. They show a young writer whose first book had come just a decade earlier (Galactic Storm, 1951) deploying his growing confident arsenal of talent and technics in the service of entertainment and the sophisticating of the genre’s tropes (the Society stories, if not necessarily the other two pieces).

Getting any portion of Brunner’s fascinating oeuvre back into print and in front of a new audience is a cause for celebration. He deserves that we should redeem his tragedy by renewed appreciation for his unique creative labors. 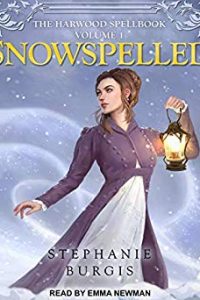 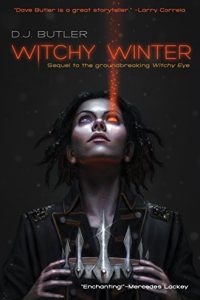