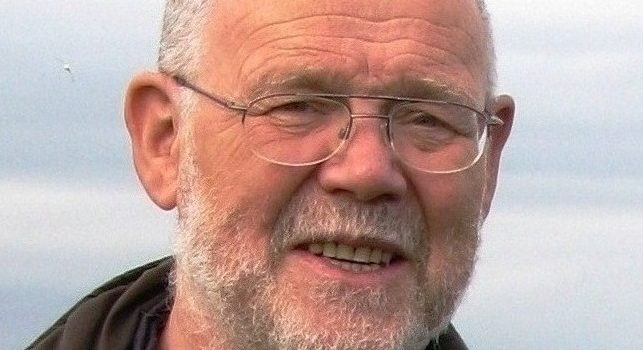 About a hundred years ago, in the village of Petrovichi near the Russian-Belarusian border, a baby was born in the Jewish family of Azimovs. The parents named their son Isaac. The exact date of his birth is unknown; it was sometime between October 1919 and early 1920. Nevertheless, the family, which arrived on RMS Baltic from the newborn Soviet Russia to New York on February 3, 1923, gave as the official birthday of the eldest of their three children January 2, 1920 and altered “z” for “s” in his name. Isaac Asimov later became so famous that he is known all over the world.

Around the same time the boy was born thirty-year old Karel Čapek, an emerging literary star of the newborn Czechoslovakia, was thinking about a new play for the National Theater in Prague. Its heroes would be “artificial workers” or “living and intelligent working machines”. When he racked his brains how to name them, first he came up with Labors (inspired by the English word labor, with Latin etymology labore—work, but also hard work, hardness, fatigue, even pain). However, he was not entirely satisfied. He shared his doubts with his older brother. Josef Čapek was a respected painter. They had already written a few things together, so Karel gave a lot of weight to his opinion. “‘Name them Robots,’ the painter muttered with a brush in his mouth, and continued to paint. “And that was it,” Karel Čapek himself later described. (The word has a Slavic root, with the same meaning as labor, but with a strong stress on serfdom.)

Karel Čapek began writing R.U.R (the full name of the corporation that gave the play its name was Rossum’s Universal Robots) in the early 1920s, supposing the world premiere would be at the National Theater in Prague by the end of the year. Therefore, it was published in November 1920 by Aventinum with a cover by Josef Čapek. The original plan was, however, drastically changed by the amateur theater ensemble from the provincial town of Hradec Králové. The group did not respect the postponement of the first night at the National Theater, and the world premiere of R.U.R. thus took place at the regional theater stage, performed by amateur actors, directed by the State Railways inspector on January 2, 1921. It was staged at the Czech National Theatre only on January 25, 1921, more than three weeks later. But it lasted in repertoire there for six years and the tickets were even sold on the black market. 

Like Isaac Asimov himself, Čapek’s robot was taken to New York at an early age. It arrived there even four months earlier than little Isaac: the American premiere of R.U.R. was staged by The Theater Guild at the Garrick Theater on Broadway on October 9, 1922.

Čapek’s “collective drama in introductory comedy and three acts”, as the subtitle of R.U.R. reads, became a hit immediately. It made sense, for Čapek cleverly explored an important topic of his time—the potentially destructive influence of technological civilization on society (a motif recurring in many of his other works)— and at the same time created an impressive warning metaphor of modernity controlled not so much by ideas and values as by a self-confident and ruthlessly practical intellect and predatory tycoons.

There have been many interpretations of this metaphor, starting with the opinion that it was a harsh critique of selfish capitalism to the assumption that the author warns against the exact opposite, the threat of revolts and revolutions. For some, the main characters of the play were humans, for others robots.

With the hindsight of a hundred years, newer interpretations of Čapek’s metaphors and figures are at hand. Rossum’s Universal Robots Company could be seen in today’s eyes as a global biotechnology corporation, comparable in assets value, innovation drive and influence on world affairs to Google, Apple and Tesla combined. The key human heroine of the drama, Helena Glory, is an archetype of a today’s activist of some worldwide human rights NGO. Robots, products created by humans, are destroying their creators just as our current inventions and many products are able to destroy the entire planet.

Contemporary criticism of the play was not always favorable, though praise significantly prevailed. In Czechoslovakia, in particular, the leftist cultural avant-garde rebuked Čapek for seizing a catchy topic, while not adding anything new, in fact only a sophisticated kitsch, the purpose of which is just to appeal to an international audience.

Even if that probably was not the author’s first plan, that was exactly what happened. R.U.R. appealed to the audience wherever the play arrived. As early as 1921, the drama premiered in Aachen (Germany), a year later in Warsaw, Belgrade, and, as already mentioned, in New York. In 1923 it was staged in London, Vienna, Berlin, Zurich, and the following year in Paris and Tokyo, Budapest and Krakow. The translations into a number of European languages followed in the same decade—and there are still new ones appearing, most recently Thai and Filipino. The drama was appreciated by H. G. Wells, the famous author of the War of the Worlds and one of the world’s most influential public intellectuals of his time, who later promoted Čapek’s Nobel Prize nomination. In 1938, R.U.R. became the first television production of science fiction when it was presented by the BBC as one of its first dramatic acts.

Just as vigorously as the play invaded world stages, the Czech-born robot began to occupy not only the world’s cultural but also scientific and public spaces. Unlike a human being who can only become a global celebrity, the Robot has become a global phenomenon, one of the symbols of an increasingly powerful technological civilization.

However, the robot’s intellectual father, Karel Čapek, was not the only one to contribute to the robot’s conquest of the planet. A similar, if not even a greater share, of the credit belongs to his adoptive father, the thirty years younger Isaac Asimov.

The son of a Brooklyn candy store owner began studying zoology at Columbia University, but eventually earned a degree in biochemistry which he taught for several years at Boston University School of Medicine. He started to write science fiction, with increasing success, even before that, while a teen. His first short story, “Marooned Off Vesta”, appeared in Amazing Stories in March 1939. In June of that year he started to write his first short story about robots, with the title “Robbie”, which was published in Super Science Stories in September 1940. However, the title differed; editor-in-chief of the magazine Frederik Pohl renamed it “Strange Playfellow”. Asimov never liked the name.

The hub of the genre, which in the 1940s and 1950s expanded from the “ghetto” of pimply youngsters, too ashamed to speak with girls, has always been set in America—it was the American century, wasn’t it?—and revolved around two authors: Robert A. Heinlein and Isaac Asimov. The holy trinity of golden-age science fiction was complemented by British author Arthur C. Clarke.

Asimov entered the history of the genre mainly through two thematic areas and the book series associated with them: the galactically sweeping saga of the Foundation and a series of stories about robots. It consists of several dozen short stories, especially the collection I, Robot from 1950 and the novels The Caves of Steel (1954), The Naked Sun (1957), Robots of Dawn (1983) and Robots and Empire (1985).

Not only discoverers are important for the development of any field or topic, but also those who are constantly developing and adapting the field. Asimov did just that. In fact, he enriched the old theme of artificial beings or living machines (homunculi, androids, automatons) with Čapek’s robot and added the science of “robotics”, derived from the word. With the ingenuity of a naturalist more than a lawyer, he then defined three laws unconditionally followed in the world created by him, where humans and robots live side by side:

Second Law: A robot must obey the orders given it by human beings except where such orders would conflict with the First Law.

Third Law: A robot must protect its own existence as long as such protection does not conflict with the First Law or Second Law.

By formulating these laws Asimov took one fundamental step: the robot as an artificial being ceased to be a threat to man and became his partner, protector, servant. In political terminology, we could say that Asimov created a robot with a human face, and at the same time, due to our political experience with socialism with a human face, we could add that it was an attempt that deserves merit, but a temporary and futile one. Not only Terminator 1 through 3 are proof of that.

This is one of the reasons why Asimov’s laws are still quoted, but also modified and amended to correspond with the world not only fictitious but real, the world into which robots are gradually moving. Already they are part of production halls, armaments, operating theaters and kitchen units. So far, they are just machines. Robots like our real partners, such as Čapek’s Primus and Helena, or Asimov’s Robbie and Daneel Olivaw, are still fiction.   

Isaac Asimov always mentioned the robot’s Czech origin and Čapek’s play. Not in the stories of his robots, but in his numerous popular science books. However, the play itself did not affect or interest him in any way. The author of this text knows this directly from him. In late 1988, he visited him in his penthouse high above Manhattan’s Central Park, and of course he couldn’t help but ask. Asimov replied Yes, he knew the play, but he was not influenced by it in any significant way. According to him, the idea was good, but the most important theme of the play was not so much robots, at least not enough for what he considered essential or interesting regarding the topic.

Heaven knows what Čapek would say about that. Maybe he wouldn’t care that much. Both men were divided not only by a whole generation, but also by cultural backgrounds and perspectives.

After all, according to the Columbia professor of Slavonic languages and literature William E. Harkins, Čapek liked this play the least of all his dramatic works. According to him, Čapek’s withdrawn relationship with R.U.R. is also evidenced by his answer in a newspaper interview: This play could have been written by anyone.

Maybe anyone could write it, but he did. Thanks to him, a hundred years ago a robot was born in Prague to become the most famous Czech of all time. Redefined and supported by Isaac Asimov in New York, it became one of the most significant modern myths in the world. And due to technological progress, the myth of the robot has been transforming into the reality of robots. 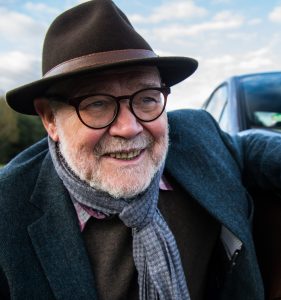 Jaroslav Veis is Czech writer, translator, columnist, political and media consultant. He has published several volumes of SF stories and a number of translations of English and American authors. He was Nieman Fellow at Harvard (1994), later on served as the chief-adviser to the President of the Czech Senate for more than decade. He lives in Prague.

One thought on “Jaroslav Veis Guest Post–“Robot, the Most Famous Czech, Celebrates 100 Years””