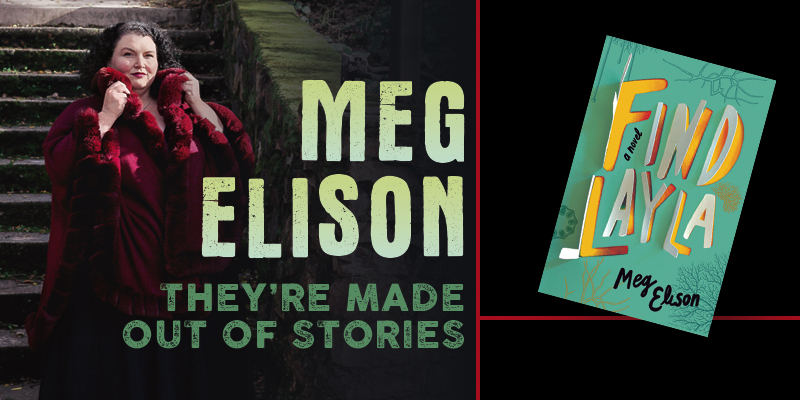 Meg Elison was born May 10, 1982. Her military family moved frequently, living in Europe and more than a dozen US states. She left home at 14 and dropped out of high school, but later attended community college and completed her degree at the University of California, Berkeley.

Elison’s debut, feminist postapocalyptic novel The Book of the Unnamed Midwife (2014), won the Philip K. Dick Award and launched the Road to Nowhere series, which also includes Dick Award finalist The Book of Etta (2017) and The Book of Flora (2019). Her latest novel is her YA debut, Find Layla (2020). She has published more than a dozen stories, some of which are collected in Big Girl (2020), part of the PM Press Outspoken Authors series.

Elison lives in the San Francisco Bay Area with her husband.

“I grew up all over. I’ve seen a lot of public school districts, and there really isn’t a place that I call home. I read constantly as child because it’s difficult to make friends when you move that often. My constant companions, the ones I could count on, were authors and characters and books. I always had a library card, and of course there was the school library, and I loved buying thrift store books, because you didn’t have to track them or worry about return­ing, and they were cheap. I grew up on 50 cents for a paperback and a dollar for a hardback, and a lot of overproduced fiction like Stephen King and Danielle Steele. Mass-market paperbacks aren’t made to last, so they’d crumble and they’d yellow, and if they were already missing their cover they were on their way down. I read a ton of sword-and-sorcery with no front covers. People talk about their long-term connection with cover art from reading David Eddings or Piers Anthony, and I’m like, ‘Oh, I have no idea what that book cover looks like, but I did read it.’ Now I have a Kindle, and that’s a better package.

“Becoming a writer was a slow process – there wasn’t a single moment where it began. I have wanted to be a writer for almost my whole life. There was a brief period when I wanted to be an opera singer, but other than that, I’ve always wanted to be an author. It was a series of small realizations. Reading women authors made a huge difference to me – Katherine Paterson when I was very young, and then Ursula Le Guin and Octavia E. Butler later, and thinking, ‘Oh, that’s a thing that women do.’ This is a stupid example, but did you ever see the movie Romancing the Stone? Kathleen Turner in the first scene of that film is a writer in love with her work. She writes romance westerns, and she’s pounding out a novel over her typewriter and crying at how good her work is and passing it off to her New York agent at lunch, who’s buying her drinks and telling her she’s a genius. It didn’t bother me that she was portrayed as lonely and a hopeless romantic with no prospects for a date – she’s Kathleen fucking Turner. Everything about that life was what I wanted. Every time I saw an ex­ample of a woman who was a writer, I thought, ‘I could do that.’ In junior high I started writing sword-and-sorcery fantasy, with all my friends and enemies tuckerized into characters. I stole Xerox or mimeograph time to make copies and circulate them. As soon as I saw people reading my self-published trash, that was it – I had never experienced anything like it. I felt like King Kong on cocaine. I could not get enough.

“I started at a California community college, a really good one with a high transfer rate and some amazing instructors. I had great English teachers there who took an interest in my work and were very encouraging, and I published for the first time when I was there – research, not fiction. I was encouraged to submit to the liter­ary journal and to explore who I wanted to be. That was a priceless time – and I mean priceless, because it ended up saving me about $40,000 in tuition. Then I transferred to UC Berkeley. I didn’t study creative writing, because the program at UC Berkeley is highly selective, and I tried out for it and did not get in. I majored in Eng­lish, though, and the best thing about that program was that it taught me to be a close reader, which is the best way to become a better writer. I would spend all these hours taking apart Hemingway and Djuna Barnes and figuring out what made their work good. When I got over my morbid terror of visiting teachers in office hours, I got all this extra time asking my professor emeritus, who’d been teaching this stuff since Hemingway was alive, ‘What makes these books good?’ I got more out of that than I think I would have gotten out of creative writing as a program. I was also encouraged to publish papers on English at Berkeley as an undergrad, which was pretty priceless. I had great instructors there, both graduate students and full professors.

“I definitely experienced the prejudice against science fiction and horror and fan­tasy writing, and genre writing in general, in academia. That is a real thing. I really appreci­ated the work of writers like Carmen Maria Machado, who point out that those divisions are meaningless and more a function of mar­keting than anything else, and the sooner we can do away with that, the better. I really love genre and literary work both. I write contem­porary fiction, but I’m really drawn to science fiction, and I can tell you the exact moment that started. When I was in high school, my freshman comp book was mostly what you’d call literary short stories. ‘The Necklace’ was a big one; we read Animal Farm as a class; we read the kind of battery that most high school students are exposed to. But the best thing we read in that class, outside of ‘The Cask of Amontillado’, was Terry Bisson’s ‘They’re Made out of Meat’. It’s one of those stories that just swept the awards and won everything so that literary people couldn’t ignore it. We read that story out loud, and I remember every word of it because I left my body – I was floating in the room. It’s such an incredible story. It does so much work in a thousand words, and it gave me what would become the core of my career – which is to say, the tragedy of being a sack of meat in a world of wonder. All of my work in my entire career has been about the body, and it was because of that story that I was drawn to the subject.

“One of the greatest honors of my life was having Terry Bisson interview me for the Outspoken Author series for my PM Press col­lection Big Girl, because he was the writer I wanted to be. When I moved to San Francisco, someone invited me to SF in SF. I thought Terry Bisson was dead! He probably gets that a lot. I saw him at the front of the room and went up and shook his hand and tried not to be a weirdo fangirl, and there he was, big as life, totally drunk, smoking unfiltered cigarettes with his Southern accent. It was so great. It’s been an incredible honor to get to know him a little bit and to work with him.

“My novel series is called the Road to Nowhere, which has a couple of layers of punning. I named the place in The Book of the Unnamed Midwife that everybody’s trying to reach ‘Nowhere’ because of the dual meaning of utopia. Sure, it might be a good place, but it’s probably no place. I also wrote a lot with that Talking Heads song, ‘Road to Nowhere’, in the background, so the series has theme music.

“I wrote The Book of the Unnamed Mid­wife when I was finishing up at Cal. I had the idea during finals, and I knew it was big. You can feel how big a book is when you have the idea. Stephen King describes it as being ‘big with book,’ like, pregnant with book – dis­gusting, but I can’t get that image out of my mind. I made myself wait. I knew if I started to write it then that I wouldn’t pass my classes, because it would distract me from focusing on my finals. I waited it out and got through all my finals. I had my last exam at LeConte Hall around one o’clock in the afternoon, and I could think of nothing but my novel. I sat down with my laptop on the couch and wrote the first 13,000 words of what would be that book. I was so ready. The novel took shape as this feminist thriller about gender and the end of the world and the way people behave during a pandemic, which is just so funny now.

“At the time I was obsessed with, and very angry about, reproductive justice in general. I was doing a lot of research about birth trauma and gender-based violence in delivery rooms and comparing it to my own experience of gynecology, and thinking about times I’ve been in a gynecologist’s office and felt as trapped as I would be in a dark alley. I read about the history of American gynecol­ogy and J. Marion Sims, who, as you probably know, performed unanesthetized experiments on enslaved women to develop the entire sci­ence of gynecology. The experience feels like objectification and torture because it is born of objectification and torture. I was reading all that, and at the same time rereading some of my favorite post-apocalyptic science fiction novels, and I kept doing the math and trying to figure out why these reproductive issues hardly ever come up. Outside of a few books like Children of Men, A Gift Upon the Shore (kind of), and The Handmaid’s Tale (of course), women are either non-persons, or people are very cheerfully chaste and it doesn’t come up. Nobody wants to face the fact that if we’re focused on the continu­ation of the species, then what we have is rape culture on steroids. Looking at these elements together, it was inescapable for me to view the apocalypse as a gendered event – I was on fire to tell that story. I was so enraged at what has been, and what could be, that it came out as this novel.”

Read the full interview in the November 2020 issue of Locus. 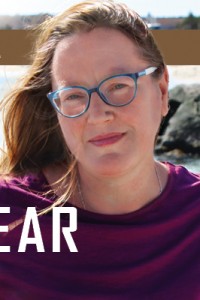 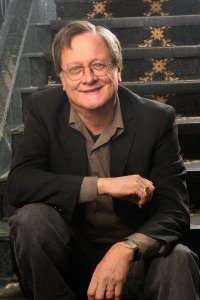 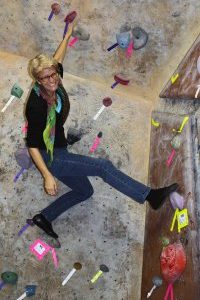