When I was sixteen, I skipped my appointment to get sworn in as a U.S. citizen because I was taking an Advanced Placement exam.

The instant the test was over, the Principal spoke over the intercom and called me down to his office, where I was mortified to see my mom waiting for me and mystified to find her in a rage. How could I miss that appointment? What was I thinking? Didn’t I take our immigration status in this country seriously?

But I did. I took it so seriously that I didn’t dare miss my un-missable test.

I looked to the Principal, hoping he could explain the U.S. educational system to my mom, only he stared at me with her same concerned expression. So I reminded him of how he and the other administrators warned us that we could not miss an AP test—it’s only administered once, on the same date, nationally. And as though it were the most obvious thing, he said, Of course there’s a make-up day for extreme circumstances.

Looking back, I wonder if it’s because English is my second language that I’ve always taken its words so literally. I think being rigid in my translation of the world was a technique I used as a kid to manage my anxiety as I adapted to a new vocabulary and culture.

Given that I first started scribbling stories when I was nine—in both English and Spanish—I must have applied this same literary rigidity to my writing. To this day, no matter how I arrive at a new idea—via concept, character, or setting—my process always starts in the same place: I must begin at the beginning.

The philosopher Alan Watts said we’re not born into this world; we’re born from it. We are these very organisms because we were birthed from this Earth’s soil. Everything that predates us—planet, politics, parentage—informs our identity and sets the stage for our plot to unfold.

For me, a book’s setting often goes hand-in-hand with its concept. My first series, the Zodiac quartet, takes place in a galaxy where all twelve planetary systems—or Houses—are inspired by the Zodiac signs. I began by putting together a guidebook where I broke down all thirty-four inhabited planets. For each world, I had to determine the topography, whether it had to be terraformed, what materials could be used to build structures, and so on. Then for each House, I had to decide what kind of civilization that particular sign would create based on their values—the governance, architecture, technology, spiritual beliefs, monetary system, social structure, entertainment, fashion, food, and so on.

I was once asked by a reporter why I think SFF authors are so fond of dividing people into factions, and I laughed and told them to look around. Our entire planet is in factions. SFF authors reflect the worlds around us. We dabble in sociology because we craft communities. Yet to imbue a fictional universe with depth and relevance, it’s vital to dig beneath the surface and consider the implications of these divisions.

Worldbuilding is my favorite part of writing. Maybe it’s because I’m an immigrant, but I still don’t feel like I belong anywhere on this planet. Growing up, the first time I felt at home was within the pages of a beloved fantasy novel. And that’s why I write—to belong. 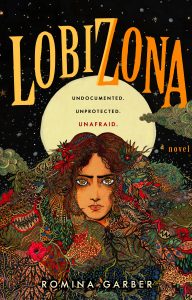 Our ancestral memory is inextricably tied to our sense of self. So it’s only once I know the context of my character’s existence that I can render a realistic and nuanced personality that is organic to their upbringing and not a reflection of my own.

My new release, Lobizona, explores the immigrant identity and the dehumanizing effects of labeling a person illegal. Manu is a teen who has grown up in hiding in Miami because of her undocumented status and otherworldly eyes—but when her mom is arrested in an ICE raid, Manu is left unprotected. Alone, she follows a series of clues that lead her to the Everglades, where she discovers a realm ripped from the pages of Argentinian folklore…. A world where it’s not her residency that’s illegal, but her existence.

I based the fantasy elements on a superstition that claims the seventh consecutive son will be a lobizón, or a werewolf, and the seventh daughter a bruja. Since I wanted to write about how it feels to come from two worlds but belong to neither, I knew my main character had to be ostracized in her supernatural heritage too. So I made her the first ever lobizona. Since SFF worldbuilding and storylines can be quite intricate and complex, I try to stick to the guiding principle that every scene’s goal is to reveal character.

Everything is character—including setting. It should never lie flat. This doesn’t mean every scene must be flashy or busy or overly described; it’s about filtering every detail through a point-of-view. An example I find useful is the following exercise: Your character walks into an empty room. How do they describe it?

A sad person will see the space as forlorn and abandoned, noting the lack of care in the dust coating the windowsill and the cobwebs claiming the room’s corners; while a happy soul discovers a vast canvas upon which they might paint a whole new life for themselves. Try employing multiple senses. Is the room musty from all the stale air, or is the window open to a toasty afternoon sun? Do one’s breaths taste crisp and refreshing, or are they thick with dust?

Once I’ve studied my protagonist enough to have a strong sense of their worlds and worldviews, it’s time to let them spin their own tale.

Put simply, plot is forcing a character to make a choice.

Of course, not just any choice will do. All action is not equal. These choices must reveal something about the character and move their story forward. Plot twists challenge one’s nature and shift the direction of their narrative.

When outlining a new book, I begin by identifying the three biggest moments: Inciting Incident (first real decision), Midpoint Reversal (point of no return), and Black Moment (all is lost). Each of these story points is an action the protagonist takes—not something that happens to them.

The Hunger Games has one of the most iconic recent examples of an Inciting Incident. It’s not the Reaping ceremony. It’s not Prim’s name being called. What kicks off Katniss’s journey is the moment she says, I volunteer as tribute.

To determine my book’s biggest moments, I need to know my character’s ultimate goals and greatest fears so that I can present them with choices that will test these core beliefs. Even when they think they are doing the right thing, the decisions they make should pull them deeper into troubles of their own creation.

At sixteen, my greatest fear was not getting into my dream college. So when I had to choose between taking my AP exam and making my citizenship appointment, I thought the government would be easier to negotiate with than school administrators. My worldview was a reflection of my world.

A handful of years earlier, I’d learned that the label immigrant meant not everyone thought I belonged in the United States. The country’s own governing doctrine declares I can’t be trusted to be President because I wasn’t born here. So to me, getting into a good college became a way to prove that I was as deserving to be here as anyone else.

Only the label immigrant didn’t just distance me from my new home: It also stripped me of my old one. As a citizen of two countries, I’ve too often felt like a visitor in both. My dual labels make me powerless to define myself because people can assign me the identity that best suits their narrative at any given time.

As I’ve grown older, I’ve started thinking of being an immigrant as its own heritage. Maybe it’s not a label so much as a state of being: If the outsider’s task is to offer a new perspective, then it could be that my immigrant identity is what makes me a writer.

And every story is another cry for home.

Note: For those who are interested, I explore the impact the word immigrant has had on my life in an essay for Hope Nation titled “Born in Argentina, Made in America: The Immigrant Identity.” 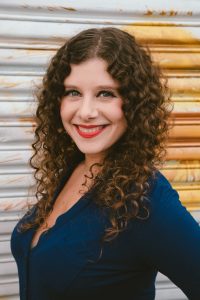 Romina Garber (pen name Romina Russell) is a New York Times and international bestselling author. Originally from Argentina, she landed her first writing gig as a teen—a weekly column for the Miami Herald that was later nationally syndicated—and she hasn’t stopped writing since. Her books include Lobizona. When she’s not working on a novel, Romina can be found producing movie trailers, taking photographs, or daydreaming about buying a new drum set. She is a graduate of Harvard College and a Virgo to the core.