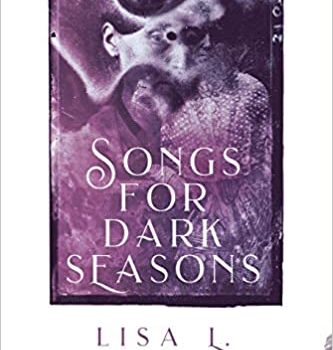 Lisa L. Hannett’s three previous collections, two co-authored with Angela Slatter, earned awards and critical acclaim. Songs for Dark Seasons is just as laudable. Since the Canadian-born author lives in Australia and Ticonderoga is an Australian press, the volume may be a bit hard to come by for some, but it is well worth the effort. All of the 13 stories – an amazing six original to the collection – are excellent.

Many of the stories are set in Hannett’s Blue­grass Symphony universe, where grassroots folk in an area closely resembling the rural American south worship old Nordic gods as well as the Christian one and subtle supernaturality is often in play. Whether there or in other fictive realms, Hannett has a remarkable knack for establish­ing complete and complex worlds peopled by similarly well-executed characters. There’s also compassion to her stories, no matter how weird they may get, that further captivates.

The collection starts with “Soft Sister Sixty-Six”, original to collection, in which a couple – proud of their high school quarterback-hero son – experience first grief and then acceptance as his life is transformed by an encounter with a mermaid brought by floods following a drought.

“The Coronation Bout” is set in a pugilistic community ruled by the Chanticleer, who wears a crown made of her mother’s skull. Daughters Regina and Nettie both want to inherit the position from their dying mother. Regina, the elder, has her mother’s wit and sharp tongue and feels the crown should be hers, but she possesses a larger build than her more petite sister – and mom seems to be shrinking as she dies. One of the strangest stories in Songs for Dark Seasons, it combines surreality, dark humor, and a moral about achiev­ing one’s ambitions.

“A Grand Old Life” (another original) is one of my favorites. Tina-Marie Dalton, to whom the term “trailer trash” might be applied – harsh as it might be, it’s apt – remembers the most stellar of her past lives, including those as the greatest khan’s mother, a famed Viking warrior, and Cath­erine the Great. Stuck in the current “hopeless state” and “century of empty abundance,” Tina is greatly discontent. She goes to Leather Jenny, an ancient healer and soothsayer, knowing she can rid her of her pasts. Leather Jenny has been in the county so long she “can’t rightly recall the full of it… anymore…. Maybe, once, there was a Jenny-gal who cured deer hides on the banks of unspoiled rivers, a Jenny whose black braids were silken nightmares to brush, a Jenny who was smooth and smart and learned real fast, a Jenny who soon read cloud-currents and bark-peelings and sap-secrets, a Jenny who witnessed the first tall ships bringing all these cursed folks’ folks ashore….” Jenny sorts Tina out in her special way, and I’d love to see more of her in the future.

An old survivor collects the young’uns to ex­plain “Four Facts About the Ursines” and other bloody truths about the adults in their community. A truly chilling tale of adults whose greed far out­weighs their concern about anything else.

Perch in “Something Close to Grace” is a selkie whose human husband has hidden the skin that would allow her the freedom of the river world. After four children and her spouse’s constant drinking, she yearns to abandon the dry world.

A cautionary tale of how one event can alter a girl’s life forever, “The Canary” tells of crow-men and slender girls who mine coal. Perhaps the weakest story in the bunch, it is still vividly rendered.

In the accomplished and unique “Little Digs”, Bets is a young woman who finds much-needed support and advice beyond the living members of her family.

“Surfacing” uses water and swimming as a rich metaphor in a touching story of a married couple facing the demise of one of them.

The creepy “Snowglobes” tells of a woman, mar­ried to a man who does not want children, dealing with her desire for maternity.

Tub is the central figure of “Blues Eater”, another original, which plays off the tradition of the sin-eater: a person who, by ritually devouring food, assumes the sins of the dead. Consequently, the sin-eater’s own soul is imperiled by the weight of the sins. Tub consumes guilt as well as sin and it has left him nearly immobilized at a weight over 600 pounds.

Men mate with dryads that more resemble trees than nymphs in the memorable “Sugared Heat”.

“The Wail in Them Woods” (original to collec­tion) is a good example of the paradox Hannett often brings to her stories: poignant, even as one realizes that the bereaved young woman in the story is bring­ing sorrow to others.

Original novella “By Touch and by Glance” is another personal favorite and the collection’s finale. We meet widowed slaughterman Butch; Daisy, his plain daughter who knows the only way out of Butcher Holler is by being a beauty pageant queen; Annablle, the ghost of Daisy’s dead mother; Jax, the sexy colorman who dyes cloth; Penny-Jean Maberry, the gossipy town rich girl; and Mag, the conjure woman who makes spelled pins from cattle bones. They are the outstanding ingredients of a tale of guilt and sacrifice; responsibility and friendship; love, death, and magick – indelible. 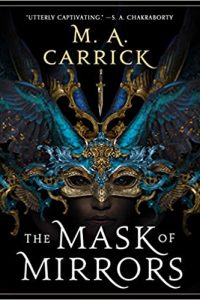