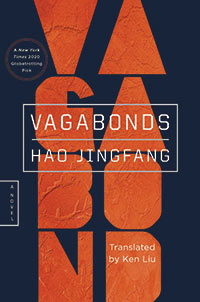 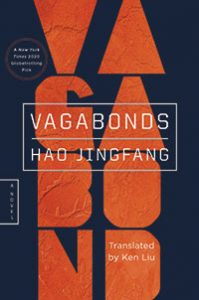 Although I’ve used it myself often enough, I’ve always been vaguely suspicious of the term “literary science fiction,” or for that matter the sister terms “literary fantasy” and “lit­erary horror.” The implication, of course, is that, without that saving modifier, the reader might be faced with unfettered pulp adventures of the sort that gave these genres their unsavory reputations in the first place: all fun and no uplift. Normally, it would hardly be worth rehashing the tired argu­ments about the various meanings of “literary,” but now it seems to have become a kind of marketing code for varieties of SF that may or may not have anything in common, but are meant to attract a wider and presumably more discerning audience than us street-level genre junkies. On the one hand, it seems a kind of product warning for the formula-SF reader (caution: characters may occasionally be motivated by matters other than plot exigency), while on the other it tries to placate the perceived “literary” reader (there may be spaceships, but the people in them are really conflicted). This is essentially what the promotional material says of three of the novels I’m about to discuss: two are described as “literary science fiction” and one described without reference to science fiction at all – yet each is “literary” in a quite distinctive way.

Hao Jingfang’s Vagabonds is a long, generous, and often quite graceful novel which describes itself as “the tale of the fall of the last utopia,” but which can almost be described in purely “literary” terms. It focuses on a group of young people, most having just returned from what amounts to an extended gap year abroad, facing a variety of life choices as they launch into their careers and engage in sometimes extended philosophical dorm-room style debates on lofty topics ranging from the most practical forms of government to the nature of artistic freedom, environmental responsibility, and even housing policies. Some of them seem oddly fascinated by Albert Camus and even Antoine de Saint-Exupéry (not The Little Prince, but his avia­tion writing), and many feel adrift, like vagabonds, at home neither in the chaotic hyper-capitalist society in which they have just spent five years as students, nor in their rigidly stratified and collec­tivist homeland. They fall in love while debating whether to try to start new political movements. They worry about being manipulated. They tend to distrust their elders, for pretty good reasons, as it turns out. So Vagabonds is, in an almost old-fashioned sense, a coming-of-age philosophical novel, long on ideas and character and fairly short on action, and we could probably go on discussing it entirely in such familiar terms – except that the kids in question are Martians, the capitalist society where they just spent five years is Earth, and the whole novel takes place 40 years after the end of a war of independence that resulted in a chilly rivalry between Earth and Mars. Earth wants Mars’s in­novative technology, ranging from a holographic technique to possible fusion reactors, while Mars still needs natural resources from Earth, at least until it can begin a more fundamental transforma­tion of the planet.

The problem with focusing exclusively on the “literary” aspects of Vagabonds is that it risks turning Earth and Mars into schematic allegories, as though the kids had just returned, say, from a version of Le Guin’s Annares to Urras. That not only oversimplifies Jingfang’s own contrasting societies, but badly shortchanges the impressive work she has put into the SF aspects of the novel, including its sometimes stunning imagery. Most of the cities on Mars are constructed from glass, which seems to recall Bradbury’s crystal towers – but Jingfang points out that sand is one of the few natural resources Mars has in abundance, and glass seems a logical choice of building material. Ceres has been dragged out of orbit to provide water and minerals, and late in the novel a central debate emerges between two factions, the Wad­ers, who want to use the water to create a kind of river linking a series of glassed-in cities, and the Climbers, who want to use solar technology to begin terraforming the entire planet and establish­ing open colonies on the surface. There are other intriguing SF ideas as well. For decades, trade between Earth and Mars has been mediated by a single spaceship which never touches down on either planet, and whose captain has grown old in space. Much of Martian history is preserved in a massive archive, while personal virtual spaces pro­vide an opportunity to make contact with avatars of the dead (one of the most impressive is a tower which represents “the integration of generalized language” – essentially all the possible forms of communication). In other words, the novel is brimming with SF ideas, some of which recall the nuts-and-bolts speculative realism of Kim Stanley Robinson’s Mars novels, others echoing the social morality debates of novels like Le Guin’s The Dispossessed. But in some ways, especially in the novel’s fascination with discussions and debates, it has as much in common with Jo Walton’s Thessaly trilogy, starting with The Just City. How to build a just society is much on the minds of Jingfang’s young protagonists.

For all the philosophizing, though, the choices faced by the central character Luoying are what pull us through the novel. A dancer and one of those returning students (called the Mercury Group), Luoying grows suspicious that she may have been shoehorned into the group – all of whom had higher test scores than her – through the influ­ence of her grandfather Hans Sloan, the consul of Mars. She also begins to wonder if her grandfa­ther might have been involved in the death of her parents years earlier, after they had been exiled to a mining project on Deimos. While she begins to unravel the mysteries surrounding her family, she grows involved with the lives of a sizable cast of characters, including her brother Rudy, a factory supervisor; a documentary filmmaker from Earth named Eko; the clothing designer Gielle; the po­litical activist Chania; the engineer Juan; a doctor and historian named Reini (who treats her after an injury suspends her dancing career); and many others. With nearly all of them, she finds herself engaged in those portentous discussions. Is her grandfather a dictator, or a hero of the Martian revolution? Does an artist enjoy more freedom under Earth’s free-for-all profit-motive system, or under Mars’s rigidly structured economy in which one must join an “atelier” in order to gain a predictable income, not to mention housing privileges? Most of all, what should the future of Mars be, both in terms of governance and in terms of interaction with the natural environment?

Readers impatient with such extended dialogues, some of which begin to seem a bit programmatic or stilted, might find Vagabonds slow going; there are only a couple of scenes dramatizing the actual hazards of Martian survival, and little in the way of spectacle. The prose itself ranges from rather stunning descriptions of both natural and virtual environments to characters who at times lapse into little more than walking viewpoints, and at others sound more like the kids they are, nearly consumed with adolescent angst and passions. This may be a reflection of Jingfang’s own style, since – as al­ways – translator Ken Liu takes pains to reflect the unique narrative rhythms of his sources. Jingfang sounds different from Chen Qiufan in Liu’s hands, for example, who in turn sounds unlike Cixin Liu. But the important ways in which Vagabonds differs from the work of those writers is more evi­dence of the variety of contemporary Chinese SF. The idea of SF as a “literature of ideas,” in which those ideas get discussed at length by provocative characters, is as old as Asimov’s Foundation stories and as current as Kim Stanley Robinson’s latest, and Jinfang’s ambitious novel is a worthy addi­tion to that tradition, from an important alternate perspective, and it represents a significant new voice in world SF. 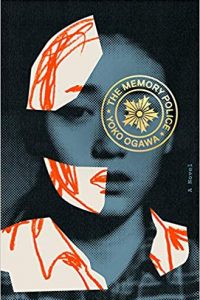