On a September morning in 2001, I watched from my fire escape in Brooklyn as the second World Trade Center tower fell. In the hours and days and weeks that followed, as the ash and debris rained down from the sky, as the stench of death permeated my neighborhood, as the countless hand-written missing person fliers went up, as soldiers with machine guns began to appear in train stations, I struggled to find some context for my experience. Some reference or lens through which I might understand the bigger picture. I finally found it that December when I took my grandfather to see a matinee showing of The Fellowship of the Ring.

There were two things that my grandfather made sure that I appreciated as a boy: Billie Holiday and The Lord of the Rings. Their magnificence was not up for debate. And needless to say he found some significance in the fact that I was born on September 22nd, the same day as Frodo and Bilbo Baggins. So there was no getting around it. I had to read the entire thing. And frankly, I enjoyed The Hobbit well enough, but found The Lord of the Rings too grim and humorless. I just didn’t get it. Not until I saw the film in December of 2001 with my grandfather. That opening scene in which Sauron lays waste to everything around him, and everyone is helpless before him—man, I got it now. I understood that helplessness in the face of calamity. 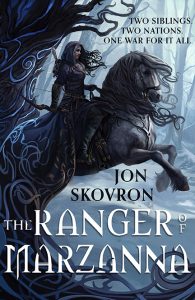 My grandfather had already been struggling with the early stages of Alzheimer’s when I took him to see Fellowship. In the months that followed, the disease stripped him of himself until he was no longer the man I knew. Perhaps tellingly, the only things that remained were fond memories of youthful romance, and the horrors he had experienced in war. He had served in World War II, but he’d “only” been a dentist and had never spoken about it, so I had assumed his experience hadn’t been particularly traumatic. I was wrong.

In the final days before he lost the ability to speak completely, my grandfather talked of men missing their jaw, or half their face. He spoke of the shortages of medicine and bandages, and of his sheer helplessness in the face of their suffering. What could a mere dentist do for a man without a jaw except hold his hand and say he was sorry?

I don’t think my grandfather even knew who I was anymore by then. But as he wept in his hospital bed, I felt like I understood something about him for the first time. A scrawny, jazz-loving dentist from the Bronx had gone to Mordor to do what he thought was right, and like Frodo, even when he at last returned to the sparkling summer shores of New York, he carried that trauma with him until the end of his days.

It was not a coincidence that The Lord of the Rings movies became such a phenomenon immediately following the most traumatizing event the US had experienced in decades, any more than it was a coincidence that “Frodo Lives” became an anti-war rallying cry during the Vietnam War. Tolkien’s experience on the battlefield in WWI, as well as his son’s experiences in WWII, left unmistakable marks in his books that expressed both the glory and profound horror of war.

Looking back at the first half of the 20th century, we sometimes like to imagine things were simpler then (they were not). We sometimes like to believe that the “good guys” and “bad guys” were more delineated back then (also debatable, at least regarding whether there were truly any “good guys”). So when the The Lord of the Rings movie came out just as we were going to war over our first true grievance since Pearl Harbor, it seemed to match up nicely with that other pivotal moment in our history. Epic, sweeping allegories of light and dark, good and evil—it made a lot of sense to us. Did it solve anything? Not really. But watching those struggles play out with Peter Jackson’s grand vision was immensely cathartic.

Within that context, what, I wonder, can we make of the more recent epic fantasy phenomenon in Game of Thrones? Martin based a great deal of his story on The War of the Roses, a period of civil war during the 15th century in which England was basically eating itself. I don’t know about you, but it certainly seems to me at times like we are in the throes of a kind of civil war ourselves.

Let us consider the events that preceded both the Game of Thrones fantasy boom and our current civil unrest. There was of course the housing market crash in 2007 that led to a recession. They told us that the recession ended in 2009, which I thought was somewhat surprising since being a single parent had gotten no easier and my mortgage was still very much under water (and still is, by the way). Perhaps what they meant was that the recession was over for some of us?

Even now, they tell us how great the economy is doing, but I certainly don’t see signs of that in my own life. Now, I don’t think these reports are false. But again, it seems that perhaps the “greatness” of the current economy only really helps some of us.

I know that I am not alone in my suspicions, but even when I get together with friends and colleagues and we all say, “Yes, this is so,” it really doesn’t help. It doesn’t seem to matter at all, because what can we do about it? Well, maybe we feel discontent or worry. Maybe some of us get angry. Maybe we look for someone who seems to have a solution. And when we discover that there are others who are trying to prevent that solution, we grow angrier still. Perhaps some even lash out. A small percentage in gruesome and detestable ways. These various factions of people break further and further apart until their differences are seemingly irreconcilable.

When the Stark children see their father killed and the kingdom they knew splinter into warring factions, perhaps we understand some sense of that. Some feeling of the world coming apart beneath our feet. Or worse, we relate more to some poor sap like Hot Pie. Someone who can’t even hope to have an effect on the chaos that swirls around them. And of course while everyone is fighting over how to fix things, they are mostly ignoring the ominous folk from a cold and inhospitable land… White Walkers? Russians? Take your pick.

I’m not saying we should look to Game of Thrones for guidance or solutions. That would likely lead to Washington, DC in flames by next January, and since that is where I live (and cannot leave since, as I mentioned, my mortgage is underwater), I would rather it not be set on fire. What we can get from Martin’s work is some context. A new lens.

I enjoy escapism as much as the next person, but my favorite type of fantasy—the kind I strive to write—is that which allows us to take things that are perhaps too close and too upsetting to grapple with directly, and look at them from a different angle.

What will we find? Maybe some perspective. Perhaps even some empathy. That is, after all, where fictional excels. No other storytelling device can take a person so deeply into another’s mind and heart. I may not agree with Cersei Lannister, but there are definitely moments when I at least understand where she’s coming from.

Perhaps we can even find some empathy for ourselves. Honestly, I love Hot Pie. He’s my guy. I don’t want to read a novel about him any more than I want to read a novel about myself. But seeing a nice, supportive friend to a cool hero like Arya Stark who (probably) gets to live through the nightmare and (presumably) doesn’t lose his soul in the process? I’ll take it. Hot Pie just wants to make good pastries. I just want to write good novels. Let’s get through this together, pal. 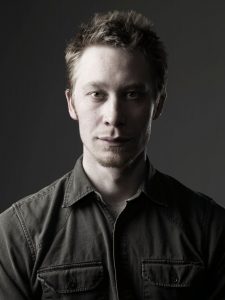 Jon Skovron is an author of fantasy for adults and teens. His short stories have appeared in publications such as ChiZine and Baen’s Universe. His new adult fantasy novel The Ranger of Marzanna releases April 21. Skovron lives just outside Washington, D.C. with his two sons and two cats.

Into the Dark, Singing