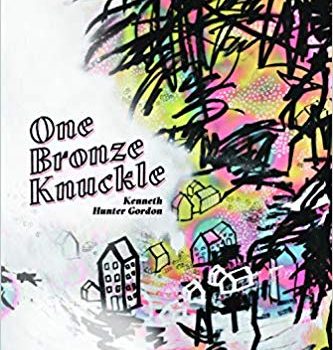 Imagine that you are sitting around a fireplace on a cold night with a mug of something warming in hand. Also in the room is a raconteur of renown, one who delights in the sounds of the words he says as well as the movement of the story he tells. Now lay that imagining over Kenneth Hunter Gordon’s book One Bronze Knuckle and you’ll get close to what the experience of reading it is like.

The plot itself isn’t especially new. The Bergermeister, who is sort of an unelected mayor, of the small town of Bergerton is used to having things his way. Then, suddenly, complications ensue. The pre-industrial agrarian setting is about what you’d expect, too. There might be magic in these woods but likely not. There’s a far-off city called The City.

The Bergermeister’s house is fleshed out by children and wives and a cook and butlers, just like you’d expect. There’s a Vagabond King, a Princess, and a missing mother. At a quick glance, One Bronze Knuckle is very familiar in the same way that Stephen Sondheim’s Into the Woods is familiar.

But, as with Into the Woods, what makes Hunter Gordon’s story sing is how he tells it. The languages bubbles and pools. His narrator – a cabbage farmer and sometime witch (maybe) – wanders off on narrative diversions that only add to the fun of the tale. The magic in this book lives in the little details that wander their way in and give this familiar world its own texture and life. It’s a wholly charming story spun by a writer who clearly enjoys telling it. That, reader, makes all the difference. 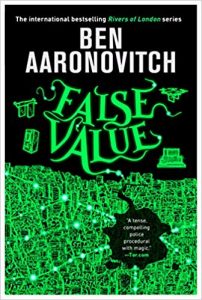 For those uninitiated to Ben Aaronovitch’s Rivers of London series, False Value, the most recent installment, would be a terrible place to start. For those who’ve read some number of the previous seven books, it’s a great place to dive back in. (“Read” has a broad value here. If you aren’t listening to Kobna Holdbrook-Smith’s performance on the audiobook, you are really missing out.)

Detective and provisional wizard Peter Grant is undercover at the Serious Cybernetics Com­pany, which is a multinational tech concern run by Terrence Skinner, who is Aaronovitch’s ver­sion of an Elon/Steve/Bill mash-up. And, yes. The company’s name is an homage to a certain series of books by Douglas Adams. No, it’s not subtle – and its lack of subtlety becomes a run­ning joke. Peter, for example, is issued a towel on his first day with the firm. He has to wear it wrapped around his head to signify he’s a noob.

Grant is in stealth mode because Skinner appears to be messing about with “weird bol­locks,” AKA magic. Most of the characters we’ve grown to know – like Nightingale, Guleed, and even Toby the dog – wander through the story, continuing the series-spanning storylines that are a delight. The very pregnant Beverly Brook, a river goddess and Grant’s girlfriend, plays more of a role this time around, and it’s interest­ing discovering how our Peter has changed with impending fatherhood – as well as how he most certainly has not changed when it comes to charg­ing into a hazardous situation before really sussing out all of the details.

While familiar storylines are deepened (except for one involving Peter’s first partner, which is a nice break), new details about this world are re­vealed. It turns out that there is a Folly-analogue in New York City, in exactly the place you’d expect. It also turns out that those practitioners are not as im­pressed by the Queen’s police force as you’d expect.

All in all, False Value is a straightforward and fun ride through Aaronovitch’s London. It also re­ally builds anticipation for what comes next. 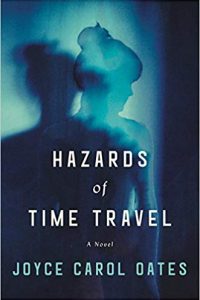