In April 2005 I was well settled into my career as a romance novelist, writing everything from paranormal romances to adult and young adult contemporary fiction for New American Library (now Penguin Random House). My life was simple: I wrote books, lots of books. And then one day I heard about a new massively multiplayer online role playing game called World of Warcraft (WOW), and my life changed. Not only was I dropped into the world of fantasy—something I hadn’t experience since my teen years reading Tolkien—but I found myself actually part of that world.

Someone wanted to give my new virtual self experience and money for ten wolf pelts? Sure, I could go beat up those level one wolves, even if I didn’t quite see the charm in wolf pelts. I was, in fact, thrilled with this new world: I could interact with it, have a role in the storyline, and sometimes be a part of actual historic events (see the Corrupted Blood virtual plague that was later studied by medical experts as a model for epidemics).

While I didn’t participate heavily in the role playing aspect of WOW (it seemed too much like writing a book), I did have a bond to the characters I created and developed in the game. Thirteen years and more than sixty books later, I was still playing WOW, and while I’d never thought of writing a fantasy, it occurred to me one day that I was doing an awful lot of mental arguing with some of the choices the game developers made regarding their characters. WOW, like many fantasy series, has a persistent world with characters that change over the course of the storylines. Some characters had big, dramatic arcs that took months or years to unroll, while others were relegated to secondary or tertiary roles. As a dedicated player, I felt I had a vested interest in the characters no matter how big their part.

And that’s when it struck me that I could take my frustration with WOW’s storyline, and use that energy to write my own fantasy world. Thus the Born Prophecy series was created. 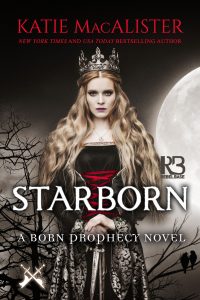 There’s no denying that the two media have much in common: gamers enjoy the interactivity and sense of ownership that goes along with creating and developing their characters, while readers develop strong love/hate emotions for specific characters, and demand to see them triumph (or get their comeuppance) in subsequent books. Like the gamer who carefully levels and crafts their game avatar, so readers feel a bond to the characters with whom they’ve adventured through many books. That’s both a blessing and a curse, since I doubt if there’s a fantasy author alive who hasn’t received suggestions from readers about how future material should proceed… just as do popular game developers.

That sense of character ownership overlaps from video games to books, and is one reason why I had all those mental arguments with the guys over at Blizzard who created WOW. It’s also why I celebrate each message I receive from readers who tell me they want to be a part of the worlds in my books—I know that feeling! I’ve lived it for fifteen years, and understand feeling you are part of something out of the mundane world, even if it’s just a temporary respite.

Both video games and fantasy series let us explore the secret adventurer buried deep inside—the stealthy rogue who slips in and out of the shadows, and rights wrongs (or creates havoc, whichever rings your chimes), the stalwart warrior who defends the weak, or the nurturing healer who just wants everyone to be able to fulfill their destiny. Readers gravitate to the archetypes just as gamers do since both media try to generate a sense of reward when experiencing the storylines.

So, how did I go about taking my love for (and sometimes frustration with) video games to a fantasy series? I picked out the elements of the games that I found most enjoyable, and incorporated them into my books.

The narrative, conflict, and tension found in video games were all easily dealt with since they are the cornerstones of fiction, but for immersion in a game world, I made a central female protagonist that brought a humanizing touch to the hard experiences undertaken by the two male protagonists. Following the gaming idea of story-driven expansions, I gave some characters bigger, over-reaching story arcs, while others had smaller goals they needed to achieve. I took the sense of game avatar ownership, and offered readers books where the three main protagonists, along with a handful of secondary characters, continued to grow and change as they dealt with the repercussions of their actions, allowing the readers to bond with them. And just as gaming companies keep their devotees happy with new game updates and storyline expansions, I maintained a persistent world that had some elements familiar to readers, while at the same time exploring new concepts, people, and lands.

While it’s true that not all gamers are readers (and vice versa), the overlapping worlds between the two media are really not that much different. There may be more choices to make in a video game, but readers have their own ability to put themselves in a literary world that makes up for the lack of having their pixelated self running around on a screen.

As for me, I’ll continue to argue with the guys at Blizzard, just as I’ll continue to take the joy I experience in gaming and translating it to my fantasy series. Just don’t ask me to bring you ten wolf pelts. 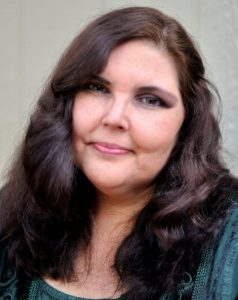 New York Times, USA Today, and Publishers Weekly bestseller Katie MacAlister has always loved reading. Growing up in a family where a weekly visit to the library was a given, Katie spent much of her time with her nose buried in a book. Two years after she started writing novels, Katie sold her first romance, and now has more than fifty books published in romance, mystery, young adult fiction, and fantasy. Her novels have been translated into numerous languages, been recorded as audiobooks, received several awards, and are regulars on the bestseller lists. She also writes for the young adult audience as Katie Maxwell. Katie lives in the Pacific Northwest with two dogs, and can often be found lurking around online.