Observe Mars in the night sky. Depending upon its distance from Earth, Mars varies in brightness and clarity— but it is always unique. No other celestial body reveals itself so red to the naked eye. Certainly, it is the color of roses and poppies and wine, but those comparisons are not what early stargazers had in mind when they referred to the Red Planet.

To them, it was the color of blood spilled on the battlefield. How fitting to name it after the Roman god of war. Perhaps like the god Mars, the planet dares us to confront it. It challenges us to risk our lives on an encounter with it. For humans, the experience could be as deadly as a sword swung in anger. We need to scale up and train for the contest. We’re not ready, but perhaps soon we will be, as our understanding of Mars has increased dramatically in the last half century.

To the casual observer, Mars is a pretty rouge dot in the night sky. It is different from the stars and other planets, but nothing to get worked up about. But to a more passionate observer, Mars ignites the imagination due to the planet’s potential. The possibilities that accompany the Red Planet fascinate us. The cold is a considerable factor, but it is not accompanied by extreme heat or extreme atmospheric pressure. With the right equipment, humans can manipulate the surface of Mars. And if you can manipulate it, you can build upon it.

The same is not true for the extremes found on Mercury and Venus. The long night of Mercury can be comparable to Mars at -290 Fahrenheit, but after taking sixty Earth days to rotate, the sunny side of the Mercury cooks at 800 degrees Fahrenheit. It is difficult to imagine how that’s tenable to human life over time. 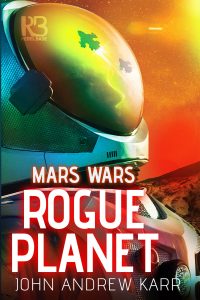 Venus has a greenhouse atmosphere, but the pressure and heat are so extreme they crush and vaporize the probes we’ve sent there. Some have mentioned the use of cloud cities that hover or drift in the upper atmosphere, where the pressure and heat are supposedly more amenable. This is fine stuff for science fiction novels and movies, but knowing a few hundred feet down equates to instant death, and never having a solid foundation to walk or build or ride upon is unappealing compared to how humans exist currently.

Forget the gas giants as well. The lack of a solid surface disqualifies them. And what raw materials are prevalent on the surface of frozen moons? You can’t create mortar from miles-thick ice, or use a 3-D printer to build structures from that mortar.

It won’t be easy on Mars. There is certainly hardship in abundance with the cold, radiation, and thin atmosphere—but there is more potential there than any other celestial body in our solar system. Casually scan through some form of a media and note how the string of four letters leaps to the fore: MARS. Why the mention? Has there been a new discovery? There could be glaciers hidden beneath the scorched and barren surface. There could be  underground caverns with some form of geo-thermal activity. Perhaps pools of methane hovering in the trenches. The answers are not in our grasp, but they are tantalizingly close. Perhaps NASA has discovered definitive signs of life. A cluster of scurrying microbes, or even higher life forms beneath the surface?

Mars is a dead planet now, but once lived. Millions of years ago, Mars had warmer temperatures and surface water, and perhaps breathable air. The ingredients for life were there. Early Earth had these conditions as well. It seems logical that some form of life existed on the Red Planet, prior to its death.

Alluring even in death, Mars makes us ponder the life cycle of planets… and the possibility of resurrection. There is a fact lying in wait upon the horizon: Life will exist on Mars someday. We know machines can reach it, but the people parameter is incredibly dangerous at this time. It cannot be a suicide mission. We do not send explorers to a dismal fate. They must strive to complete the task; survive and return to Earth. There and back again, as Tolkien put it.

Such missions could lead to a scientific outpost, certainly. But would they also lead to a colony? If so, how will the colonists survive over time? Will this be the first step down the path in the formation of a city, a state, a territory on an alien world? As time passes, will the colonies declare independence from the Earth governments?

Back to potential—that’s the light side of Martian matters. There is also a dark side. For some unknown reason, Mars’ cores went cold and quit churning. The essential by-product of their interplay—the Martian magnetosphere—vanished. Gone was the shield that deflected solar winds while retaining heat, water and air. Is this also a potential fate of our own blue planet, billions or millions of years from now, or next year?

Perhaps, as in my Mars Wars science fiction series, we’ll create SPATZ (Space Atomizer) cannons that can slice and dice incoming asteroid threats. We’ll also use gains in propulsion technology to harvest asteroids, with Mars as a base to reach the Asteroid Belt between it and Jupiter. Water and minerals await.

Our home planet is beautiful and provides for almost all of our needs, but surely two planets with human life are better than one when it comes to species preservation. So many possibilities arise when the allure of Mars grows beyond potential and into viability. 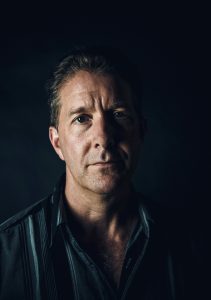 John Andrew Karr writes of the strange and spectacular. He enjoys creating fantasy, paranormal, horror, and science fiction, having self-published novels in all these genres. He’s a North Carolina resident, IT worker, and all-around family guy.