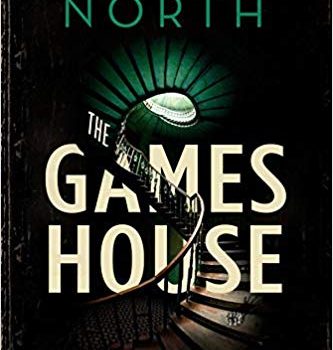 Claire North has made something of a career of taking weatherbeaten tropes (reincarnation in The First Fifteen Lives of Harry August, invisibility in The Sudden Appearance of Hope, Death personified in The End of the Day) and reimagining them in a stylish contemporary voice, usually with a witty twist on the original conceit. In The Gameshouse, which originally appeared as three linked novellas in 2015 (in digital and audio only), North takes on the idea of Secret Masters whose game-playing rivalries virtually control history, a bit like the Las Vegas gamblers of Tim Powers’s Last Call or the decades-long poker game for control of Jerusalem in Edward Whittemore’s Jerusalem Poker. In North’s version, though, the games in question aren’t confined to the card or board games that go on in the secret gaming parlor of the title, but include such unlikely old children’s pastimes as tag or hide and seek, which in North’s hands can become deadly.

Although originally published as a trilogy of novellas, The Gameshouse works just as well, or possibly better, as an episodic novel; some nearly immortal characters reappear in each section, and the final section resolves some issues laid out in the first. The opening section, “The Serpent”, set in 17th-century Venice, introduces us to Thene, the daughter of a wealthy cloth merchant, who finds herself in a failing marriage with a surly and obsessive game player who haunts the Gameshouse despite his epic incompetence at the games – which include everything from chess and checkers to mah-jongg and Nine Men’s Morris. Trying her own hand, Thene proves successful and meets a shadowy figure named Silver, who invites her to join another Gameshouse, behind a silver door which is open only to those who have been found promising by the house’s mysterious umpires. Here, in games which have been going on for centuries, the play­ers might wager not only possessions, but skills, memories, and years of their lives. Thene finds herself joining a game whose prize is Venice itself, and whose gamepieces include politicians, armies, and power brokers. North has done solid enough historical research to show how Venice’s byzantine politics map onto a gaming template (though it’s not really that much of a stretch), and Thene eventually becomes a master player who will show up, hundreds of years older, in the subsequent sections.

Those sections, though, turn out more to de­pend as much on headlong adventure as on clever gaming strategy. The second, “The Thief”, moves the action to Bangkok in 1938. We learn that the Gameshouse can appear in different times and places, somehow squeezing itself in between existing architecture, and this time the stakes have expanded beyond a single city to the entire nation of Thailand. The main figure here is a veteran player named Remy who, as the result of a drunken bet, finds himself pursued by his archrival Abhik Lee in an extended game of hide and seek, which mostly involves Remy hiding out and outwitting his pursuers in the jungles in a version of the old Richard Connell story “The Most Dangerous Game” – except that Abhik Lee seems to have the almost unlimited resources of a classic Bond villain. By the third section, “The Master”, the action shifts to contemporary New York and moves into full Jason Bourne territory, with world-ranging pursuits, mercenary soldiers, and electronic surveillance replacing the simpler political manipulations and raw survivalism of the earlier sections. The stakes have expanded now to include the Gameshouse itself – and hence, presumably, the world – as the ancient player Silver challenges the Gamesmaster for absolute control.

Characteristically, North describes all this in a travel-guide voice, which can at times be ingrati­ating or annoying, with words or phrases breath­lessly repeated for dramatic effect, frequent one-word sentences or one-paragraph chapters, and more than a bit of portentous foreshadowing – a technique that is as contemporary as James Patterson and as oddly archaic as an old-time radio drama narrator (“the curtain is parted, the music ceases, and the player takes the stage”). For most of the novel we are hearing the voice of an almost omniscient, first-person plural nar­rator that effectively works as a rather unsubtle voice-over, but the final section, narrated by Silver himself, focuses the action in a way that the story has been needing for quite a while. With so many secondary characters literally serving as game pieces, it’s not surprising that many of these figures echo central casting, but the major figures – Silver, Remy, and especially Thene – are rendered with a degree of honesty and complexity that makes their story a good deal more engaging than the machinery of the plot requires. In the end, we care about them more than about the damned game, and that’s what a novel should do. 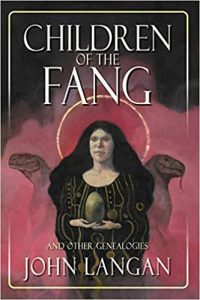