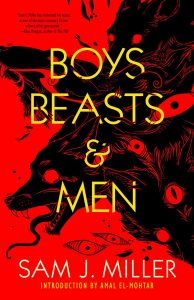 In reading his new collection Boys, Beasts & Men, it came as a bit of a surprise to remember that Sam J. Miller’s first novel, The Art of Starv­ing, appeared only five years ago, and that the earliest of the 14 stories here date back only to 2013. This may in part be due to Miller’s impres­sive feat of publishing a novel a year since 2017, but it also has a good deal to do with the eclecti­cism of his work: Blackfish City was solid post-global-warming SF set in a brilliantly imagined future metropolis, while Destroy All Monsters was a strong coming-of-age YA fantasy, and The Blade Between, despite its realistic portrayal of the gentrification of a small town, ended up basically as a horror story. So Miller is clearly one of the generation of writers thoroughly com­fortable with genre-hopping (or genre-ignoring, or genre-pillaging), and Boys, Beasts & Men is no exception to that. In fact, it was also a bit surprising, given the strength of Blackfish City, to realize how comparatively little traditional SF Miller has actually published.

Miller’s strongest SF story here, and probably his most anthologized, is ‘‘Calved’’, set in the same Arctic city of Qaanaaq that would provide the setting for Blackfish City, but its focus is less on the post-apocalyptic future than on the problems the narrator faces in relating to his son Thede, a victim of both racist and homophobic school bullying. The father, himself a survivor of foster-care homes in Brooklyn, tries to appeal to the boy by giving him a prized T-shirt from his own childhood, but the father’s own brutal impulses cause the gesture to backfire horribly. The vivid SF setting may be marginal to the tale, but the themes of parents, troubled identity-seeking teens, and bullying are among Miller’s most consistent. Another parental point of view, featured in ‘‘When Your Child Strays from God’’, is that of a self-righteous deacon’s wife who at­tempts to spy on her rebellious son by means of a drug that induces ‘‘spiderwebbing,’’ or shared hallucinations; again, it’s the parent who learns more than expected.

More often, though, Miller’s narrators are the kids themselves, mostly of high school age, sometimes enduring the foster care system, often having to struggle with bullying and homophobia – but sometimes with hidden powers of their own, possibly born of pain and rage. Sometimes this leads to greater self-awareness, as in ‘‘Conspicu­ous Plumage’’, in which a teen in the repressive 1950s enlists the aid of a classmate with the power of inducing visions, in order to find out exactly how his older brother died; sometimes it leads to a discovery of collective action, as in ‘‘We Are the Cloud’’, in which the poor – including kids in the foster care system – rent out parts of their brains to support an information-processing net­work, until they realize that there may be power in collective action. Sometimes it leads to a kind of revenge, as in the stylized ‘‘57 Reasons for the Slate Quarry Suicides’’, in which a 16-year-old with psychokinetic powers learns to control the behavior of a gang of school thugs; the tale builds considerable narrative power from its 57 formally numbered paragraphs and its subtly shifting meanings of ‘‘reasons.’’ If that sounds a bit like Carrie, Miller’s narrator notes the same thing. Miller’s use of film sources is much more effective in two stories that ingeniously weave classic Hollywood monsters into real history. ‘‘Shattered Sidewalks of the Human Heart’’, a bit too poetically titled for its own good, is set some years after King Kong fell, as a Jewish cabdriver finds himself giving a ride to Ann Darrow (the Fay Wray character), just as dark forces of intolerance, colonialism, and anti-Semitism are emerging again at the start of WWII. More effective – and the other best SF tale here – is ‘‘Things with Beards’’, as the surviving MacReady from John Carpenter’s 1982 The Thing (not the Campbell story) returns to New York near the beginning of the AIDS epidemic, unknowingly harboring the deadly alien shape-shifter; the parallels are bril­liantly managed and provocative, if not too subtle.

Miller’s most powerful treatments of latent powers, though, form a kind of diptych around two key periods of New York gay history: the Stonewall rebellion of 1969 and the growing ac­tivism around the AIDS epidemic in 1987. ‘‘The Heat of Us: Notes Toward an Oral History’’ is presented as Stonewall testimony from a variety of figures: two New York cops (one secretly gay and the other viciously bigoted), a university administrator, a reporter, a stenographer, a book­store owner, etc. Again, Miller invokes the sort of psychokinetic powers we saw in ‘‘57 Reasons for the Slate Quarry Suicides’’, but here the collective rage and anguish in response to the police raid are so powerful that they coalesce into ‘‘a super­natural phenomenon that would later be called by names as diverse as collective pyrokinesis, group magic, communal energy, polykinesis, multipsionics, liberation flame, and hellfire.’’ Cops are incinerated or vaporized entirely by spontaneous flames, and the doors of paddy wagons inex­plicably melt, releasing the captives. While the spectacle itself is impressive enough, a kind of alternate-history literalization of fury, the story gains most of its strength from Miller’s effective use of multiple points of view. Multiple narrators also add to the power of ‘‘Angel, Monster, Man’’, set at the height of the AIDS crisis, when ‘‘none of us could count on next year.’’ Faced with a growing archive of unpublished work left behind by AIDS victims, three friends – a literary agent, a photographer, and a writer – decide to create a kind of composite figure to bring those works into print. Their success backfires, of course, but in ways that shift the story into a darker tone than we might expect. (Readers of Miller’s The Blade Between will recognize an early version of the terrifying Tom Minniq in that novel.) Miller links the tales in Boys, Beasts & Men with short connective interludes that form a kind of ominous tale of its own – he got the idea from Bradbury’s The Illustrated Man, he tells us in his useful story notes – and that ends with the line ‘‘Take stories, see whole worlds.’’ Given the pain and joy that Miller can so vividly evoke, it’s both an admonition and a celebration. 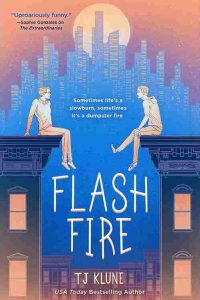 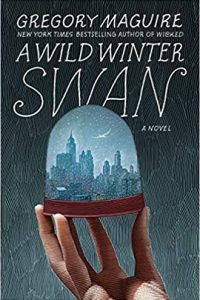