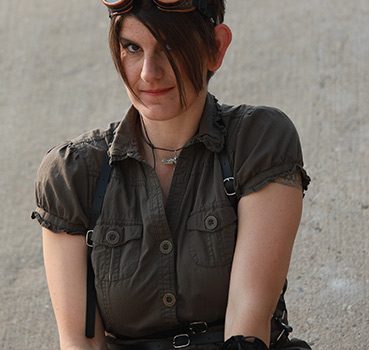 All ideas come from somewhere. For me, a book really starts taking shape when I have three separate ideas that come together. These ideas come from all sorts of places, but at least one of them is almost always from another piece of art. For example, for one of my novels, I found a gorgeous picture on Deviant Art that filled my mind with possibilities, and brought my story in an unexpected and fascinating direction. This is the same reason I often look up artwork and photographs for new chapters as I’m writing; I recognize the fact that I’m inspired by the art and ambition of others, and that their creativity can help transform my own. And I think this is exactly what we hope do with our art—to make other people fall in love so much that it makes them want to run out and create something of their own. There is no greater compliment than this.

I am a rabid music lover, so for me, this inspiration often comes from songs and lyrics. When I hear a line like “The person that you’d take a bullet for is behind the trigger,” my mind spirals with possibilities, until it grabs on to the aforementioned two other ideas I’ve been playing around with, and a story blossoms in my heart. This, I suspect, is part of the reason so many people create playlists for their books. I no longer write with music on, but I agree that having the right kind of music playing while you’re brainstorming or doing banal tasks can ignite the imagination in all the right ways.

But you don’t have to be an artist to be touched deeply by a piece of art. I’d be remiss not to bring up the profound effect my favorite band, Linkin Park, has had on both my life and my writing. I latched onto them as a teen because the raw anguish and emotions coming out of their music read the pages of my life in ways I thought no one understood. There’s so much pain, fear, and anger in those first two albums, and that unfettered honesty means everything to people who thought they were alone in these feelings. I could go on. I could talk about the third album that came out shortly after my brother died, with a song called “Valentine’s Day” that seemed to commemorate the very day we’d held his funeral. I could talk about the apocalyptic message of the fourth album that spun through my head like an addiction, generating seeds of inspiration. And I could talk about the tragic loss of the lead singer to suicide in 2017, bringing everything he’d sung about for seventeen years full circle.

I was the one who hosted the memorial for Chester Bennington for the local Linkin Park fanbase. It was Linkin Park’s lyrics that had made me realize I wasn’t alone in my innermost feelings; but it was this memorial that showed me I wasn’t alone in being deeply moved by both their messages and the loss of such an iconic figure. There was a whole community I’d known nothing of who needed someone when they realized that the darkness can take even the most successful figures. It was this amazing art that brought us all together, to sing songs we all knew and light candles and remember.

Your artwork matters. It matters so much. It matters to those whose lives you touch, and it matters to those who want to create something of their own. It can be a terrifying thing, to share the thoughts we think no one understands—but the thing is, there’s always someone who understands, and sometimes they need that message more than you’ll ever know. The beautiful, honest, and pure unrestrained art out there could be the air that someone survives on.

Create so others can create. Create so you can breathe. And know, above all, that if someone’s art has reached out to you, it has reached someone else, too. That is the very nature of what we do with our art. We connect.

Our art is what brings us together.

Reese Hogan loves nothing more than creating broken relationships in broken worlds. With a Bachelor’s degree in English and a minor in journalism, Hogan has spent the last twenty years honing her craft by taking classes, listening to podcasts, and attending writing workshops and critique groups. She is passionate about music, especially alternative and punk rock, and adamantly believes that art can reach out in a way no other form of communication can. She lives with her family in New Mexico.

It All Started When: Cheryl Morgan 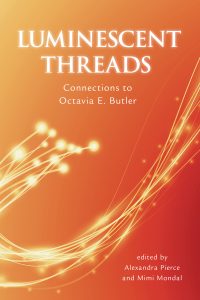