Larry Nolen is a reviewer and translator.

It is difficult to select two suitable stories out of the hundreds, if not thousands, of translated and non-translated SF/F stories over the years. It would be a cop-out to choose an extremely well-known writer, such as Jorge Luis Borges or Julio Cortázar, whose fame crosses several genre boundaries, yet there needs to be some cross-subgenre appeal as well. Argentine writer Angélica Gorodischer’s fiction occupies that happy medium. Her stories have earned her accolades and comparisons to American writer Ursula Le Guin, which makes it fitting that it was Le Guin’s 2003 translation of Gorodischer’s 1983 book, Kalpa Imperial, that (along with a short story of hers that appeared in the collection Cosmos Latinos) introduced her to English-reading audiences across the globe.

Kalpa Imperial consists of eleven interconnected tales that narrate rises and falls within the Greatest Empire That Never Was. Within these stories, Gorodischer expertly weaves themes such as responsibility, tradition and rebellion against outdated principles into a complex tapestry of tales that outline an imagined history that resonates with readers. Gorodischer’s stories utilize several voices, from the privileged and non-privileged classes, male and female narrators, to create a depth of “history” that belies the book’s relatively short length. It is her ability to create memorable characters and have them clash against realistic obstacles that make Kalpa Imperial an impressive work that only deepens its mark upon the reader with each successive re-reading.

Anglophone readers are lucky that volumes such as Kalpa Imperial are available in translation. All too often, it takes decades (even more than the two decades between the publication of the first half of Kalpa Imperial and the full text of Le Guin’s translation appearing) and a massive non-Anglophone readership for most non-English language SF/F works to appear in English translation. There is a wealth of excellent SF being produced in Latin America, Western Europe, Eastern Europe, China, Japan, and all parts in-between. Yet a miniscule amount (likely somewhere around that infamously low three percent mark that has been estimated for translated fictions of all sorts being published in the US in a given year) is made available in English translation. Selecting which author most deserves a wider English-language readership was very difficult, but ultimately I decided that I would highlight someone who has written several novels which span a variety of sub-genres.

Portuguese writer David Soares is one of the most talented writers that I have read who has not had any of his novels published in English translation. He has written dark, thriller-tinged novels such as A Conspiração dos Antepassados (Conspiracy of Ancestors), where Fernando Pessoa and Aleister Crowley work together to solve a mystery surrounding the Quixotic 16th century king Dom Sebastião; Lovecraftian fiction such as A Sombra Sobre Lisboa (Shadow Over Lisbon), and an anthropomorphic animal fable, Batalha. Yet out of all of his fictions, it is his 2010 novel, O Evangelho do Enforcado (The Gospel of the Hanged) that I believe might best represent his talents as a writer to a non-Portuguese speaking audience. When I reviewed it in July 2010, this is part of what I had to say about it:

Portuguese writer David Soares’ recently-released book, O Evangelho do Enforcado is perhaps his best work in a career that has spanned a decade since the release of his first novel, A Conspiração dos Antepassados.  It is, as have his other novels been, simultaneously a history of sorts of Portugal’s past and a feverish fantasy that evokes images of the supernatural.  But it is here in O Evangelho do Enforcado that I believe Soares manages to mix these two narrative elements together to create a seamless whole that grabs the reader’s attention from start to finish.   The story here spans roughly sixty years, from 1390 to 1450, during the time that the Portuguese royal family, including Prince Henry the Navigator, began to expand Portugal’s influence beyond the Iberian peninsula.  It is a story that revolves in part around the mysterious os Painéis de São Vicente (the Panels of St. Vincent), which was made during this time and which may contain several mysterious references to the royal family of Aviz. Soares devotes a lot of narrative space toward making each main subplot believable and yet fresh and exciting as well.

The intervening two years have only strengthened my conviction that if Soares were to receive the right marketing approach from an American or UK publisher, his fiction could have a strong cross-genre appeal similar to that enjoyed by Carlos Ruiz Zafón. There is something for those who love great mysteries, supernatural occurrences, or excellent historical stories. Not too often does a writer manage to meld these elements together to create a seamless entity that is stronger for having these disparate elements, but Soares is one of those rare talents that manages to do. It is a shame that he is not yet available in translation. 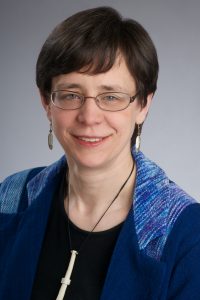