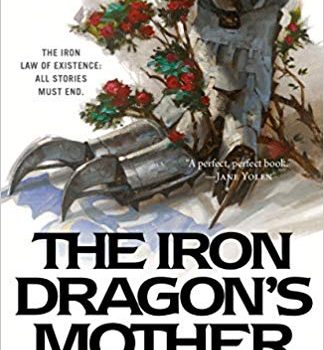 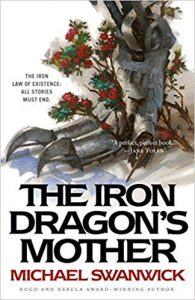 There are hints of the afterlife in Michael Swanwick’s The Iron Dragon’s Mother, but it’s hard to accuse a fantasy world of pretentiousness when it cheerfully includes living metal dragon jet fighters along with Hello Kitty backpacks, or in which the streets of a magical underwater city are lined with Vuitton and Dolce & Gabbana shops. Swanwick first introduced us to this world with The Iron Dragon’s Daughter back in 1993 and later returned to it with The Dragons of Babel in 2008. The new novel is independent of both of those, though readers of the latter should be pleased to find that Esme, the mysterious and ancient little girl who was one of The Dragons of Babel‘s most engaging characters, is back and as insouciant as ever. At first, Swanwick’s technique of peppering his version of Faerie with familiar names and products along with the more traditional furniture of dragons, mer­maids, haints, invisibility wards, and such may seem whimsical, but whimsy is never the point; it’s more like an assertion of writerly authority, a reminder that he, and not our expectation, is driving this vehicle. If there were a slogan for Swanwick’s approach to fantasy, it could just as well be “Why Not?”

When it comes to characters, family relation­ships, and the manipulations of power, though, he plays it straight: no one is allowed to be a cartoon, though some – like the trickster Raven who as­sists the protagonist here – fill archetypal roles. The story opens fully grounded in our own world, as a dying woman named Helen V., a retired TV producer, finds herself thrust into the mind of Caitlin, an elite dragon pilot who has returned to her wealthy family estate of Sans Merci for her father’s planned death (an odd family tradition). The banter between the cranky, cynical Helen – who clearly isn’t enamored of the fantastic world she finds herself in – and the more idealistic Caitlin sometimes lends a screwball comedy note to the dialogue, but also serves to let us see this world through two lenses at once, providing a kind of critical gloss on the story.

Caitlin’s main problem – apart from her cold and dismissive dragon of a mother and her responsibility-averse brother – is that while she’s back home, someone trumped up serious charges against her, including damning testimony from her own dragon (named 7708, as though he were a locomotive). Her brother, who might be of help, has disappeared through a magical portal to avoid having to assume the role of master of House Sans Merci, so Caitlin’s quest becomes twofold: clearing her name and learning who was behind the false charges, and finding her brother. Accompanied only by Helen rattling around in her head, she commits an irrevocable and radical act and takes off on a stolen motor­cycle on a picaresque journey that later involves smuggling ships, trains, and eventually a talking SUV named Jill. They join forces with Esme, that preternaturally knowledgeable little girl from The Dragons of Babel, and eventually with the trickster Raven and a few other allies, facing a vast conspiracy which, fortunately for them, is pretty ineptly run. While traditional fantasy quests seldom involve finances, Caitlin has to take mundane jobs like waitress or file clerk to get by, and the latter job not only puts her in contact with a powerful adversary, but en­ables her to learn some of the secrets of how her world was formed. The dragons themselves get relatively little time onstage, but the irresistible appeal of Swanwick’s version of Faerie, along with his usual skill at drawing vividly complex and conflicted characters trying to solve a mys­tery whose stakes keep spiraling outward, lend the novel a density and texture that seems a bit surprising, considering all the fun we’re having along the way. 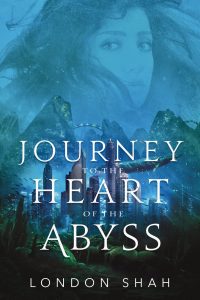