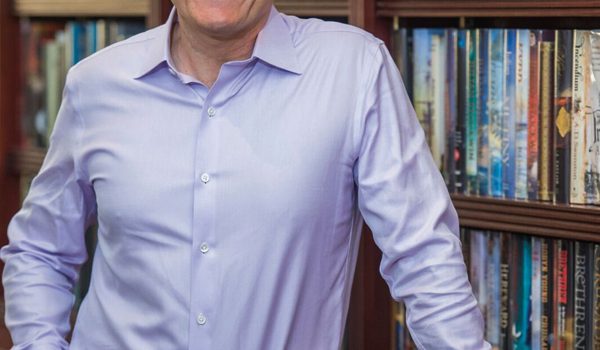 DAVID BALDACCI published his first novel, Absolute Power, in 1996. The feature film adaptation followed, with Clint Eastwood as its director and star. Baldacci has published 37 novels for adults; all have been national and international bestsellers, and several have been adapted for film and television. His novels are published in over 45 languages and in more than 80 countries, with over 130 million worldwide sales. Baldacci has also published seven novels for younger readers.

Baldacci received his bachelor’s degree from Virginia Commonwealth University and his law degree from the University of Virginia School of Law, after which he practiced law in Washington DC. He and his family live in Virginia.

The fourth book in the Vega Jane series, The Stars Below, is just out. Tell us about the series.

Vega Jane is a 14-year-old girl living in the oldworld village of Wormwood, which is surrounded by the Quag, an impenetrable forest filled with deadly beasts. Vega and her fellow villagers have always been told that there is nothing beyond the Quag, so there is no reason to try to pass through it, notwithstanding the deadly beasts. But Vega, a fiery, independent person, doesn’t believe that. She sets out to find the truth behind her world, and herself.

Most of your work has been crime or political thrillers. Why the switch to fantasy? What appeals to you about writing in that genre?

I loved reading fantasy as a kid, and it’s always good as a writer to motivate yourself to try something different, to get out of your comfort zone and scare yourself at the same time. Fear is a great antidote to complacency. In writing a fantasy I was able to stretch my imagination to its limits. I could create an entire world from scratch and fill it with what I wanted. I couldn’t do that with my thrillers.

Did you have the whole series planned from the start? Is it a single arc, or more episodic?

I had nothing planned out. I let the story grow organically. It was more fun and surprising that way. It’s multiple worlds with multiple arcs.

You’ve written a lot of series in your career, in various genres. What particular advantages or pleasures does working in the same universe offer you as a writer?

You get a feel for the storytelling, and it lets me follow my interests in politics, government, law enforcement, intelligence gathering, and other related fields.

What other books or series of yours are most likely to appeal to SF/fantasy readers?

The Winner has a bit of SF in it because of the villain, Jackson. And my novel No Man’s Land offers up a lab-created super soldier. I’m not sure how SF/fantasy that is. They’ve probably already done it!

They can see the characters grow and evolve over the course of a number of books. It’s like episodic TV versus a onetime movie. It allows the reader more opportunity to see the world and characters created by the writer.

This summer I have a mystery novel set in post- WWII America that deals with a former soldier and ex-con as he deals with new challenges in his life. And I may take a stab at writing a fantasy again!

This and more like it in the April 2019 issue of Locus. 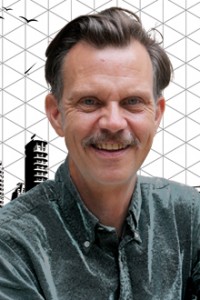