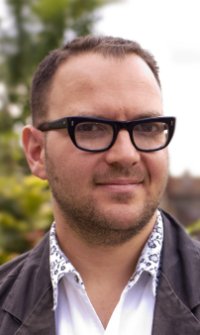 The legendary musician, producer, and weirdo Brian Eno has many notable accomplishments and high among them is the production of the ‘‘Oblique Strategies’’ deck, a deck of cards emblazoned with gnomic and hard-to-parse advice that is meant to shake your creative rut: ‘‘Fill every beat with something,’’ or ‘‘Infinitesimal gradations’’ or ‘‘Do nothing for as long as possible.’’

My favorite of these – first learned from Bruce Sterling – is ‘‘Be the first person to not do some­thing that no one else has ever thought of not doing before,’’ which I think of as being a bit like a lifestyle version of Jenga in which you remove something you’ve always assumed was vital and see whether everything falls over.

I first applied this advice most successfully to my 2008 novel Little Brother. Little Brother is a YA science fiction novel, which is to say it’s a pulp novel even by pulp novel standards. I don’t mean this to be pejorative. I love pulp novels, love their emphasis on plotting and stuff happening. As William Gibson told the Paris Review:

The only kind of ghetto arrogance I can summon up from being a science fiction writer is, I can do fucking plot. I can feel my links to Dashiell Hammett. If I meet some guy who subsists on teaching writing in colleges, and if there’s any kind of hostility, I think, I can do plot. I’ve still got wheels on my tractor. The great thing is when you’re doing the other stuff and you whip the plot into gear, then you know you’re driving something really weird.

In pulp novels, the plot is a vast and powerful engine that can pull a train containing anything or everything: subtle themes and obvious ones, light entertainment and brooding, thoughtful tales. But pulp stories live and die by their plots, and so whatever tale you’re pulling, it has to be in service to that all-powerful engine, even while the engine pulls along that tale.

That is how we got the curiosity known as the technothriller. Bruce Sterling defines this as ‘‘a science fiction novel with the President in it’’ but I’m using the term more broadly. Technothrillers are stories that hinge on the capabilities and constraints of the computers in them (be they the kind of computer you put in your pocket or the kind of computer you put in a Boeing 747 and then put your body inside of). But in the traditional technothriller, the capabilities and constraints of those computers are arbitrary, and they serve at the tyrannical discretion of the pulp author, who can add to them or subtract from them according to the demands of the story. Would your hero face higher tension if the computer could do something well-understood to be impossible? So mote be it. Is the story made more exciting if some widely known capability of computers didn’t exist? Wave the auctorial hand and make it vanish.

In Little Brother, I dispensed with this convention. I set out to write a technothriller in which the heroes’ challenges were designed around the real capabilities and constraints of computers – the plot turned on real computers, not imaginary and convenient ones. This spared the reader the need to expend their limited stores of suspension of disbelief on impossible computers and save it up for the parts of the story that mattered.

While that novel is sometimes criticized as being ‘‘esoteric,’’ I maintain that it has no more technical detail about real-world computers than, say, JK Rowling provides on the rules governing her imaginary magical system. The difference is that the real powers and limits of computers are broadly understood, and even for people who only vaguely understand them, a story that turns on these constraints takes on an urgency and immediacy that supercharges that big diesel, the pulp plotting engine.

Be the first person to not do something that no one else has ever thought of not doing before.

My newest novel is Walkaway, a novel for adults (that is to say, a novel that could conceivably get a teen librarian fired if handed to a kid without know­ing a little about that kid’s parents). Walkaway is also a novel that tries to remove a critical block from the Jenga tower of pulp plotting to see whether it stands up or falls to pieces.

Pulp stories, it is said, have two great themes: ‘‘man vs. nature’’ and ‘‘man vs. man.’’ But as any­one who loves a good dystopian tale knows, the canny pulp writer can have a two-for-one in the form of ‘‘man vs. nature vs. man’’: The earthquake knocked your house over and then your neighbors came over to eat you. Your basic Cormac McCarthy verse-verse-chorus.

In its own way, man-vs-man-vs-nature is every bit as much a fantasy as the technothriller’s impos­sible, plot-expedient computers. As Rebecca Solnit documented in her must-read history book A Paradise Built in Hell, disaster is not typically attended by a breakdown in the social order that lays bare the true bestial nature of your fellow human. Instead, these are moments in which people rise brilliantly to the occasion, digging their neighbors out of the rubble, rushing to give blood, opening their homes to strangers.

Of course, it’s easy to juice a story by ignoring this fact, converting disaster to catastrophe by pitting neighbor against neighbor, and this approach has the added bonus of pandering to the reader’s lurking (or overt) racism and classism – just make the baddies poor and/or brown.

But what if a story made the fact of humanity’s essential goodness the center of its conflict? What if, after a disaster, everyone wanted to help, but no one could agree on how to do so? What if the argument was not between enemies, but friends – what if the fundamental, irreconcilable differences were with people you loved, not people you hated?

In Walkaway, I tell an ‘‘optimistic disaster story’’ in which the conflict arises from the differences between people of goodwill, people who like each other, people who want to make things better, but can’t quite agree on how.

Time will tell whether Walkaway reaches as many people as Little Brother has, but the early indications are good – and the early reviews seem to grope for this point: that a story where you don’t have to suspend your disbelief to imagine the conflict is one where the conflict itself feels much more immediate.

This review and more like it in the July 2017 issue of Locus. 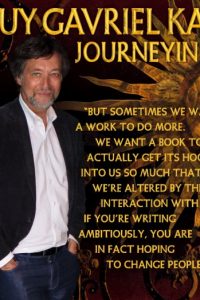 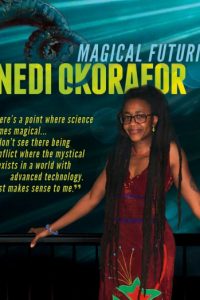 One thought on “Cory Doctorow: Be the First One to Not Do Something that No One Else Has Ever Not Thought of Doing Before”