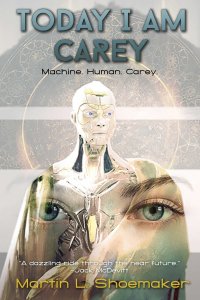 Martin Shoemaker’s debut novel (he had his first story publication in 2011), is based on his tale “Today I Am Paul“. That quietly emotional story about “Medical Care Android BRKCX-01932-217JH-98662” garnered Shoemaker a Nebula nomination, and consequently a fair number of readers will certainly be quite interested to see how Shoemaker expands what was a very nicely self-contained SF parable about the intersection of AI and humanity. I am happy to report right at the outset that he does a masterful job, teasing out with a kind of straight-shooting subtlety all the implications of his setup, while unrelentingly and poignantly plucking at the reader’s heartstrings.

The initial short piece forms roughly the first ten chapters of the novel’s sixty-five, and so we have much new material to encounter. I should remark that the bite-sized length of most chapters proves to be a very effective way of parceling out the plot, especially since the book features several chronological discontinuities which have maximum impact when encountered in this sharp, swift manner.

We are immersed from the get-go in the viewpoint of the aforementioned android, at first called 98622 for short. “It” has been engineered as a caregiver of a special sort. Not only can it tend to bodily needs, thanks to its onboard medical modules, but its emulation routines, its empathy algorithms, and its chameleonic features allow it to masquerade as any particular human. Thus, when tasked with taking care of Mildred, a sufferer of Alzheimer’s, 98622 can credibly pretend, for comfort’s sake, to be her son, Paul, or her daughter-in-law Susan.

When Mildred eventually dies, our hero has become so integral to the Owens family that they retain him as a general helper, and name him Carey. His next task becomes nursemaid and tutor for Millie, the young Owens daughter.

The story proceeds from here with a richness of humble quotidian incidents that is sometimes foreseeable by the reader, other times quite unpredictable, but in all cases very organically laid down. To recount the plot at any great length would be to frustrate the pleasures of the text. Suffice it to say that Carey is proven to be unique — as his “parent,” Dr. Zinta, discovers, his factory settings have become quantumly entangled in an irreproducible way — and he manages to expand and extend his capabilities until he achieves true sentience and individuality, all while serving the Owens family for eighty years. Carey will see them through tragedies and joys, ups and downs, better than any human supporter could, all while puzzling over his own nature, always questioning whether he fits any definition of human or is still just a machine that is good at aping homo sapiens.

Before looking at some antecedents for Shoemaker’s “biography of a machine” and seeing how the author measures up, it will be useful to note one major aspect of the book. It is relentlessly domestic and single-focused. This might be the only near-future novel I can think of which draws almost no portrait of the society and culture at large. Except for the chapters set in Belize — a country the Owens family visits as a group — we do not learn anything about the international politics of Shoemaker’s scenario. We get no tidbits about technological advancements, except as such things relate directly to the family (driverless cars) or to medicine or to android design. There’s no talk of space travel, or climate change, or terrorism. The scope is almost one hundred percent domestic (if you expand that realm to include Carey’s service at an assisted-living facility, whose colorful patients serve as a substitute family). So the reader must in turn adjust his or her own expectations downward in this regard, stepping back from, say, intense Kim Stanley Robinson verisimilitude. Now, this to me is a perfectly valid narrowing of the narrative remit, because we are seeing everything through Carey’s sensibilities. All “it” cares about are the Owens and some other cherished associates such as Dr Zinta. Why would Carey bother to annotate the latest pop songs or fashions? Once you accept this tight focus, you can luxuriate in the familial warmth.

Obviously, Shoemaker is following knowledgeably in the footsteps of Asimov and others. Asimov’s very first robot tale, “Robbie,” provides our template, with later additions from such milestones as David Gerrold’s When HARLIE Was One and Steven Spielberg’sA.I. Artificial Intelligence. But what I see as ultimate role model for Shoemaker is the great Clifford Simak. The character of the robot Jenkins in City and its devotion to the Websters is the major resonance for me. And the fact that Shoemaker succeeds in authentically invoking Simak in my mind is his primary triumph.

Clifford Simak, one of my favorite authors, had perhaps one of the most unimitatable voices in SF. Simak’s blend of clear-sighted homespun futurism, combined with a genuine sense of the alien and sense of wonder, had almost no counterparts in the genre. Simak’s ability to tread the fine line between sappy/cornball effects and earnest/primal emotions, while still embracing tragedy, was a skillset possessed by few others. Maybe Gene Wolfe could do it at times, but he often veered into more abstract and arcane sensations. Daniel Keyes got at the same effects in Flowers for Algernon. But who else?

In any case, Shoemaker has the knack. The recounting of Carey’s moral, ethical and emotional development never falls into the trap of bathos.

Carey’s journey, in essence, is that of all sapient creatures: how to discover and employ one’s heart and mind for maximum self-fulfillment while at the same time sharing one’s gifts with those we love. Androids do scheme for a well-earned sleep. 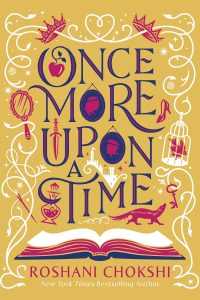 Colleen Mondor Reviews Once More Upon a Time by Roshani Chokshi 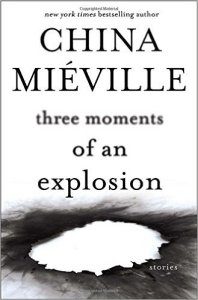 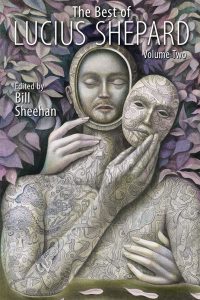