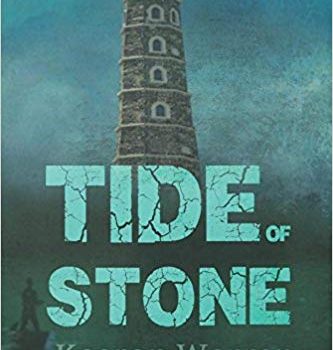 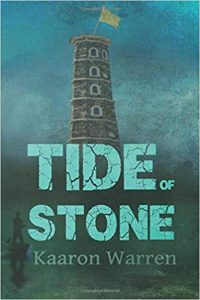 Tide of Stone, Kaaron Warren’s excellent new novel, concerns a unique prison: a great stone tower located on the Australian coast, which houses the worst of the region’s criminals. What distinguishes the prison is neither its shape nor the depravity of its inmates, but the punishment they are undergoing. The residents of nearby Tem­puston, who staff and maintain the tower, are in possession of the secret to, if not necessarily eter­nal life, then indefinite life. At their sentencing, criminals whose offenses are sufficiently grievous are given a choice: a slow death by protracted hanging, or unending confinement in the tower. Of course almost everyone offered the possibility opts for imprisonment. The criminals aren’t told, however, that the treatment to extend their lives will also reduce them to something like mummies, dried-out husks capable of little more than lying around the inside of the tower and longing for the death they once refused. Their immobility means only a single jailer at a time is required to watch them. The prisoners’ sole entertainment lies in interacting with these jailers, in attempting to manipulate them, and it’s in part for this reason that each jailer works a one-year term. The pay­ment for that year’s employ, however, is sufficient to launch that man or woman into a new life, to allow them to pursue and attain goals otherwise out of their grasp. Their 12 months in the prison earn the jailers a greater freedom than not just the prisoners, but many of their fellow townspeople will ever know. And should their situation while in the tower deteriorate beyond the point of en­durance, the jailers have the option of leaving at any time (albeit, forfeiting their financial reward if they do). Prior to departing Tempuston for their year away, each jailer is afforded the opportunity to read the reports their predecessors have filed concerning their time in the prison, in order to prepare them further for what lies ahead.

A fair portion of the novel consists of these col­lected reports, which the book’s protagonist, Phillipa Muskett, goes through on the eve of her year’s em­ploy. It’s a bold move on Warren’s part. The majority of the reports are short exercises in the same format, a scattering of sentences which is as much an (oblique) insight into the writer’s psyche as a description of the prisoners. In the repetitiveness of the reports, Warren anticipates and embodies something of the experience awaiting Phillipa in the tower, a monoto­nous daily routine which will be broken mostly by minor incidents, small variations from the crushingly boring norm. The tower in which the prisoners are confined is an enormous time-keeping device, whose daily sounding marks time for the surrounding area. (Apparently, such constructions were a feature of Australian history.) The tower embodies what the prisoners learn is their true captor, the days, hours, minutes, seconds carrying them unendingly forward. It’s a secular version of Dante’s Inferno, and in this new Hell, some of the jailers assume the role of devil, inflicting further abuse on the prisoners.

At the same time, there are subtle hints throughout the reports that there is more to the prison than is immediately apparent. Already friendly with the prison’s founder (himself still alive after having undergone the same treatment as the prisoners) and familiar with his version of the place’s origin, Phillipa’s service in the tower will bring her into direct contact with its true history. In the structure’s foundation, she finds the horrifying evidence of the monstrous crime upon which the prison has been constructed. That crime is responsible for Tempus­ton’s wealth, and in the connection between the two, it’s hard not to be reminded of Balzac’s remark in Le Père Goriot about every great fortune being founded on a great crime which has been forgotten. Phillipa’s discovery of this secret confronts her with a stark choice: to accept it and the fortune such ac­ceptance will guarantee, and so to become complicit in it; or to reject it, forfeit the money that will allow her a life of ease, and threaten the livelihoods of her family, friends, and neighbors. In its attention to the importance of moral decision making, the novel evokes Le Guin’s “The Ones Who Walk Away from Omelas”; albeit, Warren grants her protagonist significantly more agency.

It’s tempting to read an Australian writer’s specula­tive novel about a unique prison as a commentary on the nation’s history as a penal colony. Yet the narra­tive seems more concerned with the contemporary concern, even obsession, with punishing criminals, with the desire not so much for justice as vengeance. Such excess, the novel implies, poisons those who would indulge it, making them kin to the criminals on whom they would visit unending punishment. The only recourse is to abandon the tower, to walk away from it. 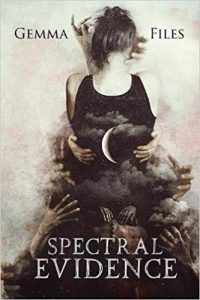 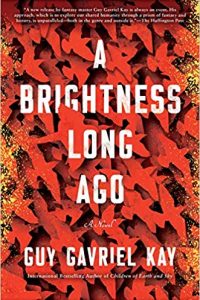